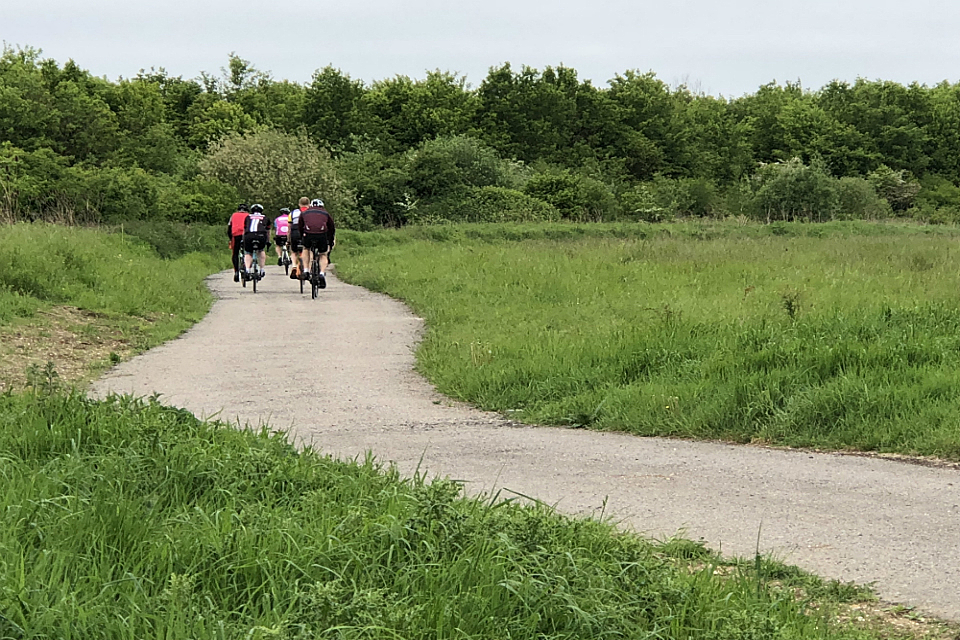 As a part of Highways England’s Cycle, Safety and Integration Designated Funds programme, 19 cycling schemes have been constructed in the region since 2015 while a further 11 are expected to be completed by the end of March 2020.

We want to make sure that our roads in the East create opportunities for cyclists, not barriers to journeys. Our vision five years ago was to create better and improved cycling facilities that are safe and separate from traffic, which encourages cycling as a sustainable form of transport and make every day journeys as easy as possible.

In the future we’ll continue this great initiative of upgrading the cycle network alongside out road enhancements, ensuring that people are able to cycle and walk more – with obvious benefits to their health, safety and the wider environment.

The work in the East of England is part of Highways England’s £175 million dedicated fund to provide improvements and new facilities which make it safer and easy for cyclists and pedestrians to negotiate its roads. So far 101 new schemes have been built nationwide, meaning it’s now far easier than it was for cyclists to navigate the country. A further 49 schemes are on track to be delivered by March 2020

People cycling or walking on the National Cycle Network linking London Stansted Airport with communities across Essex are benefitting from £800,000 of improvements provided by this special fund in 2018. Cyclists can enjoy a safe and scenic route across the busy M11 motorway thanks to the Highways England project to restore the one-mile route between Birchanger village and the airport.

Previously, people commuting on bikes to the airport were having to navigate the tricky junction 8 of the M11, and were often put off using what was little more than a dirt track. Resurfacing sections of the path, putting up new signs, and clearing overhanging vegetation has provided an attractive, traffic-free way to commute to the airport.

Highways England also invested £2.5 million into bolstering cycle routes along the A12 near Lowestoft, in Suffolk. The project made significant improvements to the cycle routes making it easier for people peddling through the town, while a signalised crossing, dropped kerbs and improved signage was also introduced.

In addition to these projects, Highways England has also upgraded cycle ways on the A47 in Norfolk, the A14 in Cambridgeshire, the A120 in Harwich and the A5 in Dunstable.

To keep up to date with the latest cycleway upgrades by Highways England, visit our webpage.