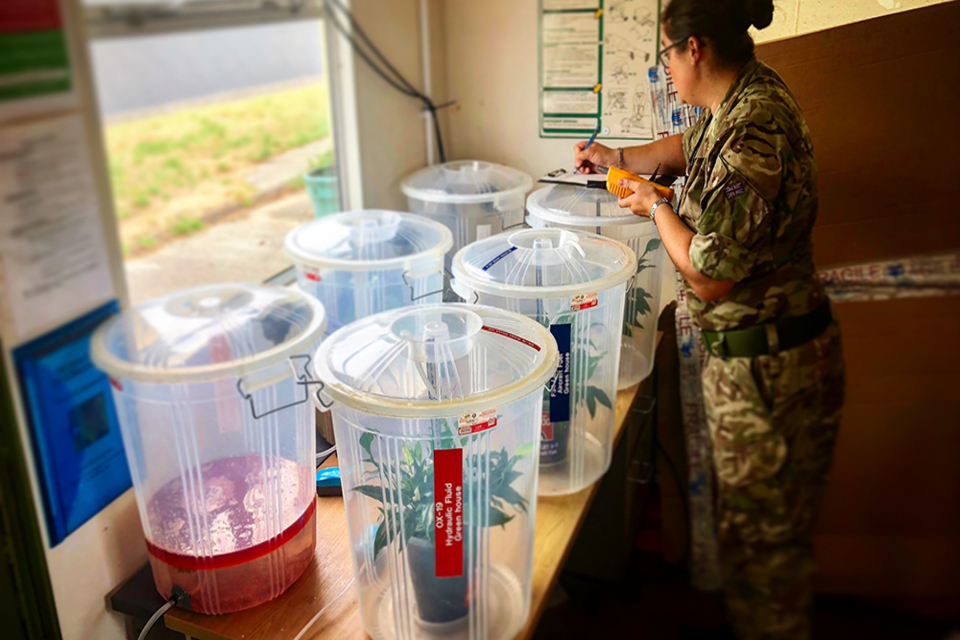 The Defence and Security Accelerator (DASA) can today announce £1m funding for innovative technology to recycle waste aircraft oils and lubricants – saving the Armed Forces money in waste charges whilst delivering environmentally-friendly by-products in the process.

DASA – on behalf of the Royal Air Force – has awarded contracts to three universities and one engineering firm to develop the new technology to turn waste hydrocarbons into recyclable by-products such as water, organic residue for fertilisers, and CO2.

Announcing the funding to an audience of more than 150 innovators from small and medium-sized businesses attending the inaugural DASA Engagement Day at Cranfield University, Defence Minister James Heappey said:

I am delighted to announce the winners of this important DASA competition who will work with great minds in the RAF to decarbonise our flying activities and help with the battle against climate change.

Climate change is one of the greatest threats we face. Working with scientists and innovators, we are determined to lead the way in decarbonising defence.

The contracts will build on the innovative concept of recycling waste hydrocarbons utilising microbes, which was developed by a small team from 47 Squadron at RAF Brize Norton.

The team proved that waste oils and lubricants generated from servicing the Squadron’s C-130 Hercules aircraft could be broken down using microbes by a process called bioprocessing.

The team won the RAF 100 Engineering Competition in 2018 with their concept demonstrator, and the project was selected for further funding to develop the concept for the MOD.

These innovations should provide a significant improvement in the way the MOD manages waste with the ability to use deployable bioprocessors on military or disaster relief operations.

This technology also has the potential to save money for the military – and the taxpayer – in waste charges, as well as protecting the environment.

DASA is proud to be working with the RAF on this important work. Innovation isn’t just about new kit, it is also about new and novel ways of doing things.

The results from this funding have the potential to transform the way the Armed Forces deal with waste hydrocarbons in a green way while saving money.

As well as being used on military bases, it is intended the technology will be further developed into portable bioprocessing systems for overseas bases and operational deployments. This is the first joint competition run by DASA and the RAF.

DASA – the Ministry of Defence’s innovation hub – finds and funds exploitable technology to give Her Majesty’s Armed Forces and UK security a strategic advantage over adversaries while supporting the nation’s prosperity.

DASA works with scientists from the Defence Science and Technology Laboratory (Dstl), academia, and industry to rapidly develop these new technologies.

The organisations awarded contracts are: