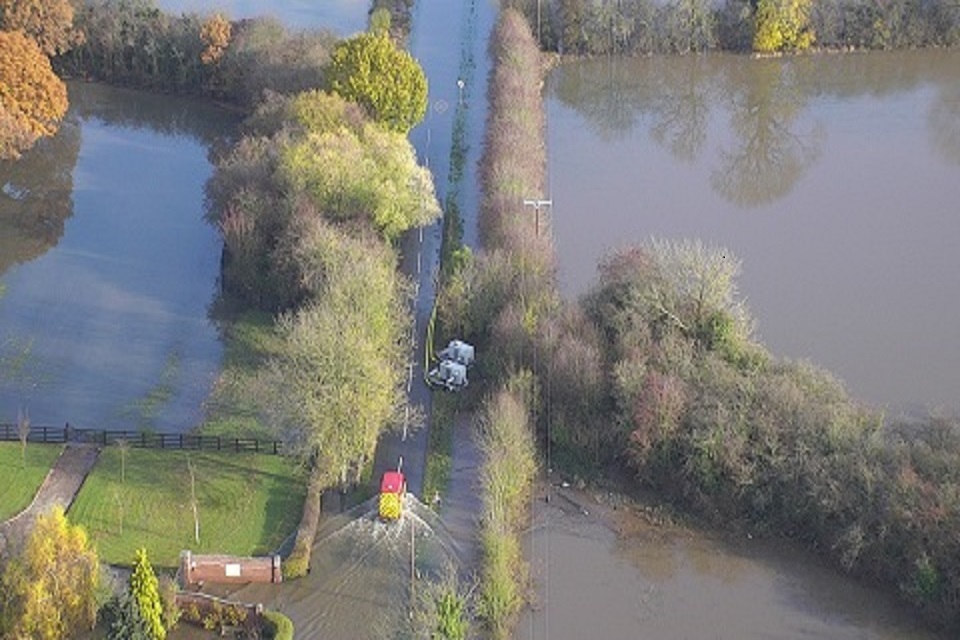 A £2 million fund to support farmers who suffered uninsurable damage to their property in the devastating floods in November has opened for applications today (Monday 6 January).

The Government confirmed in November 2019 that it would extend its Farming Recovery Fund so farmers in parts of South Yorkshire could apply for grants between £500 and £25,000 to cover a number of repair costs, including removing debris, re-cultivation and replacing damaged field gates.

The Farming Recovery Fund is open for applications from farmers with affected land in parts of South Yorkshire, Gloucestershire and the Midlands. Affected farmers in these areas are being encouraged to check GOV.UK to see if they are eligible to claim.

The announcement followed significant overtopping of flood defences and breaches in rivers occurred due to the unprecedented rainfall and subsequent flooding in parts of South Yorkshire, Gloucestershire and the Midlands, including areas within Lincolnshire, Derbyshire, Nottinghamshire and Worcestershire.

The Farming Recovery Fund first opened in September 2019 with £2 million available to support farmers affected by flooding in North Yorkshire and Wainfleet in Lincolnshire over the summer. Today’s announcement brings the total funding available this year up to £4 million, to help affected farmers get back on their feet.

I saw first-hand the impacts of this devastating flooding myself when visiting farmers in Lincolnshire in November. I am delighted we’ve been able to extend our Farming Recovery Fund to cover farmers in parts of South Yorkshire, Gloucestershire and the Midlands who were hit with unprecedented weather last year.

This scheme, coupled with the other measures we’ve announced, will help farmers get back on their feet.

We recognise there has been severe and unprecedented weather this year, so the RPA is working hard to offer advice and support to affected farmers to complete their Farming Recovery Fund applications.

The Farming Recovery Fund provides support to farmers following extreme flooding events, contributing to the costs of the clean-up operation and to uninsurable losses.

While insurance will pay out for the majority of the damage, under the Farming Recovery Fund farmers will be able to apply for money to help cover unexpected costs – such as rebuilding fences and stone walls.

Farmers who have already repaired damage caused by the flooding should keep records of all relevant evidence, including receipts and before and after photos, in order to help the RPA process eligible applications promptly.

The application window for flood affected farmers in North Yorkshire and Wainfleet in Lincolnshire which opened in September 2019 closes on 31 March. The window for this extension of the Fund will close on 31 July, but farmers are encouraged to submit their applications when they are able.

A handbook has been published today on gov.uk with full details of which areas are eligible, what is covered and how to apply for funding. All farmers whose land has been flooded can access existing guidance around CAP payments on gov.uk.

Information about other forms of Government recovery support, including the Business Support Grant and Property Flood Resilience Recovery Support Scheme can be found on gov.uk.

Environment Recycle or replant your tree for a greener Christm…
0
✖