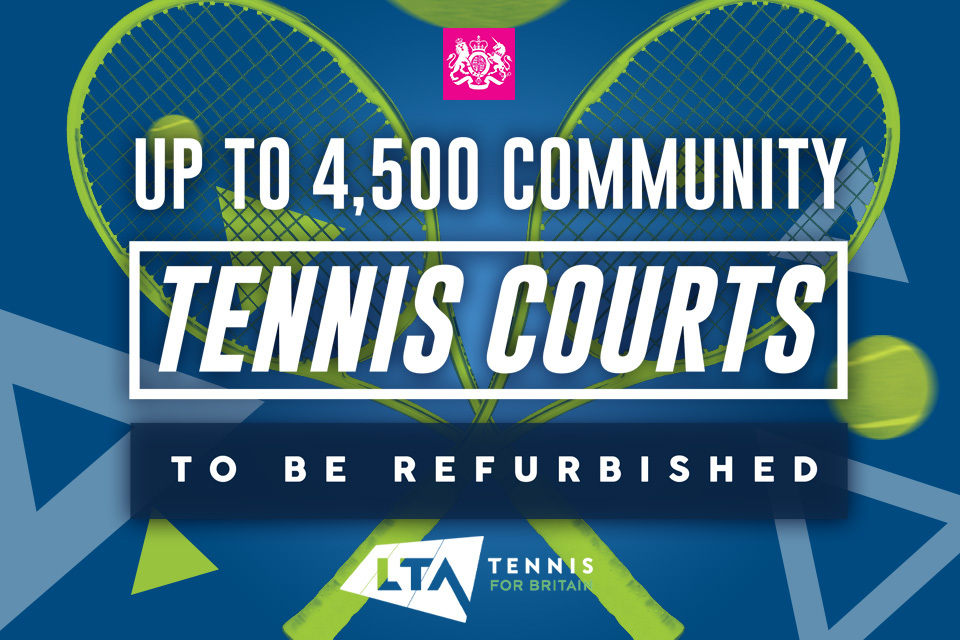 The Government and Lawn Tennis Association have announced a £30 million package to refurbish more than 4,500 public tennis courts in the most deprived parts of the UK, and support a new generation of players to get into the sport.

The package, which will see £21.9 million committed by the Government and £8.4 million by the Lawn Tennis Association, will revive over 4,500 courts including those in a poor or unplayable condition at more than 1,500 venues.

It is designed to open up the sport to people of all backgrounds, support the Government’s commitment to levelling up sports provision across the nation, and provide greater opportunities for everyone to follow the Chief Medical Officer’s guidance on physical activity. The guidance makes clear that children should aim to carry out 60 minutes of physical activity a day, and adults 2.5 hours a week.

It follows unprecedented success for British tennis at the US Open Tennis Championships in September, led by Emma Raducanu becoming the first British woman to win a Grand Slam singles title since Virginia Wade in 1977, and the first qualifier to win the tournament. The final was watched by a peak audience of 9.2 million viewers on Channel 4 as well as being shown on rights holder Amazon Prime.

The government has also announced nearly £30 million a year will go towards improving and opening up school sport facilities in England, as well as to improve the teaching of Physical Education at primary school.

This will build on the 10.1 million which has supported schools to reopen their sports facilities after the Covid pandemic and increase opportunities for children and young people all over England to take part in sport.

It builds on the £320 million PE and Sport Premium, announced for the academic year 2021-22, which helps children become active early on in their lives, supporting primary schools to improve the quality of their PE and sport provision so that pupils experience the benefits of regular exercise. It underlines the importance of PE and sport as set out in the Government’s manifesto, backed by the ambitious School Sport and Activity Action plan which will be updated in due course.

Further detail around the delivery of the funding will be set out in due course.