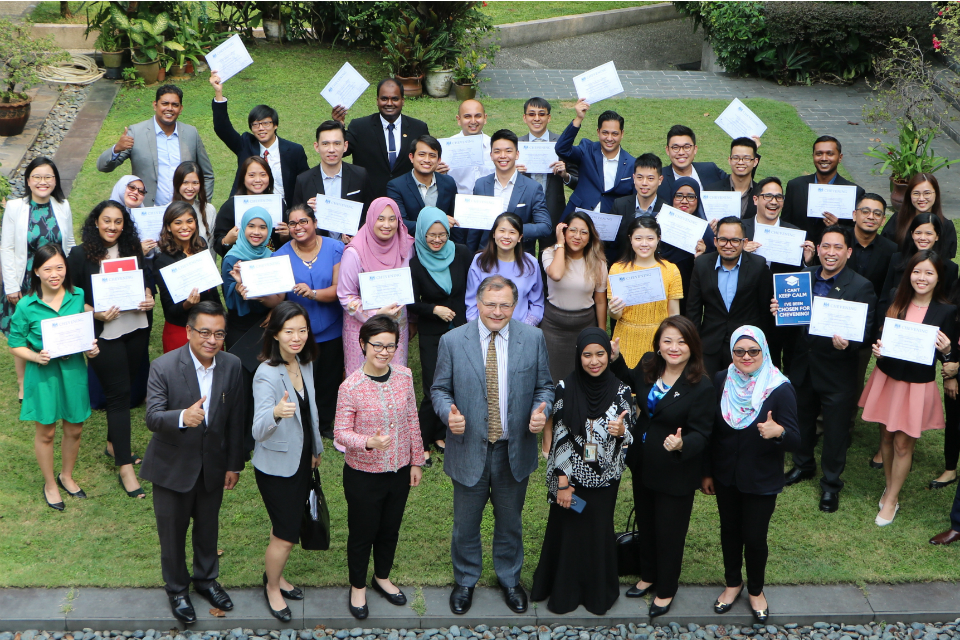 39 Malaysians have been selected as recipients of the prestigious British government’s Chevening scholarship to pursue their postgraduate studies in the United Kingdom for the 2019/2020 academic session.

The Chevening award is the UK government’s global scholarship programme offered by the Foreign & Commonwealth Office. In addition to the British government’s funding, corporate partners including CIMB Group Holdings Berhad, the Prudence Foundation (community investment arm of Prudential), Yayasan Khazanah, Jeffrey Cheah Foundation and British universities are on board to provide additional funding in support of the Chevening programme.

His Excellency Charles Hay MVO, British High Commissioner to Malaysia, hosted a pre-departure briefing and reception for the scholars this afternoon. He said:

A British education is undeniably world class and is very much sought after. I am pleased to announce that the UK is awarding 39 Chevening awards this year to high achieving Malaysians to pursue a master’s degree in the UK.

He continued by saying:

Malaysia is the second largest recipient of Chevening awards in ASEAN. This would not be possible without the generosity of our local corporate partners whose sponsorships complemented Chevening funding from the UK government, which allows us to send so many Malaysians to study in the UK. When these Malaysian scholars return to Malaysia after completing their studies, they will be part of the 1,600 strong Chevening alumni network in Malaysia.

Education has been a key pillar in the longstanding and deep relationship between the UK and Malaysia. There are approximately 18,000 Malaysians studying in the UK each year and another 80,000 students currently studying for a UK qualification in Malaysia.

Successful scholars will be heading to the UK as early as September this year to pursue a wide range of Master’s programmes at top UK universities, with the aim of returning to Malaysia to make a significant contribution in a number of priority areas: public policy; human rights, law and science. This year, we have seen the number of Chevening scholars studying law and engineering double compared to last year.

Chevening gives me the opportunity to study law (Medical Law and Ethics) at University of Kent, to engage directly with the best minds in my field, allowing intellectual discussions on issues faced in Malaysia with a goal of implementing positive changes.

Another scholar Anandaraj Sitthaya who will be studying a Master’s in Crime Science studies at the University College London said:

Chevening opens the opportunity for me to create a lifelong network of global leaders and noble friends who possess a common passion to improve the peace, security and safety of our nations and together design a better world through efficient crime prevention.

Thanks to Chevening, I will be pursuing a Master of Public Policy at Oxford University – An incredible opportunity to hone my skills to better serve Malaysia and learn from fellow change-makers from around the world.

The British High Commission is currently receiving applications for those wishing to study in the UK for the academic year of 2020/21. More information is available on the Chevening website.

Education HMCI commentary: the roles of inspection and auton…