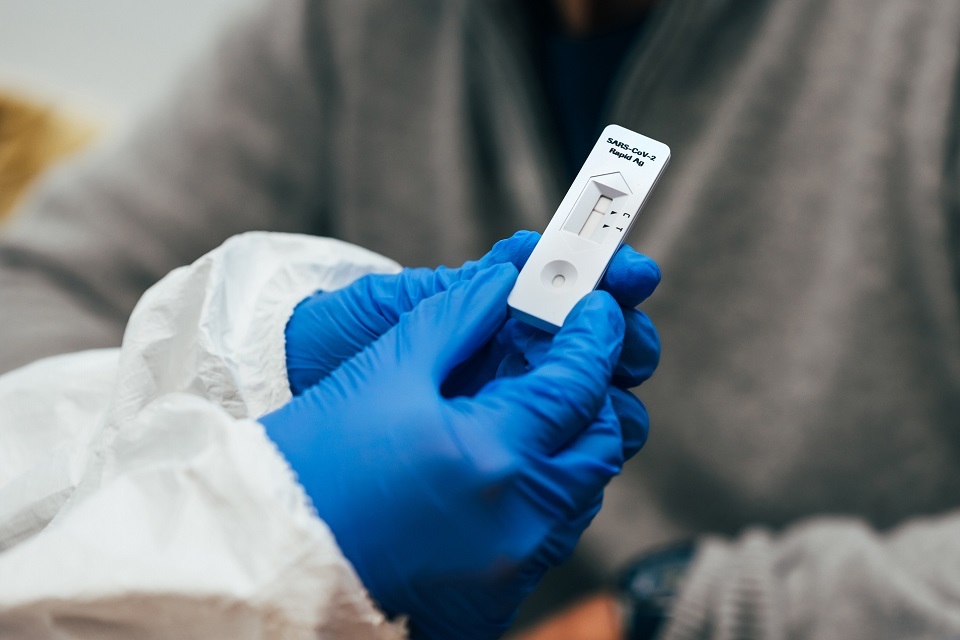 232 local authorities are now rolling out community testing, covering a population of around 42 million people and identifying thousands of positive COVID-19 cases in people not showing symptoms, who could be unknowingly spreading the virus.

With around 1 in 3 people who have COVID-19 not showing symptoms, targeted asymptomatic testing and subsequent isolation is highly effective in breaking chains of transmission. Local authorities are currently being encouraged to target testing at people who are unable to work from home during the national lockdown.

Altogether, 9 out of 10 local authorities in England have developed plans for a community testing programme, and those not already offering rapid testing will be rolling it out soon. To date, over 2.2 million lateral flow tests have been carried out by local authorities for community testing programmes, with over 44,000 positive cases found so far.

To make accessing rapid testing even easier, a new postcode checker will be launching on GOV.UK, to help people who need to leave home for work find out if rapid testing is offered by their local authority or near their place of work. Further information about local authority testing services can be found, via the postcode checker, on their websites.

It is brilliant more than 7 in 10 local authorities in the country are now offering rapid testing to find positive cases and break chains of transmission and even more are due to start soon.

Since the community testing programme was launched in December, local authorities have undertaken incredibly innovative work to rapidly get programmes up and running in local areas, using their local expertise.

I want to take this opportunity to say a huge thank you to the incredible staff and volunteers across the country who are working so hard, alongside local authorities, to help protect people who are unable to work from home, and those at a higher risk of COVID-19, with rapid testing.

The community testing programme operates alongside the rapid workplace testing programme, keeping workers who cannot work from home from unknowingly passing on the virus – and protecting vital public services.

Salford City Council started offering community testing in January with 5 test sites now open, and plans to open additional sites over the coming weeks to ensure they are easily accessible across the city. It was at the Beesley Green Community Centre test site that mental health professional Louise Carey found out she had the virus but no symptoms:

I was getting tested as a precaution for work. I had no symptoms so wouldn’t have got tested otherwise. If I hadn’t had the positive lateral flow test that day, I wouldn’t have known I had COVID-19 and would have been on a hospital ward later that day as part of my job, in contact with people who were mentally unwell as well as 2 doctors, ward staff and, potentially, police and paramedics. I went on to develop symptoms 2 days later and, with that in mind, I am hugely grateful that the service was so quick and it genuinely protected the vulnerable and my colleagues.

I’ve started to get tested every week as I’m a taxi driver and want to make sure I can be sure I don’t have COVID-19 before taking passengers. I’ve been going to Chingford Assembly Hall and have never had to queue and always get my test back within half an hour or so.

Across Lincolnshire over 110 local volunteers are involved in the community support programme providing vital help to those who are isolating. In Boston, 61-year old John Plant is one of such volunteers:

For me, getting involved was absolutely the right thing to do. It means I’m giving something important back to my community at this critical time of need. Like so many others, I want to do all I can to help. At the community testing sites there are a team of individuals who help vulnerable older people and younger people with complex needs through the testing programme – from registration, using the IT device and providing the calm reassurance they need. It’s just wonderful to see their smiles and receive their thanks after we’ve helped them through the test. It makes it all so worthwhile.

Elsewhere in the West Midlands, the City of Wolverhampton Council’s approach to community testing has engaged local communities, providing training and site lead support to empower local communities’ volunteers to run their own sites. Testing sites have been established at the Jamia Masjid Bilal mosque, St Joseph’s Church and The Hub at Ashmore Park, following a successful pilot at the Guru Nanak Sikh Gurdwara, Sedgley Street, late last year.

Being a local organisation, made up of local people, we have seen the disruption and devastation the pandemic has caused on our doorstep and we were keen to do anything we could to help.

Ashmore Park has seen one of the highest infection rates in the country and rapid testing is one way of breaking the chain of transmission and protecting our loved ones, so I’d urge anyone without symptoms to visit The Hub for a lateral flow test – you’ll get your result within an hour.

On 10 January, the government announced that community testing would be offered to all local authorities in England.

Coronavirus Surge testing to be deployed in areas around Lambe…
0
✖