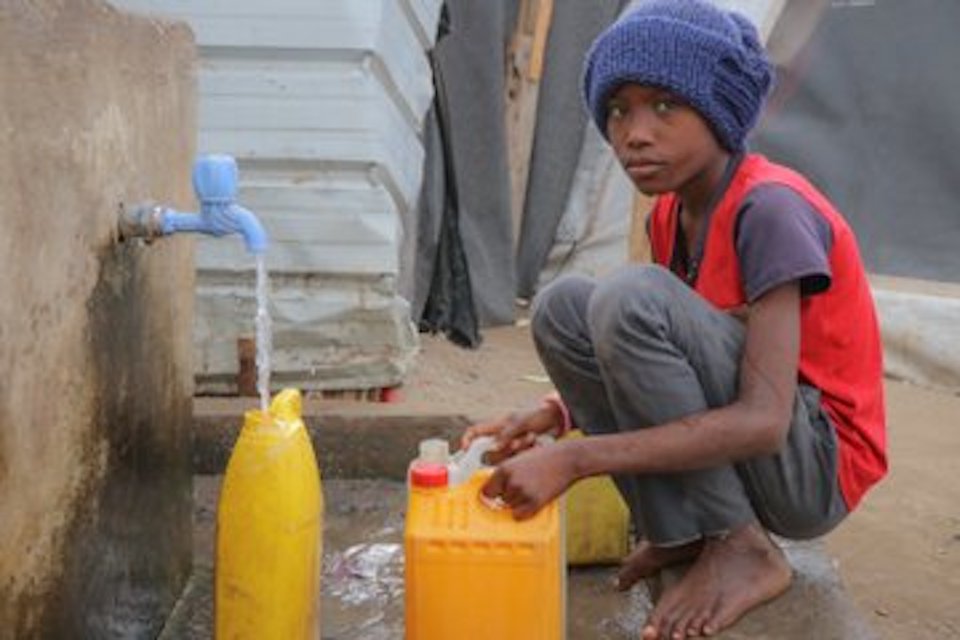 Thank you to Martin and Mark of course for their briefings but I think more importantly, for their unceasing work on this file and for that of their teams. The very last thing that Yemen needs is a major outbreak of COVID-19, as Mark set out the impact that could have through the communities there.

The UK is providing $930 million to support the response of COVID-19 globally, and we’re assessing how we can support Yemen directly to prepare and respond to an outbreak of COVID-19. I’ll just note that the UK gave $300 million in the last financial year and $1 billion since the conflict began.

As we face COVID-19 in Yemen, we encourage the Government and the Houthis to continue engaging with the UN bodies and agencies, including the World Health Organization and OCHA, who were leading the response – and in particular, of course, with Lise Grande on the ground. 24 million people are currently in need of some form of humanitarian and permanent assistance in Yemen and this will help the WHO to identify requirements, procure equipment and ensure supplies, reach those in need.

I think there are three important steps that the parties must take to mitigate the worst effects of the COVID-19 outbreak. Firstly, to agree to a ceasefire. Secondly, to engage with the UN-led political process. And thirdly, to improve humanitarian access.

Now, a ceasefire and cooperation with the UN political process is the best defense we have against the most devastating effects of COVID-19. Martin, you were clear in your statement about the urgency that the Yemeni people, from wherever they come, feel for their leaders to come and make peace. The Saudi ceasefire announcement following the Secretary-General’s call on 25th of March is a rare opportunity to deliver peace in Yemen. And as we endorse that global call by the Secretary-General, we need as a Security Council to apply it in specific country contexts. And in that respect, I call on all parties to seize this opportunity. This ceasefire needs to be made permanent so that the UN-led political process can resume and we can achieve a political solution to this terrible conflict.

I welcome the Government of Yemen’s positive response to Saudi Arabia’s declaration and their willingness to engage in peace talks to achieve a nationwide ceasefire. And I know, too, that the Houthis responded positively to UN Secretary-General Guterres’s call for a nationwide ceasefire in Yemen, but it is disappointing that they have not yet seized the opportunity to make this a reality. So I urge the Houthis to show the international community and more importantly, show their own people that they, too, are serious about ending this conflict by immediately ceasing hostilities, engaging constructively with Martin Griffith’s proposals, including on confidence building measures, of course, for more parties, committing publicly to attending a meeting of the Yemen parties under UN auspices as soon as possible.

We need to be clear as an international community that any refusal to engage with the Special Envoy’s proposals or any attempt to undermine his efforts through military action is an attempt to frustrate the UN’s efforts to end this awful conflict, and will be viewed internationally as such.

On the humanitarian side, I think Mark’s message was clear. COVID-19 could have a huge and devastating impact on Yemen. The equation is simple. The more food, the better fed the people. The more medicine, the fewer infections and the fewer deaths. So we just have to get humanitarian access and supplies in. It’s deeply disturbing to hear Mark used words like “non-permissive environment” in this circumstance. The Houthis must now deliver on the minimum operational requirements that the international community has clearly set out. They include allowing independent needs assessments, signing principal and sub-agreements, and allowing humanitarian agencies to operate independently and freely. And that last point is vital. That will ensure aid gets to the right people. And I know that the World Food Programme has already been forced to alternate monthly food distributions in the north because it could not implement biometric registration beneficiaries. And if these minimal operating requirements are not met then assistance will be scaled back elsewhere. And let me at the same time, picking up on what Mark said, call on the Government of Yemen to grant the necessary approvals and complete the necessary bureaucratic requirements, as Mark set out elsewhere.

I’ve raised a significant risk posed by the SAFER oil tanker a number of times before. A substantial oil leak from the SAFER tanker would have a devastating effect on Yemen in the Red Sea. And whilst negotiations are underway to find a diplomatic way forward, I urge the Houthis to allow either the removal of the oil or a repair mission to proceed. Their continued inaction on this issue is reckless. Huge environmental and humanitarian damage must be avoided.

And we remain extremely concerned that the Central Bank of Yemen will run out of foreign currency reserves in the next few weeks, posing a major economic collapse with humanitarian and political consequences. Significant external assistance to the Central Bank is urgently needed to keep imports coming in. We call on the Government of Yemen to urgently come up with a credible and transparent plan that reassures potential donors of their investments to the Yemeni people. And let me, like Mark, echo my gratitude for the announced contribution by Saudi Arabia.

Colleagues, I conclude by noting that in this Council we have said for some time now that it is self-evident that no one party can win a military victory in Yemen. Over the years, we’ve called for political talks and the peace process to have effect, most recently in our press statement on the 10th of April. Now is that moment and we should all send a strong message of support from this Council to Martin and his team for their efforts and to the parties to get behind those and to seize this opportunity for the sake of the people of Yemen.

A ceasefire and cooperation with the UN political process is the best defense against the devastating effects of Covid-19 in Yemen.

International Affairs Now is the moment for peace in Yemen
0
✖