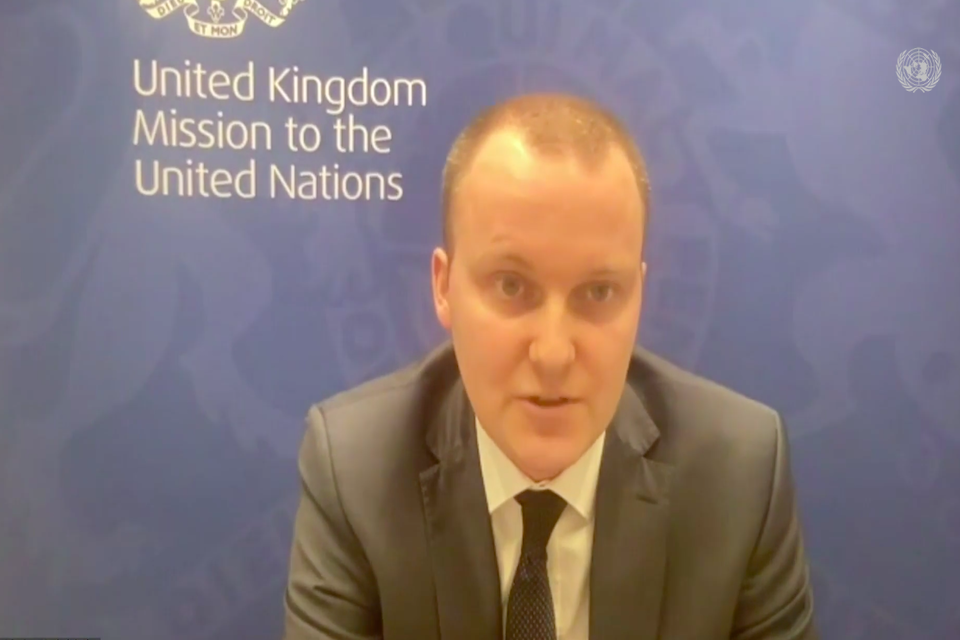 Today’s meeting comes 76 years after the founding of the UN, following the horrific destruction of WWII. The UK is proud of the role that we and many partners around this table – Russia included – played in defeating fascism in Europe in WWII, and subsequently in helping to establish the multilateral system to end the scourge of war.

Since then, the UK has stood alongside many UN Member States to defend democracy and freedom, and the right of people everywhere, including minorities, to live free from oppression. Minority rights is an issue that does require attention in many parts of the world, including Europe.

We are therefore grateful to the UN Special Rapporteur on Minority Issues for his important work in this area. We also welcome the work of the OSCE’s High Commissioner on National Minorities.

We have listened carefully to the other speakers today. We do not believe that they have been chosen to represent a balanced position of national minority communities in the region. We note just as one example the absence of any reference to the concerns raised with the OSCE by Crimean Tatars, a human rights issue we have regularly flagged in the Council.

The OSCE’s Bolzano/Bozen Recommendations make clear that a State’s wish to support national minorities residing elsewhere does not imply in any way a right under international law to exercise jurisdiction over those people or the territory of another State. Concerns for national minority groups within other States should be dealt with through normal channels of international co-operation.

We regret that this Arria-formula meeting does not appear to have been organised in line with those principles. Instead, the Russian Federation appears to be using this meeting in a deliberate attempt to distort history for its own political purposes, and to use disinformation as a tool to destabilise its neighbours.

And when set against the backdrop of Russia’s military build-up and aggressive activity on Ukraine’s borders and in illegally annexed Crimea – similar to that seen prior to the 2014 invasion of Ukraine – we have an even deeper concern that the Russian Federation may once again be using this issue as part of an effort to fabricate a pretext for military aggression against a sovereign nation.

The United Kingdom strongly condemns these actions. The G7, NATO and the EU have all made clear to Russia that further military aggression against Ukraine would be a strategic mistake, with massive consequences and a severe cost in response. We call on Russia to step back, abide by its international commitments, report troop movements and return to diplomacy for serious dialogue.

Genuine concern for national minorities should be raised in line with established international processes. We are happy to work together to deal with the danger of extremism in all its forms.

I’d like to finish by reiterating the UK’s unwavering support for the territorial integrity and sovereignty of Ukraine within its internationally recognized borders, extending to its territorial waters. As our Foreign Secretary has said, we want to see a world where freedom and democracy don’t just survive, they thrive.