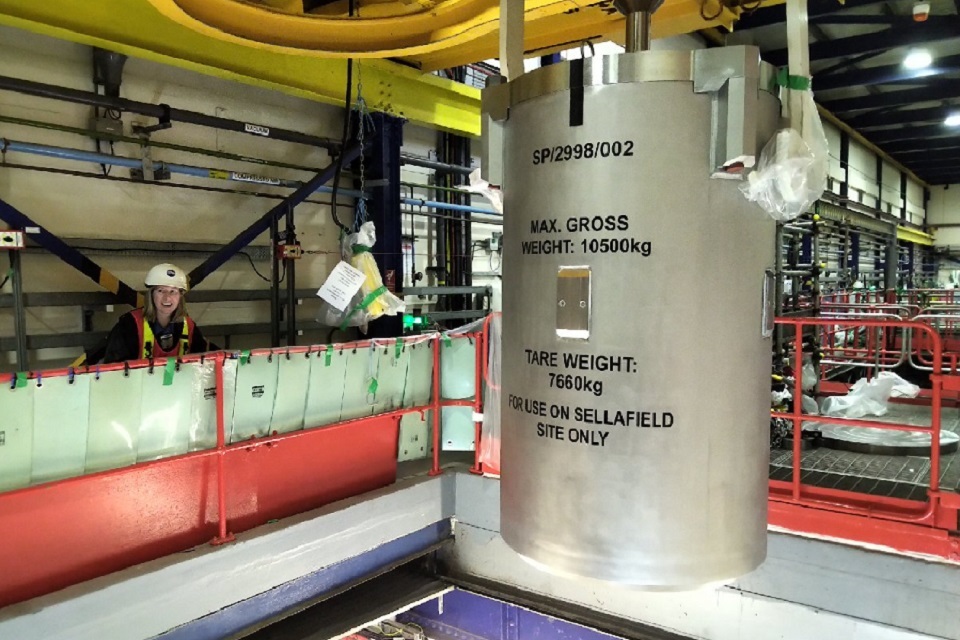 A new way of taking intermediate level waste out of Sellafield’s Pile Fuel Storage Pond has been developed.

It means the material can be removed 6 years earlier than planned, saving millions of pounds for the UK taxpayer.

Like most technological breakthroughs, it’s a simple solution to a complex problem.

Originally, it was thought this waste would need to be taken out via a new processing facility called the Box Encapsulation Plant.

But decommissioning teams went back to the drawing board and came up with an alternative plan.

It means the material can be removed immediately, rather than waiting until 2026.

The first basket of waste has now been successfully exported. Another 500 baskets will be removed over the next three to four years.

This is a major breakthrough. Everyone involved is justifiably proud of what we’ve achieved. It’s particularly pleasing to have it done it during COVID-19.

By finding a simple solution to a complicated problem, we’ve taken a significant step towards emptying the pond and retiring the risk from this legacy facility.

The pond was built in the 1940s to support the production of plutonium for Britain’s nuclear deterrent, Sellafield’s original mission.

It is one of four Sellafield buildings prioritised for clean-up by the Nuclear Decommissioning Authority.

The new waste route is a Sellafield Ltd/supply chain collaboration via the Decommissioning Delivery Partnership.

Sellafield Ltd teams made a range of contributions including adapting software systems, introducing a micro-digger into the pond, and repurposing existing technologies and equipment.

Other intermediate level waste projects at Sellafield will benefit from the lessons learned during this work.

Environment Working to tackle the effects of climate change in…