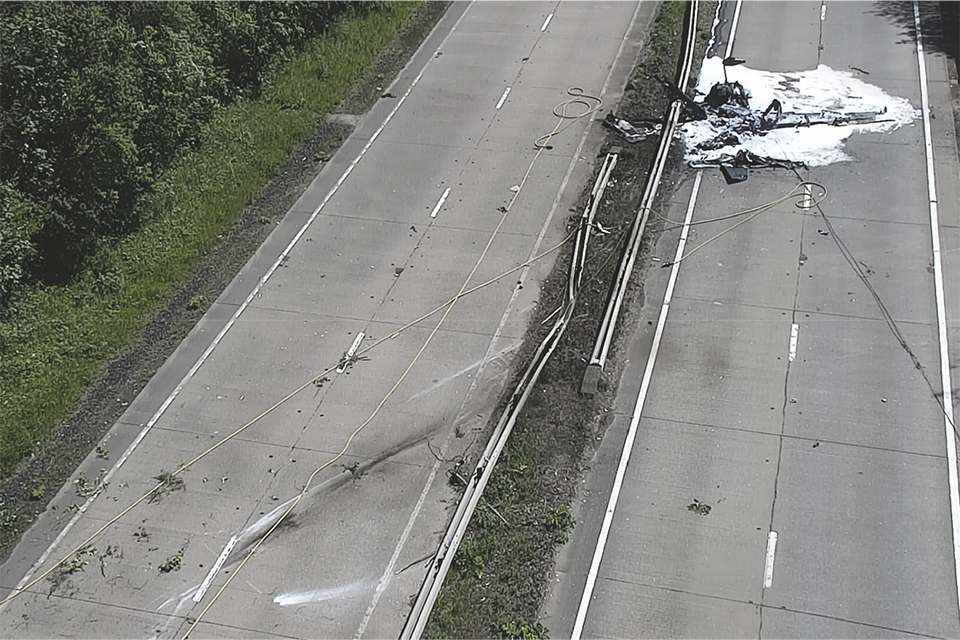 On takeoff from Abergavenny Airfield the engine of a Cirrus SR22T (2-RORO) started to produce varying amounts of power, which the pilot and witnesses described as the engine “surging”. The power available was insufficient to allow the aircraft to climb away, and it contacted power lines before pitching down and striking a dual carriageway. The aircraft came to rest inverted and was quickly consumed by fire. All three occupants were helped to escape by a passing motorist and suffered only minor injuries.

The loss of engine power was probably caused by too much fuel being delivered to the cylinders. Due to the significant damage to the aircraft and parts of the engine, the investigation was unable to determine the cause of the over-fuelling because many components of the fuel system as well as the data recorder were not located or were destroyed in the post-impact fire.