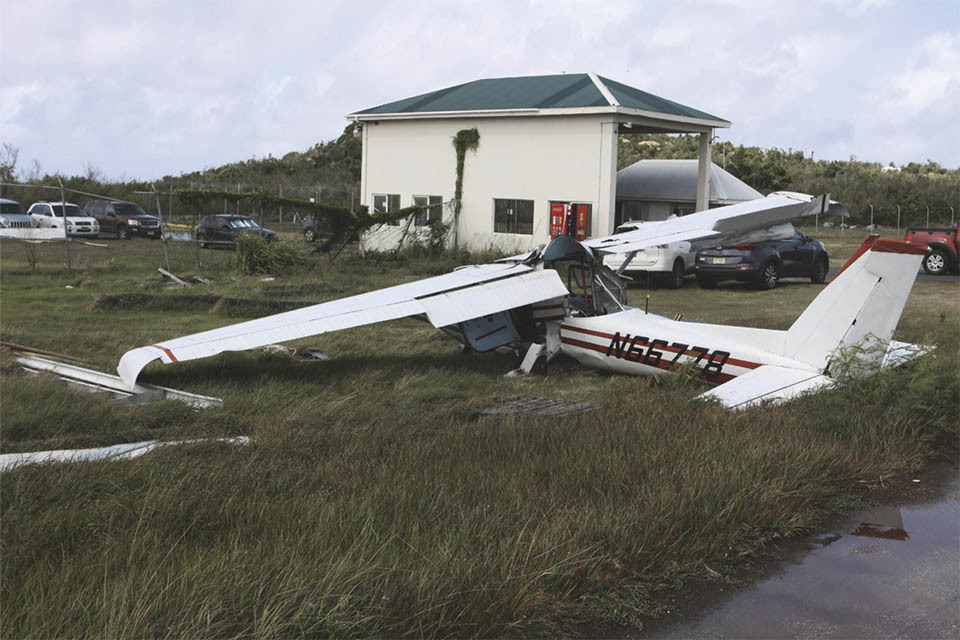 After takeoff from Terrance B. Lettsome International Airport, the aircraft was seen to fly along the length of the runway at slow speed in a nose-high attitude. It then turned left before entering a steep nose dive and hitting the sea.

The investigation concluded that the aircraft stalled during the left turn. No evidence of any mechanical failure was found. The aircraft was likely to have been operating slightly above the Maximum Takeoff Weight with the centre of gravity aft of the approved limit. During takeoff, unsecured items in the cabin could have moved the centre of gravity further off limit. It is possible that this caused control difficulties resulting in the stall.

The accident highlights the importance of the pilot in command of any aircraft ensuring their aircraft operates within the weight and balance limits and that all items in the aircraft are secured.

Improvements in emergency communications on the British Virgin Islands have been made following the accident.