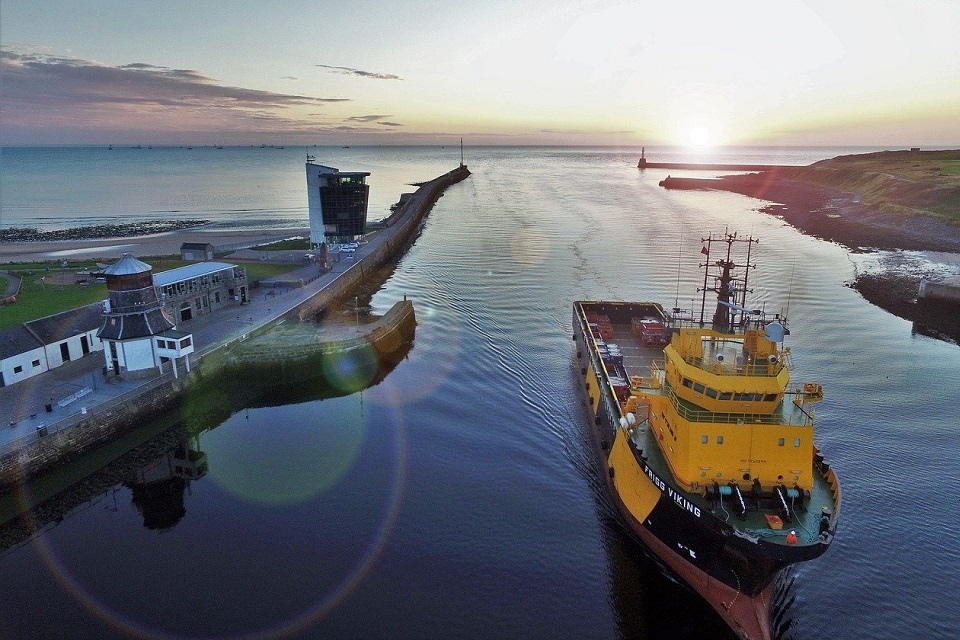 An ambitious new project to provide world-class, safe carbon storage capacity in the North Sea, off Aberdeenshire, will benefit from £31 million of UK Government funding and could create tens of thousands of new, green jobs, the UK Business and Energy Secretary announced today (Wednesday 17 March).

The scheme is one of nine green tech projects across the UK benefiting from a pot of £171 million UK Government funding to cut emissions from industry and part of a wider package of measures including an ambitious blueprint to deliver the world’s first low-carbon industrial sector.

More than £31 million will support the development of Scotland’s Net Zero Infrastructure project, based in Peterhead, to deliver important offshore and onshore engineering studies connecting industrial sites across Aberdeenshire and down to Falkirk, with access to world-class, safe carbon storage resources in rock deep below the North Sea.

This programme of new work and reusing infrastructure will provide a significant boost to the Aberdeenshire’s fast-growing low carbon credentials, paving the way for onshore and offshore developments totalling in excess of £3 billion, helping Scotland transition away from oil and gas and creating and securing tens of thousands of jobs by 2050.

Scotland is moving towards a future with renewable energy at its heart. This important project that will mean the North Sea has a world-class facility capable of making a real reduction in carbon emissions.

Our £31 million investment will not only help in the creation of a greener economy in Scotland, but it will also lead to the creation of potentially tens of thousands of sustainable jobs and new opportunities for people in Aberdeenshire.

This crucial funding for onshore and offshore developments in Scotland will boost our NetZero Infrastructure and help build a better, brighter and more environmentally sound future.

A green recovery plan is vital as we navigate our way out of the pandemic. This plan, part of the North Sea Transition Deal, will not only make Scotland greener and cleaner, it will support the energy transition, creating and securing tens of thousands of jobs by 2050.

Building on the Prime Minister’s 10 Point Plan for a Green Industrial Revolution, published last year, the new Industrial Decarbonisation Strategy sets out the UK Government’s vision for building a competitive, greener future for the manufacturing and construction sector. Part of the UK Government’s path to net zero by 2050, today’s measures will create and support 80,000 UK jobs over the next 30 years whilst cutting emissions by two-thirds in just 15 years.

The new strategy will be underpinned by supporting existing industry to decarbonise and encouraging the growth of new, low carbon industries in the UK to protect and create skilled jobs and businesses in the UK as well as give businesses long-term certainty to invest in home-grown decarbonisation technology, such as that which can capture and store carbon emissions from industrial plants – rather than outsourcing industrial activity to high-emission countries around the world.

The blueprint also includes measures to build on the UK’s leading efforts in moving towards greener energy sources, with an expectation of 20 Terawatt hours of the UK industry’s energy supply switching from fossil fuel sources to low carbon alternatives by 2030 – helping industry to increase its use of low carbon energy sources to around 40% of industry’s total energy consumption.