Action to address the disproportionate suffering of women in conflict areas 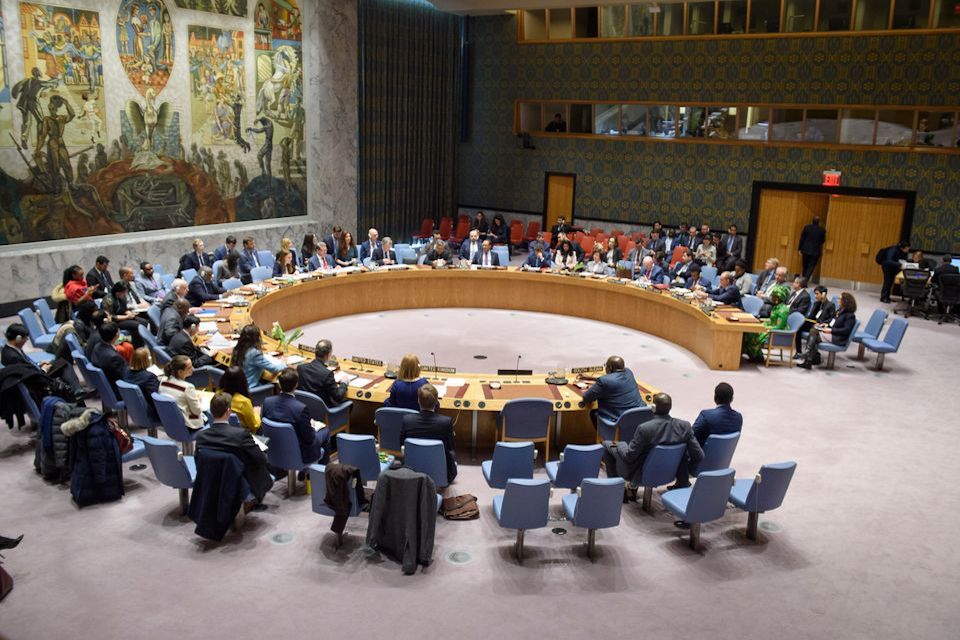 Thank you, President for convening this debate.

I thank the expert briefers and regional organisations that we’ve heard so valuably from today.

In April, during our Presidency of the Council, Lord Ahmad of Wimbledon and Nadia Murad launched the Murad Code – a landmark code of conduct for gathering of information from survivors safely and effectively.

We have ensured that the code has been translated into Ukrainian so that it can be used, now, with the aim of holding perpetrators to account for their crimes.

The Secretary-General set out very clearly the many serious issues facing women in conflict areas all over the world, from Afghanistan to Ukraine to Myanmar. We do need action to address this if we are to prevent the disproportionate suffering of women in these crises and that’s why we as the UK are particularly focused on the threat of sexual violence.

In November, the UK is hosting an international conference on Preventing Sexual Violence in Conflict in London, the centrepiece of a global campaign launched by Foreign Secretary Truss last year. For us, all options are on the table to strengthen international prevention and response to the heinous crimes of conflict-related sexual violence.

They remain one of the very horrifying consequences of Russia’s illegal war in Ukraine.

Turning to the role of regional organisations, in many contexts as we have heard today, regional organisations have unique influence in advocating for the rights of women and girls, for example in the case of Afghanistan and the Organisation of Islamic Cooperation. We fully support all efforts as others have said to remove the fully counter-productive restrictions imposed on women and girls by the Taliban.

For our part, the UK supports and funds the regional Women Mediators across the Commonwealth network who are an experienced group of women who stand ready to support our collective efforts for peace at the community level. Members have resolved electoral conflicts in Uganda, mediated the political conflict in Myanmar, and bridged divided communities in Northern Ireland and Cyprus.

The UK also supports regional collaboration to drive change on the ground, for example through our work with ASEAN institutions and Member States on capacity-building.

We have also supported the development of NATO’s first policies on sexual exploitation and abuse and on conflict-related sexual violence.

Looking forward, there are further practical actions regional organisations and Member States can take to support women’s full, equal and meaningful participation, including:

First, ensuring women are at the heart and forefront of organisations, in leadership and decision-making roles, as others have said;

Second, actively promoting the agenda through communications and dialogue;

Third, developing regional action plans, tool kits and strategies on WPS, which are then fully implemented; and finally,

Sharing learning, experience and expertise among organisations to strengthen implementation of WPS, rather than duplicating efforts.

Action to address the disproportionate suffering of women in conflict areas