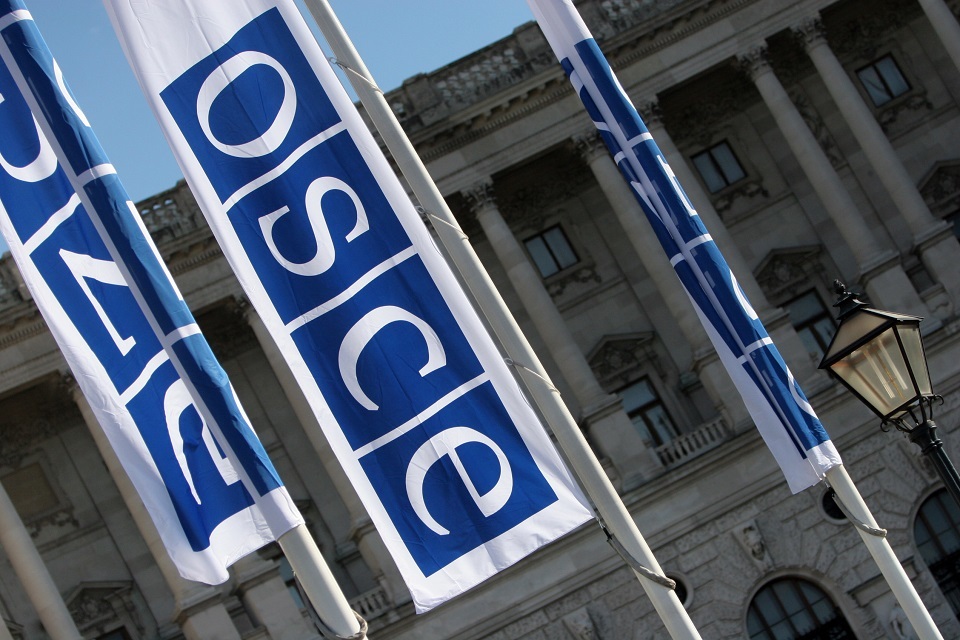 I’d like to join others in welcoming Ambassadors Michalka, Sultanoğlu, and Klaar to the Permanent Council. Thank you for all your valuable work.

I want to re-state the UK’s unwavering support for Georgia’s sovereignty and territorial integrity within its internationally recognised borders. Like the majority of the international community, the UK continues to follow a policy of non-recognition of the self-declared independence of the breakaway territories of South Ossetia and Abkhazia. Russia’s support for this so called independence demonstrates a clear lack of respect for the sovereignty and territorial integrity of its neighbour and for the rules based international system.

We call upon the Russian Federation to fulfil immediately its clear obligation under the EU-mediated 12 August 2008 ceasefire agreement to withdraw its forces to pre-conflict positions, as well as its other commitments under that ceasefire agreement.

We regret that the 51st round of discussions, scheduled for 6-7 October, did not take place. We commend the Co-Chairs’ intentions to continue virtual, and when possible, in-person consultations with all participants to prepare for the 51st round, which has now been re-scheduled for early December 2020.

Although we note that the Incident Prevention and Response Mechanism meetings in Ergneti have now restarted, the meetings at Gali remain suspended. These meetings play an important role in preventing the escalation of the conflict and in helping protect the safety and security of people on the ground. The meetings in Gali should resume without further delay or pre-conditions.

Despite calls from the Co-Chairs for all participants to avoid provocative measures and focus on improving the situation of the conflict-affected population, Russia and representatives from the de-facto authorities have continued their borderisation activities, including the e******n of barbed wire fences and other artificial barriers, particularly along the South Ossetia Administrative Boundary Line.

These activities along with ongoing detentions, again particularly along the South Ossetia Administrative Boundary Line, including the shooting and wounding of Georgian citizen Zaza Gakheladze on 11 July, are specifically designed to destabilise the region and directly impact on the population living there. The ongoing work of the EU Monitoring Mission in Georgia, as the only mandated international organisation, in monitoring activity along the Administrative Boundary Lines remains as important as ever, and we call on Russia to allow the Mission to fulfil its mandate in this regard.

The UK also remains supportive of calls for an OSCE presence in Georgia to increase the OSCE’s engagement in the Geneva International Discussions and the Incident Prevention and Response Mechanism meetings, as well as in the implementation of confidence-building measures.

Restrictions on people’s freedom of movement remain in place and exacerbate the humanitarian crisis in the breakaway regions. That people cannot freely access Georgia’s medical supplies and treatment is of particular concern during the COVID-19 pandemic. There are also reports of crossing points being closed so that people were unable to vote during the first round of the Georgian Parliamentary Elections on 31 October. These restrictions also significantly contribute to the ongoing issue of internally displaced people who are still unable to return to their homes in South Ossetia and Abkhazia.

The UK continues to support the Government of Georgia’s peace initiative ‘A Step to a Better Future’ and we call on the de-facto authorities in South Ossetia and Abkhazia to engage with this initiative for the benefit of those living on all sides of the Administrative Boundary Lines.

In this anniversary year of UN Security Council Resolution 1325, we would like to thank Ambassador Sultanoğlu for the update on the action plan on Women Peace and Security and we look forward to hearing more about its implementation.

Address by the co-chairs of the Geneva International Discussions: UK statement