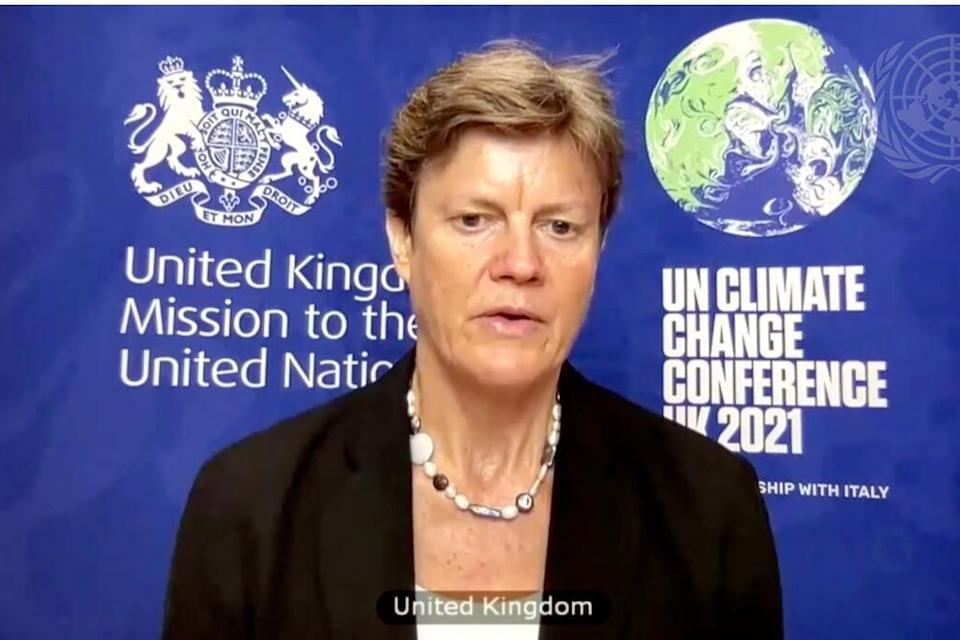 Thank you, Mr President. And may I start by thanking High Representative Nakamitsu for her briefing today. I’d also like to thank the Director-General of the OPCW as always for his latest monthly report.

Second, the OPCW Investigation and Identification Team concluded in its second report dated 12 April 2021 that there are reasonable grounds to believe that the Syrian Arab Air Force under control of the Tiger Forces dropped a canister containing chlorine on Saraqib on 4 February 2018. This brings the number of occasions on which the UN and the OPCW have found the Syrian regime responsible for the use of chemical weapons to eight.

The implications are clear. Syria is a country that by its own admission had an extensive chemical weapons programme. It failed to declare this programme in full. It retained a chemical weapons production capability beyond the 2014 destruction of its declared programme and it has been found to have used those retained chemical weapons on numerous occasions throughout the conflict. It continues to fail to comply fully with the OPCW Technical Secretariat. This has all been independently established by both the United Nations and the OPCW.

In light of this catalogue of breaches of UN Security Council resolutions, the Chemical Weapons Convention and fundamental international norms, the action taken by the OPCW Conference of States Parties on 21 April was minimal, proportionate and entirely in accordance with Articles VIII and XII of the Chemical Weapons Convention and the obligation on the Conference of States Parties to take necessary measures to ensure compliance with the Convention. This is a clear case of the situation that these provisions are designed to address.

The next steps for Syria are clearly set out in the decision: its rights and privileges will be reinstated by the Conference of States Parties once the Director-General has reported to the Executive Council that Syria has resolved all the outstanding issues in its declaration and declared all outstanding production facilities and stockpiles, including those used in the 24, 25, and 30 March 2017 attacks.

While these issues remain unresolved, and particularly in light of Syria’s identified use of chemical weapons, there is an extant threat to international peace and security, on which basis this Council should remain seized of this matter.