Addressing the impact of Russia’s war on Ukrainian children: UK at the UN Security Council 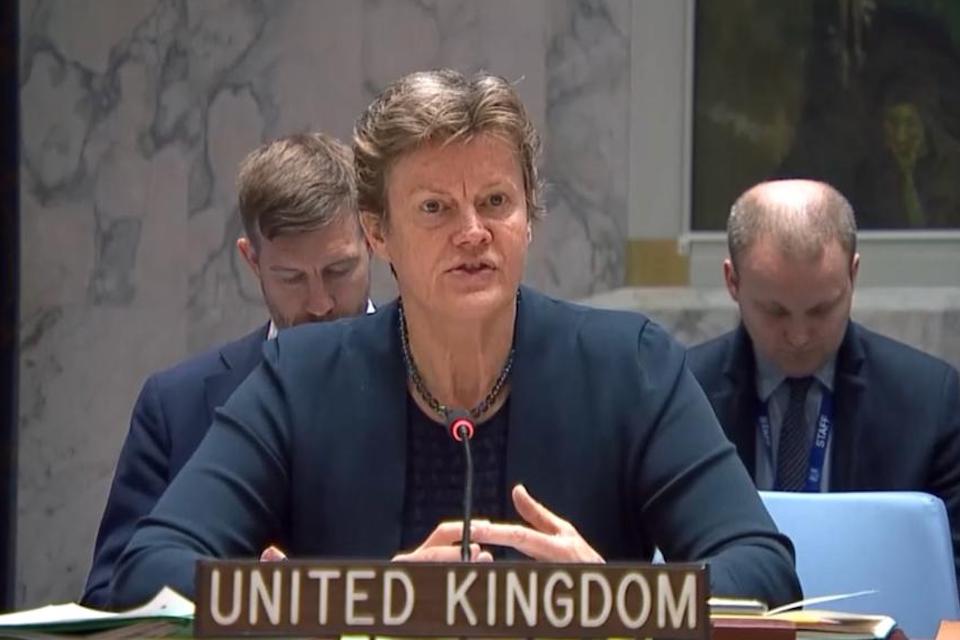 I’d like to start by thanking Ms Msuya and Mr Abdi for their helpful and informative briefings.

Over the past 25 years, the Security Council has repeatedly recognised, condemned and sought to address the impact of conflict on children.

While it will take time for the UN’s Monitoring and Reporting Mechanism to establish the full extent of the impact on children of Russia’s invasion, there is already evidence that Russia is committing four of the Security Council’s six Grave Violations Against Children in Times of War – listed in Security Council Resolution 1261:

There is now a very real risk of a lost generation, and the continuation of a cycle of violence, caused by Russia’s invasion and the devastation it has created.

To address this, we need to work together.

First, we urge all countries to endorse and implement the 2016 Safe Schools Declaration, designed to protect education in armed conflict.

Second, the international community must ensure that all credible allegations of crimes on the territory of Ukraine are investigated, including grave violations against children, whoever is accused of committing them.

We support all efforts to improve our collective understanding of the situation on the ground, through evidence and data collection, and the work of the monitoring and reporting mechanism.

Third, the UK is proud to continue to play a leading role in the humanitarian effort in Ukraine, delivering vital supplies and life-saving medical aid to those most in need, including children.

But, humanitarian support is not a solution to the suffering of children in Ukraine.

Only the withdrawal of Russian troops and an end to Russia’s war in Ukraine, will end the cause of suffering.

I thank you, Mr President.

Calling for rapid progress on the formation of a stable government in Iraq: UK Statement at the UN Security Council

Addressing the impact of Russia’s war on Ukrainian children: UK at the UN Security Council

International Affairs Foreign Office statement on construction in the We…