Addressing the political gridlock and instability in Bosnia and Herzegovina: UK Statement at the UN Security Council 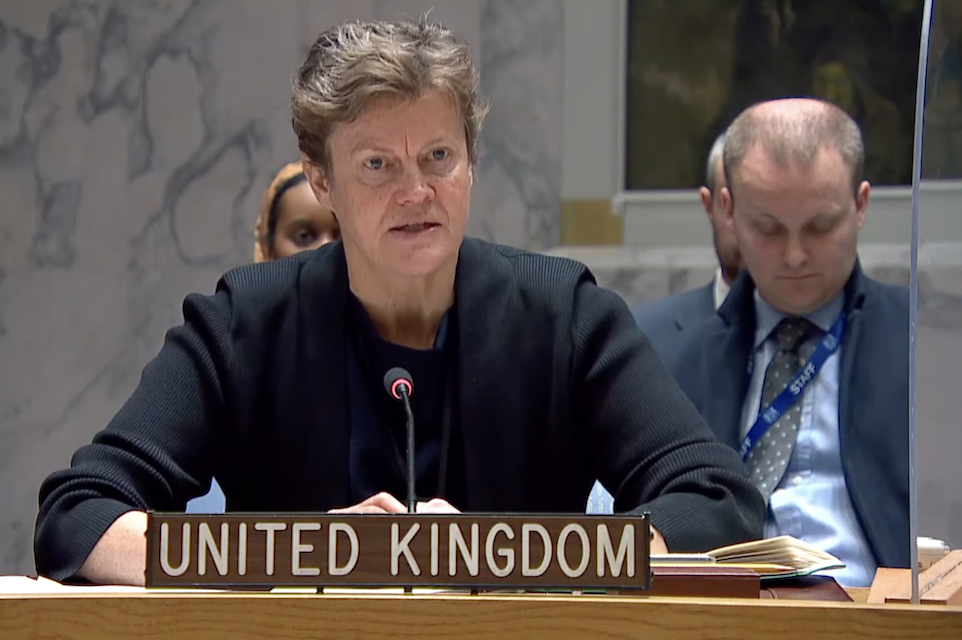 And I start by welcoming the participation, in this meeting, of the High Representative. It remains vital for the Security Council to have a full, open and informed dialogue with Mr Schmidt on the situation in Bosnia and Herzegovina. I also welcome the Chair of the Presidency of Bosnia and Herzegovina, His Excellency Mr Sefik Dzaferovic, and thank him for travelling to New York to take part in this meeting.

Unfortunately, Mr Schmidt’s briefing and report, yet again, paint a worrying picture of the situation in the country.

Political gridlock and instability continue at many levels. We are concerned by the actions of some members of the Republika Srpska leadership, particularly Mr Milorad Dodik, whose threat to re-establish a Republika Srpska army and to pull out of other state-level institutions — attempts to engineer de facto secession — are dangerous and risk conflict. This could lead to the undoing of 26 years of hard-won peace and progress.

So, it is more important than ever that the Security Council maintains its support for the implementation of the Dayton Agreement, including the role of the High Representative and EUFOR. The Council should refrain from undermining or destabilising the situation. We should promote collaborative and constructive politics in Bosnia and Herzegovina. The UK welcomes the increased presence of the EUFOR mission to reassure the population during this challenging time.

The UK takes its role under the Dayton Agreement extremely seriously. We commit to remaining an active member of the Peace Implementation Council Steering Board, and fully support the territorial integrity and fundamental structure of Bosnia and Herzegovina as a single, sovereign state, comprising two entities. We have recently used our own sanctions regime to send a clear message to those threatening the country’s future.

We firmly support the work and the role of the High Representative, including the judicious use of his executive powers — as he did recently to suspend unconstitutional and divisive legislation. We condemn attempts to undermine the High Representative and to close his office prematurely. These are not motivated by the interests of the people of Bosnia and Herzegovina, but by a desire to undermine regional security for geopolitical objectives.

Politics of division and hatred are dangerous distractions from the issues of importance in Bosnia and Herzegovina. We urge all parties to focus on working together, to improve the quality of life for all citizens, and to make progress on the agreed aim of Euro-Atlantic integration. October’s elections, which can and must go ahead as scheduled, offer an opportunity to rebuild citizens’ confidence in a brighter future for all.

I thank you, Madam President.

Calling for rapid progress on the formation of a stable government in Iraq: UK Statement at the UN Security Council

Addressing the political gridlock and instability in Bosnia and Herzegovina: UK Statement at the UN Security Council