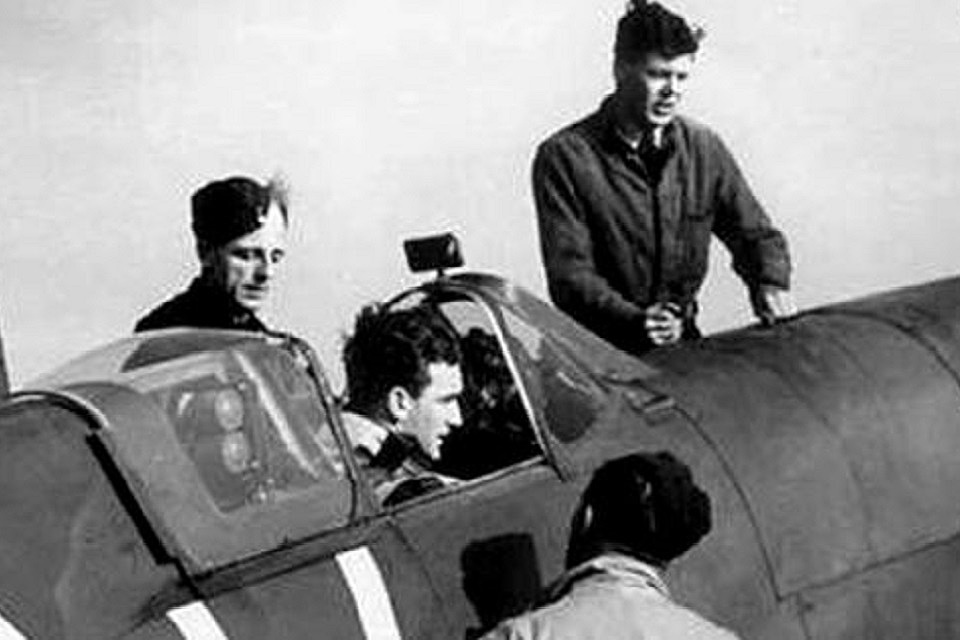 Today is a significant anniversary, not least for me personally as my own father, like so many others, served in the Second World War. On May 8th 1945, crowds gathered in the United Kingdom, the United States and elsewhere to celebrate the end of the Second World War in Europe, after the act of military surrender had been signed by the German high command the day before.

After more than five years of conflict, some 380,000 members of the British armed forces had lost their lives, as well as nearly 70,000 civilians. Many British cities bore gaping holes from multiple bombing raids, and countless families mourned the loss of loved ones. There was terrible suffering across Europe and the world, particularly in countries which were occupied, as the shocks and after-shocks of the war reverberated, and the conflict against Japan would continue for several more months.

Yet on that day, joy also swept many countries as the end of the war in Europe was celebrated. More than a million people lined the streets of London, with many gathering around Buckingham Palace to see King George VI and his family on the balcony. They appeared eight times. Princesses Elizabeth and Margaret mingled anonymously with the crowds outside during the eighth appearance of the King and Queen. Princess Elizabeth, now our longest-reigning monarch, later said that to stand outside and shout “We want the King!” was one of the most memorable moments of her life.

While every country has its own constitutional arrangements, I think we can all relate to great national moments of relief and celebration. And this year marks 75 years since that day. It gives us an opportunity to remember all those who lost their lives in order to restore peace and defeat tyranny during those dark years or as a result of war. This year, many will be commemorating this historic day in their homes, with virtual events and broadcasts taking place to mark the anniversary.

Although Ireland was neutral during the War, it was not immune from its effects and Nazi bombs fell in Dublin. Many Irish people served in the British Armed Forces in the struggle against Nazi Germany. Brendan ‘Paddy’ Finucane from Rathmines was one of the best-known, a Spitfire pilot who fought in the Battle of Britain and is credited with 28 aerial victories.

Another is Donald Garland, from County Wicklow, who was posthumously awarded a Victoria Cross by King George. This followed his death in May 1940, after he led a formation of five Fairey Battle bombers through heavy enemy fire to destroy a bridge being used by German forces in Belgium. His three brothers were also killed in service with the Royal Air Force during the war. People like these and many others played significant roles in many different fields during those dark days. We thank the Greatest Generation for their resilience, determination and sacrifice during the Second World War.

Of course, some of the generation who made contributions to the Allied war effort are still alive today. I was delighted to learn recently about Maureen Sweeney, a 96-year-old retired postmistress. On June 3rd 1944 Maureen made weather recordings from the coast of Co. Mayo. Although Ireland was neutral, weather reports were routinely passed to the Allies.

Reports from Maureen’s station at Blacksod were used by General Eisenhower’s Headquarters to identify a break in the poor weather and to launch D-Day, the greatest naval, air and land operation ever seen, marking the start of the long-awaited campaign to liberate Nazi-occupied north-west Europe. Maureen’s contribution potentially saved thousands of Allied lives.

Another consequence of the Second World War was the founding of the United Nations. The war had come about in part due to the failure of the UN’s predecessor, the League of Nations, which had shown its impotence in the 1930s over Abyssinia and Manchuria. Early in the war, the US, UK and their allies began working on a new set of institutions and laws which were to be the foundation of the post-war international order. These principles would be developed and later enshrined in the UN Charter, which was signed on June 26 1945 by fifty nations.

Ireland, of course, applied to join the UN in 1946. While Cold War politics prevented her joining until December 1955, the Irish contribution to the UN has been a distinguished one in so many fields. It has been a privilege for me personally to engage directly with some of the impressive men and women who have contributed to Ireland’s long record of continuous service in UN peacekeeping operations. Our shared commitment to promoting peace and security around the world remains undimmed.

As we in the UK mark VE Day, we stand with our friends and allies around the world, including Ireland with whom we share unique bonds, as part of that enduring commitment to peace and security which was forged 75 years ago. Indeed, in these uncertain times, where Covid-19 has led to dark days for many of us, we must not forget the struggles and the sacrifice of those who fought to enable and maintain the freedoms that so many of us since have enjoyed. And we can take heart that even the darkest times will end, and that “we will meet again”.