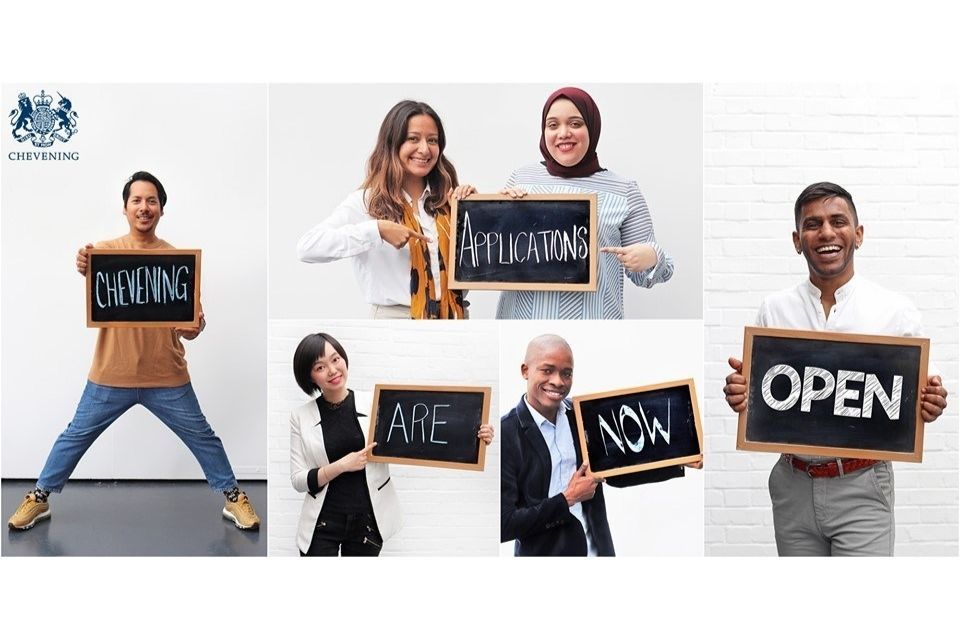 The first two Chevening scholars since the reintroduction of the programme in Greece are nearing completion of their studies; Mrs. Anastasia Benekou is currently on the THE KENT MBA postgraduate course at the University of Kent and Mr. Mochament Elsaer is on the MA War Studies course at King’s College London. In addition, the announcement of the third Greek Chevening Scholar is expected in the next few days, the selection process for which has been completed.

This year, the UK Government and the John S. Latsis Public Benefit Foundation are again offering a Chevening Scholarship to a Greek student, for the academic year 2021/2022. Interested candidates can apply for a postgraduate program in an extended range of subjects: International Development, Public Policy, Social Policy, Law Studies, Medical Studies, Engineering and Technology, Biological Sciences and Computer Sciences. Apart from the postgraduate programme, the Chevening Scholar will also have access to a wide range of exclusive academic, professional, and cultural experiences.

Applications open on Thursday 3 September and close on Tuesday 3 November 2020. Go to the Chevening website to submit your application.

Chevening Scholarships are awarded to individuals with demonstrable leadership potential who also have strong academic backgrounds. Since the programme began in 1983, 50,000 outstanding professionals from over 160 countries and territories have had the opportunity to develop in the UK through Chevening. The Chevening Programme is now 37 years old, with Chevening Alumni making positive contributions to their countries or in their professional sectors since the programme began.

The UK Government Chevening Scholarship Programme is in place in Greece for the third consecutive year, thanks to the invaluable support of the John S. Latsis Public Benefit Foundation. We are delighted that Chevening is making such a strong comeback in the academic environment here in Greece.

We believe in the value of Chevening globally and more specifically in the critical role it can play in the lives of the Greek students that will complete their postgraduate studies in a first-class academic environment in the UK, making use of the knowledge and experience they will accumulate in order to build their future upon their return to Greece.

Once again, I would like to sincerely thank the John S. Latsis Public Benefit Foundation for the confidence they continue to show in this collaboration. Our goal is to select the most distinct candidate that will impress us, not only with their academic records, but more importantly with their vision.

We are very pleased that our co-operation with the British Embassy on the basis of the Chevening Scholarship Programme continues for the academic year 2021/2022, giving the opportunity to a Greek student to undertake fully funded postgraduate studies at a university in the United Kingdom. This collaboration is part of the wider strategy the John S. Latsis Public Benefit Foundation has developed to support targeted activities across all levels of education, aiming at enhancing young people’s access to education.

Chevening Scholarships are funded by the UK Foreign, Commonwealth and Development Office and partner organisations.

Head of Scholarships at the Foreign, Commonwealth and Development Office, Naomi Rayner, said:

This year more than ever, we have seen how global challenges demand innovation, strong leadership and international collaboration. Chevening seeks to build an international community of people who are committed to those values, and to driving positive change. We do this by bringing together incredible people from around the world and supporting them, through education, to achieve their goals.

In the UK we are proud of our world class universities and we know that our learning environments are enriched by the wide diversity of cultures, experiences and viewpoints represented on our campuses.

Chevening represents the very best of the UK, welcoming people from across the world to study, grow, and thrive. Being a part of the Chevening network instils a strong sense of pride and responsibility.

For more detailed information on the eligibility criteria and scholarship specifications, read the guidance page on the Chevening website.