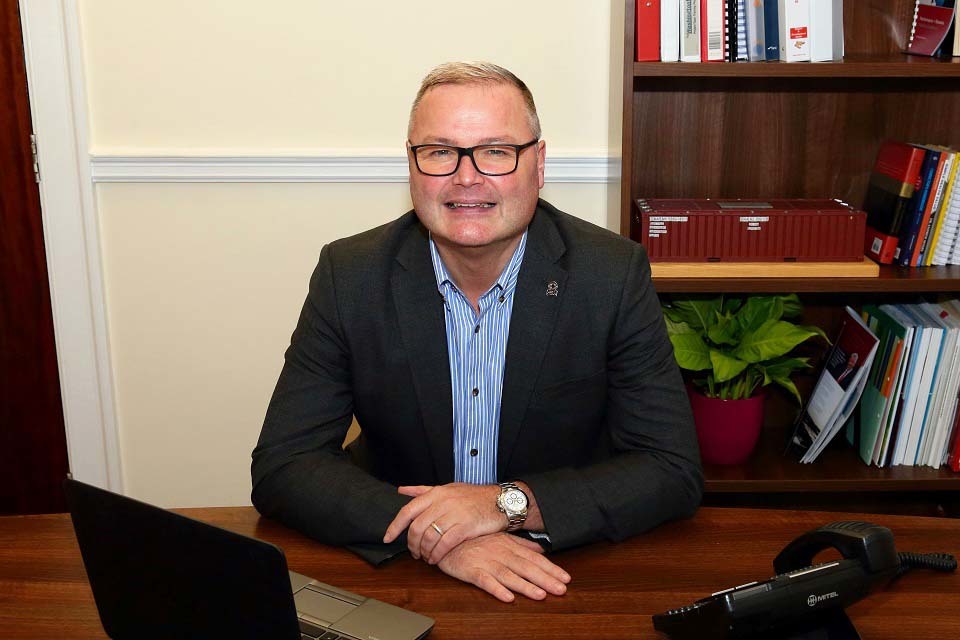 Two of LLWR’s most senior personnel are fine adverts for what can be achieved by going down the apprenticeship route after leaving school.

CEO Designate Martin Walkingshaw and Becky Ruddy, Head of Infrastructure, were both given a solid grounding in the nuclear industry as Sellafield apprentices.

Martin, currently Deputy CEO, hailed his apprenticeship with British Nuclear Fuels as a “great foundation” for his subsequent career.

He said: “I occasionally tease people who went down the university route that when they were contemplating a gap year, I was working with spent fuel and radioactive waste, and learning my trade, instrumentation and control, in some of the most advanced nuclear plants in the world, as well as some of the earliest!

“It isn’t an easy route, working full time and also studying (for me that meant day release/two-night classes a week) is hard, but the friendships I made during my apprenticeship have lasted a lifetime. An apprenticeship gave me confidence to seek more responsibility and encouraged me to be professionally curious.

“It also taught me about the fundamental importance of safety and quality in our industry. These things allowed me to advance through engineering, operations, business management and commercial roles. And even though my trade skills are a bit rusty I reckon I could still calibrate a gamma monitor. And you never know when that will come in handy.”

Becky went into her apprenticeship at 18 and has not regretted it for a moment.

“I had an interest in biology and chemistry at A level and applied for a Gen2 Scientific Apprenticeship,” she said. “I hadn’t felt ready to leave home and go to university so an apprentice was an ideal compromise. After spending a few weeks in the training centre we went straight into the workplace, at Sellafield, in the labs at THORP.

“An apprenticeship gave me the chance to learn about a subject I enjoyed, but also gave me an opportunity to put it into practice whilst getting paid.

“I learned about being part of a team and also about being accountable for my own work. It instilled a really good discipline in me early on I’ve been able to progress through my career after starting on the shop floor, where I got a really good grounding.”

Becky went on to complete her three year apprenticeship in just over two and moved into a staff job as an Analytical Chemist at Sellafield.

She added: “An apprenticeship can open so many doors and gives you the opportunity to do many different things. Mine was in quite a technical subject, but I am doing something totally different now, and there have been lots of things in between.”

Apprentice Chloe Glaister has been working as part of Becky’s team and receiving a thorough grounding in all aspects of the department. Chloe has also recently been successful in securing a permanent role following her apprenticeship.

“Chloe is doing a real job that is of value to LLWR whilst gaining experience and qualifications, and she is being supported in a ‘safe’ environment where she can learn,” Becky said. “She is gaining experience in different areas of Infrastructure under the direction of her mentor Megan who is doing a fantastic job supporting Chloe.”

Becky leaves LLWR at the end of this week after 11 years to take up a new role at Dounreay as Head of Decommissioning of the Fuel Cycle Areas. Where, no doubt, she will continue to take a keen interest in the development of her apprentices.