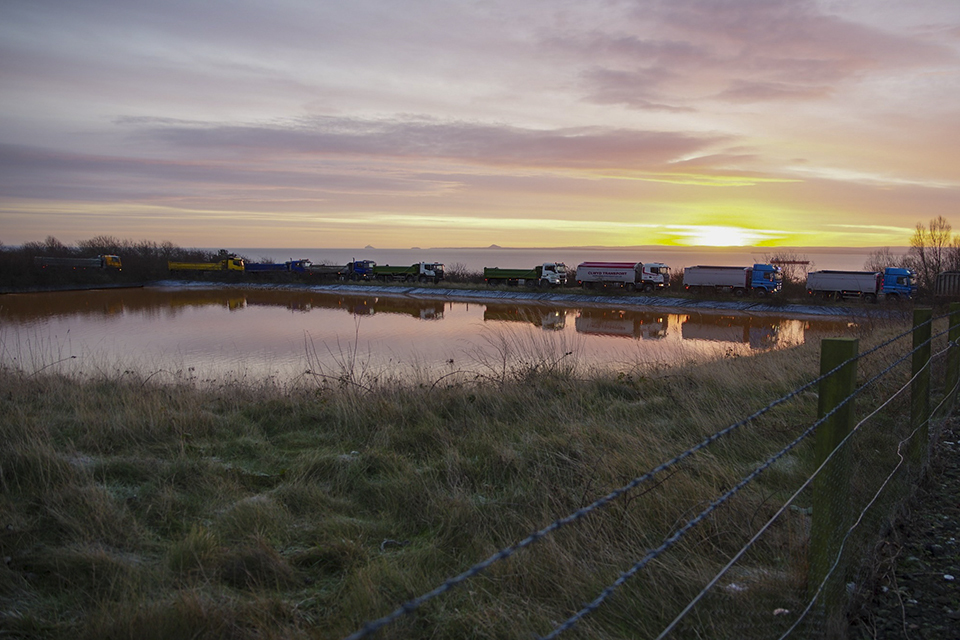 The Coal Authority’s latest innovative collaboration has been recognised with two awards.

As well as bringing sustainability benefits, by cutting carbon emissions and preventing landfill, it is estimated that safely reusing the hazardous material saved around £2 million.

It is now hoped the process could be repeated at other sites where disposal or off-site treatment is not practical or economically viable.

As part of our work to make a better future for people and the environment in mining areas, we operate 82 treatment schemes in the UK, cleaning 122 billion litres of mine water every year to prevent iron solids entering watercourses, aquifers and the sea.

This process removes thousands of tonnes of hydrous ferric oxide (HFO), also known as ochre, which has a high sorption capacity – a process by which one substance becomes attached to another – for metals and phosphate.

After laboratory and field trials demonstrated the suitability of ochre for remediation, an optimised mix was designed to meet the exacting standards of the project and gained approval from regulators.

More than 5,000 tonnes of ochre were collected from 4 Coal Authority mine water treatment sites across England, Wales and Scotland and delivered to the Mersey Gateway project.

Using magnesium oxide as a cementitious binder, 9,000m3 of contaminated soil were then stabilised on site and reused under an environmental permit.

This optimised mix design has never been applied to the treatment of contaminated soils before and is unique to this project, which was one of the largest brownfield infrastructure projects completed in Europe in recent years.

The work was carried out for Merseylink, the consortium behind the Mersey Gateway, with partners including CE Geochem, RSK Group, AECOM and RemedX UK.

As well as being ideal for immobilising contaminants – such as arsenic, lead and cadmium – on former industrial sites, ochre also acts as a replacement for ferric sulphate in waste water treatment and can even be used as an iron oxide pigment to create fine art paints.

We are always researching new ways of using ochre as a valuable resource in a variety of different projects.

Contact our Innovations team if you think they could help you.