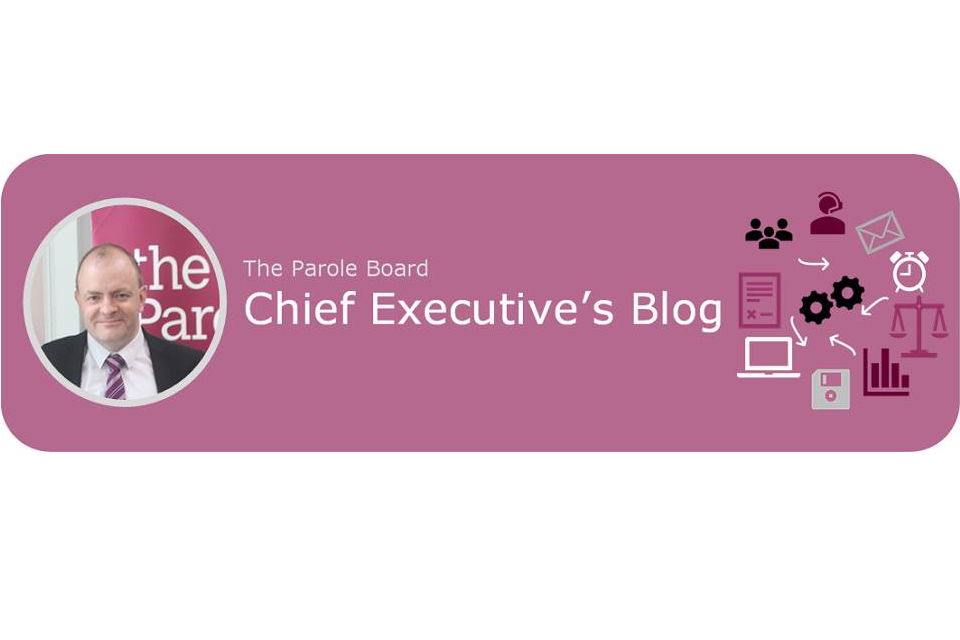 The Parole Board is often misunderstood by victims, the public and sometimes in Parliament, because there is a lack of understanding of the work it does. I am therefore keen to ensure we raise greater awareness of the work we do.

The Parole Board make 25,000 decisions each year. I am deeply conscious, having spoken to many victims, that our decisions have a significant impact on them. That is why the Board has committed to ensuring that they are treated with humanity and respect. Crucial to this is ensuring that they have access to information on their entitlements.

A victim is now entitled to:

Over 2,000 parole decision summaries have now been released by the Board- most of which have been for victims – which reflects the appetite for better information.

Access to these legal entitlements for Victims largely depends on people being signed up to the Victim Contact Scheme and therefore knowing about the scheme in the first place. We have provided guidance on this and made a video available on YouTube to show what these entitlements are.

A Victim’s Guide to Parole

In my experience, many problems stem from the fact that victims are not fully aware of their rights. For example, after an often difficult and distressing criminal trial, a Victim may not know that they can sign up to the Victim Contact Scheme. They may well then be surprised and disappointed if they hear in the news or on social media that the offender is being considered for release. It is crucial that more is done by all agencies to ensure victims are more aware of their rights. Any eligible victim can email the victim contact service: vcsenquiries@justice.gov.uk.

The other real difficulty we face is misunderstanding about the role of the Parole Board and how sentencing works. By law, the Parole Board only considers release once a prisoner has served the period for punishment set by the court.

Our role is not to determine whether the punishment imposed by the court is appropriate; our sole focus is to assess risk.

In any given year over 60,000 people are released from prison. However, under 5% of those released (just under 3,000 people) are released by the Parole Board, with the majority being subject to automatic release. Contrary to popular belief, three-quarters of people whose cases go to the Board are deemed too dangerous to be released – and the Parole Board ensures that the ongoing detention is lawful.

When someone is released by the Parole Board, they will be supervised ‘on licence’ in the community by the Probation Service. This supervision will last until the end of their sentence, which in some cases will be for the rest of their lives.

Whilst we do not have a crystal ball, the proportion of people who are alleged to have committed a serious further offence after being released by the Parole Board are consistently at or below 1% and the number actually convicted, even lower. Every one of those cases is rigorously reviewed to identify what lessons can be learnt.

We have already taken a number of steps to open the doors to the public so that they can better understand our work. including making another video to explain parole:

About the Parole Board

A member of the public can also request a summary of a decision, and access multiple resources on our website. More than 5,000 people are now following the Parole Board twitter accounts to access key statistics and updates; read my CEO blogs that are published on multiple platforms (like this one). Finally, we are also working on a BBC documentary that will show in detail how we make our decisions.

Whilst I think our decisions are sound– I have recently welcomed the introduction of a reconsideration mechanism, as a check on ensuring our decisions are fair and rational. The new mechanism allows a party to the review to challenge a parole decision made on or after the 22 July 2019.

The reconsideration mechanism gives people the right to ask for a parole decision to be looked at again by the Parole Board if they have reasons to show the decision is either:

I am pleased to say that, so far, the mechanism is working well. The latest available figures show we have received 47 applications (only 2 from the Secretary of State) and issued 39 decisions. Three decisions have been directed to be reconsidered so far.

To further improve transparency, we are planning to start publishing reconsideration decisions to increase public and legal understanding of our work.

Whilst change can be turbulent, it is also an opportunity. I am confident that greater transparency and better information for victims will increase confidence that we have a fair and effective parole system that strives to ensure the protection of the public.