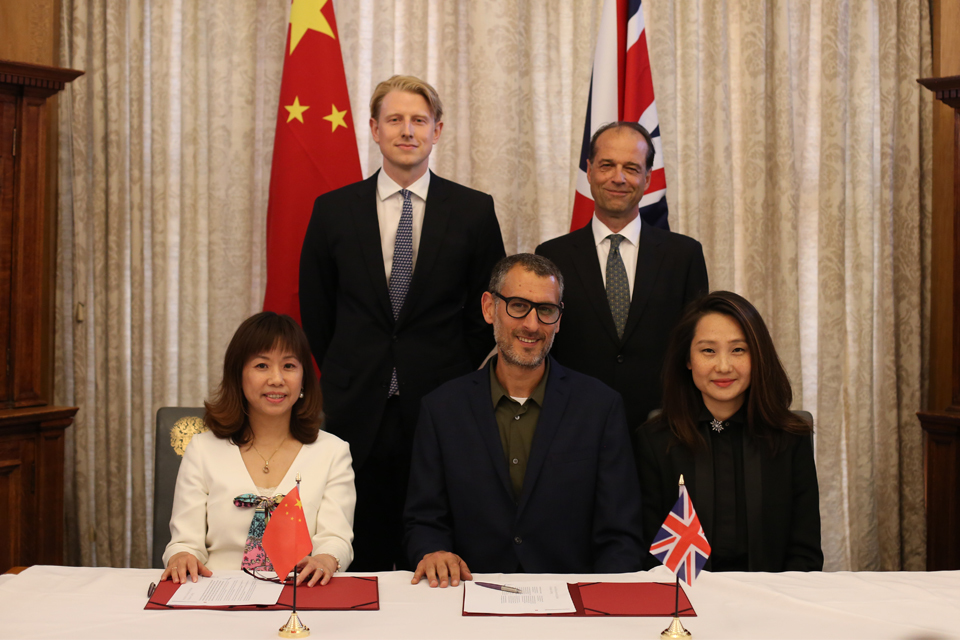 The announcements were welcomed by the International Trade Secretary, Dr Liam Fox MP. In total, the deals are expected to deliver 175 new jobs in the UK, and deliver significant wins for the financial services, education, creative, food and agriculture and technology sectors.

Also announced today was a landmark market access agreement for British farmers, supported by the Department for International Trade (DIT) and the Department for Environment, Food and Rural Affairs (Defra), which could put UK producers on track to export British beef to China by the end of 2019.

The agreement is expected to be worth an estimated £230 million in the first 5 years.

Britain is a key partner for Chinese trade and investment, and is one of China’s most important trading partners in Europe.

Today’s announcements show the breadth and depth of our trading relationship, the success UK firms are having in China, and the huge opportunity the Chinese market holds for British companies, particularly with regards to market access.

As an international economic department, DIT will continue to support UK businesses to increase their share in this growing market and build on our substantial export figures, as we progress towards leaving the EU.

The deals were signed and agreed at a ceremony at Mansion House, witnessed by Minister for Trade Policy, George Hollingbery MP.

An MoU was also signed between DIT and the National Development and Reform Commission of the People’s Republic of China on infrastructure cooperation in third countries.

This is a technical agreement that focusses on facilitating practical cooperation between UK and Chinese firms on projects overseas – ensuring that projects are delivered in line with the highest economic, environmental, social and financial standards in order to deliver sustainable, and inclusive development outcomes and deliver real opportunities for UK and international businesses.

Deals valued at £503 million have been agreed, creating 175 new jobs.

Bilateral trade between the UK and China is worth a record £68.5 billion a year, the UK’s fifth-largest trading relationship.

Over the past decade UK exports to China have tripled, making China the UK’s sixth largest market globally with more than 10,000 UK businesses now selling goods and services to China.

Business Individuals to be protected from ‘devastati…