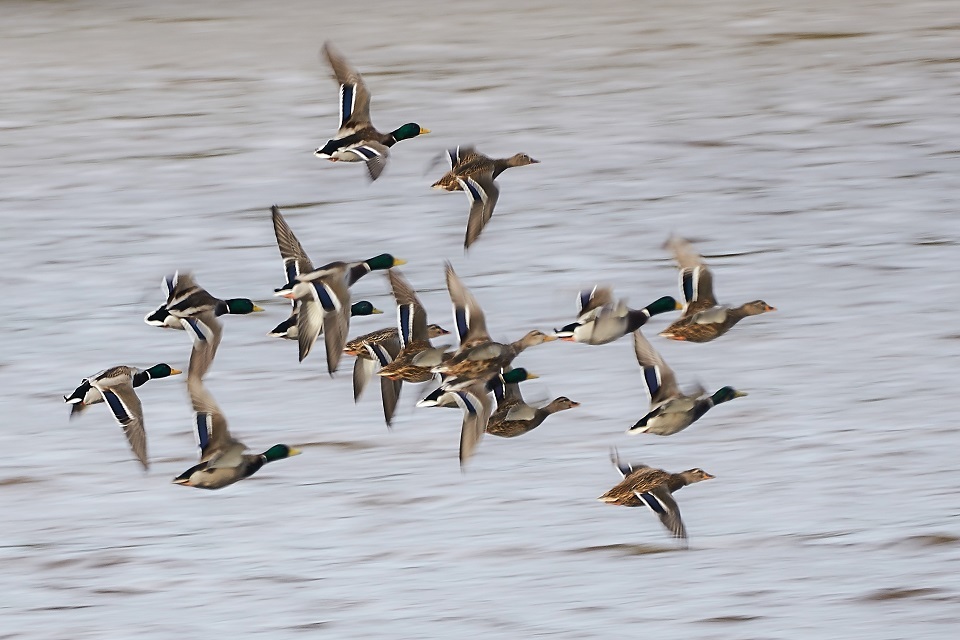 The Chief Veterinary Officers for England, Scotland, Wales and Northern Ireland have agreed to bring in new housing measures to protect poultry and captive birds from avian influenza following a number of confirmed cases across Great Britain in recent weeks.

The new housing measures, which will come into force on Monday 29 November, mean that it will be a legal requirement for all bird keepers across the UK to keep their birds indoors and to follow strict biosecurity measures in order to limit the spread of and eradicate the disease.

Wild birds migrating to the UK from mainland Europe during the winter months can carry the disease and this can lead to cases in poultry and other captive birds.

Housing measures have been in place for parts of North Yorkshire since 21 November following a number of confirmed and suspect cases of H5N1 avian influenza in poultry in the area.

Public health advice remains that the risk to human health from the virus is very low and food standards bodies advise that avian influenzas pose a very low food safety risk for UK consumers. Do not touch or pick up any dead or sick birds that you find and instead report them to the relevant helpline below. There is no impact on the consumption of properly cooked poultry products including eggs.

Government Chief Veterinary Officers are encouraging bird keepers to use the next five days to prepare for the new housing measures, including taking steps to safeguard animal welfare, consult their vet and put up additional housing where necessary.

The additional housing measures build on the strengthened biosecurity regulations that were brought in across Great Britain as part of the Avian Influenza Prevention Zone (AIPZ) on 3 November 2021 and in and Northern Ireland on 17 November 2021.

The introduction of housing measures means that from 29 November, in addition to housing all poultry and captive birds, keepers must continue taking extra precautions to keep their flocks safe. This includes regularly cleaning and disinfecting equipment, clothing and vehicles when entering or exiting sites and limiting access to non-essential workers or visitors.

The Chief Veterinary Officers from across all four nations have worked together to introduce the new housing measures at the same time, meaning that the restrictions will be applied across the whole of the UK.

We have taken swift action to limit the spread of the disease and are now planning to introduce a legal requirement for all poultry and captive bird keepers to keep their birds housed or otherwise separate from wild birds.

Whether you keep just a few birds or thousands, from Monday 29 November onwards you will be legally required to keep your birds indoors, or take appropriate steps to keep them separate from wild birds. We have not taken this decision lightly, taking this action now is the best way to protect your birds from this highly infectious disease.

The introduction of the housing measures comes after the disease was detected in captive birds at a number of premises across Great Britain (full list of cases in England below).

Poultry and captive bird keepers are advised to be vigilant for any signs of disease in their birds and any wild birds, and seek prompt advice from their vet if they have any concerns.

Poultry keepers must now do the following:

These new housing measures will be kept under regular review as part of the government’s work to protect flocks.

Do not touch or pick up any dead or sick birds that you find. If you find dead swans, geese or ducks or other dead wild birds, such as gulls or birds of prey, you should report them to the Defra helpline on 03459 33 55 77. For further information see our advice to the public.

Bird keepers should report suspicion of disease in England to Defra Rural Services Helpline on 03000 200 301, in Wales contact 0300 303 8268. In Scotland, contact your local Field Services Office. In Northern Ireland contact DAERA on 0300 200 7840. Keepers should familiarise themselves with our avian flu advice.

Avian influenza is in no way connected to the COVID-19 pandemic, which is caused by the SARS-CoV-2 virus and is not carried in poultry or captive birds.

In all cases the birds on site are humanely culled and Protection and Surveillance Zones are put in place to limit the risk of the disease spreading.

The government’s latest guidance on avian influenza, including how to spot the disease and what action you should take to report it, can be found here.

The government’s outbreak assessment following recent cases in England can be accessed here.

Biosecurity guidance and a biosecurity self-assessment checklists have been published on each of the GB administration’s website to assist all bird keepers in instigating and maintaining good biosecurity:

Bird flu is a notifiable animal disease. If you suspect any type of bird flu you must report it immediately. Failure to do so is an offence.

You can report suspected or confirmed cases in:

In GB, you are legally required to register your birds if you keep more than 50 birds. Keepers with less than 50 birds are strongly encouraged to register. It is also a legal requirement to notify APHA of any significant changes in the average number of birds kept.

In Northern Ireland if you keep any birds, other than pet birds kept in the owner’s home, you need to make sure they are registered.

Avian Influenza is in no way connected to the COVID-19 pandemic, which is caused by the SARS-CoV-2 virus which is not carried in poultry.