Work to install a new bridge through the existing roundabout and over the M6 to link sections of the A556, began in earnest in March. And the first aerial pictures of the work show how one of the most challenging construction projects in the region is literally taking shape – with the bridge foundations in the central reservation and carriageway verges being installed. 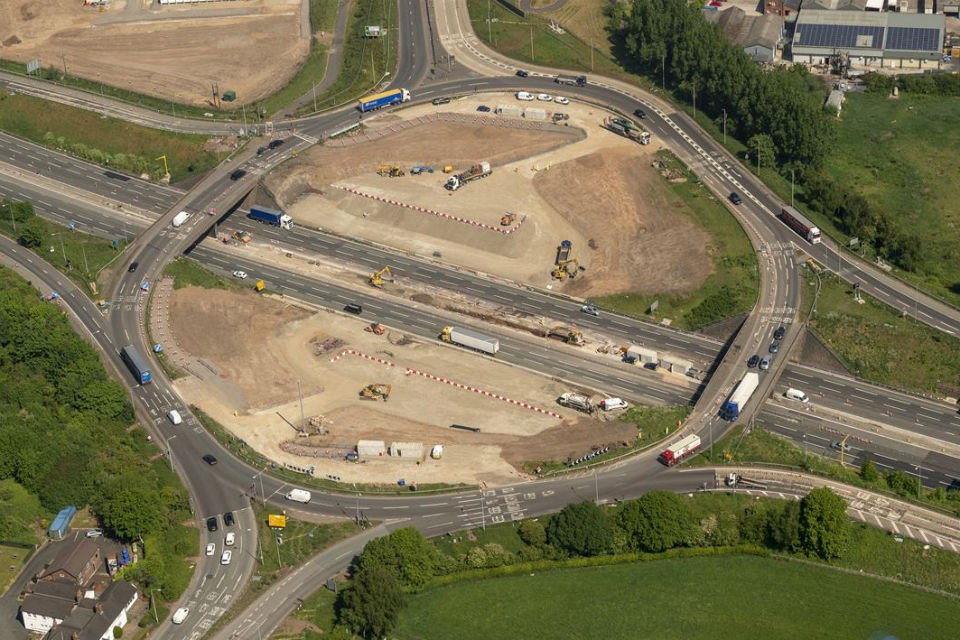 Aerial close-up of the centre of the roundabout and M6 carriageways showing verge and central reservation piers taking shape.

This new bridge through the roundabout and over the M6 will create a better flow of traffic between the motorway and the A556. This will speed up journeys and reduce congestion around the roundabout. There will also be improvements for pedestrians and cyclists.

The aerial photos show how much progress we’ve made in the last few weeks. We’d like to thank users of the motorway and the A556 for the patience they have shown while we have installed traffic management to enable us to get this complex construction project underway.

The new bridge is due to open next summer after a complex operation this winter to lift the bridge beams into place and construct the new deck over the M6.

While preparation work like establishing a construction compound occupied the first weeks of the project, permanent work such as installing piled foundations for the bridge piers is now underway. 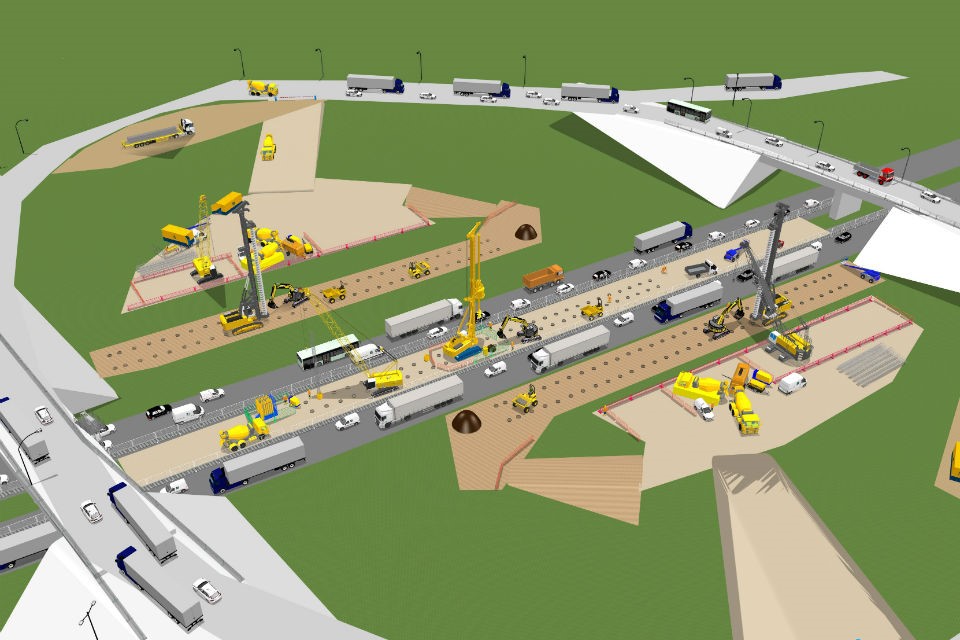 As part of the project planning process a graphic was produced to illustrate the site’s tight working spaces.

The junction upgrade requires a large amount of heavy plant equipment at the site. The tight working spaces requires narrowed lanes and a 50mph speed limit which have recently been installed along a short section of the motorway under the roundabout to help create a safe working space for the construction workers.

All preparation and construction work will be done in accordance with the latest government guidelines related to the Covid 19 outbreak. All Highways England sites have strict safeguarding measures to prevent the spread of the virus and no sites are open to the public.

The improved M6 junction 19 will tie into the A556 Knutsford to Bowdon bypass which opened three years ago. It will also complement the smart motorways already completed or underway in the north Midlands and Cheshire.