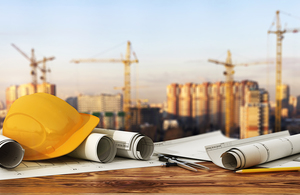 In 2020, the Competition and Markets Authority (CMA) fined 2 businesses, Vp and MGF, a total of over £15 million for illegally sharing confidential information relating to current and future pricing and co-ordinating their commercial activities to reduce strategic uncertainty. A third business, Mabey, was also involved in the cartel for a relatively short period of time. Mabey avoided a fine by cooperating under the CMA’s leniency programme – they were the first to bring the illegal activity to the CMA’s attention and then fully co-operated with the CMA’s investigation.

The businesses supplied groundworks products (such as braces, props and steel sheeting) which are used to protect excavations from collapsing. This includes making building foundations or laying pipes which are crucial for safe construction work. These products are supplied to customers in the construction industry which are used in a range of major housing and road developments, railway line works and water pipe upgrades.

The cartel arrangement took place on and off between 2011 and 2017 and was a response to increased price competition in the market.

Until 2009, there was a lack of competition on price in the market. This changed when Mabey – who would later go on to take part in the illegal activity for a 5-month period in 2014 – adopted a more aggressive sales strategy by allowing sales staff greater flexibility on price to win business.

The 2 main competitors to Mabey in the market, Vp and MGF, responded by illegally co-ordinating their commercial behaviour to reduce price and strategic uncertainty in order to maintain or increase pricing levels in the market. In particular, Vp and MGF monitored the prices each other were quoting customers (these quotes having been provided to them by those customers) and emailed each other examples of what they considered to be low quotes.

This is illustrated by an early email exchange between them in March 2010, which concluded after highlighting some low quotations :

[w]ith Mabey up to antics at the moment, I am keen not to get into a price war in Yo[r]ks with you.

This was followed in late 2011 by a series of email s between Vp and MGF highlighting low prices being offered to customers by their respective sales staff. On receiving examples of low MGF quotes sent to it by Vp, MGF employees replied to Vp noting that: “…two quotes were from one salesmans area, so I am sure we can nip it in the bud rapidly” and “We will get to the bottom of this urgently-my apologies-I’ll get out my big stick”. While over at Vp – after receiving emails from MGF about Vp sales staff offering discounts to customers – an internal email between two VP employees noted that, “it is important that we are maintaining rates as well”.

In 2014, MGF and Vp also communicated by telephone and email in relation to price reviews they were both carrying out. These communications provided comfort to each other that they would both increase their rates at similar times.

During 2014, at least 2 meetings took place between all 3 businesses in which they challenged each other on prices considered to be too low. They also discussed commercially sensitive, strategic pricing information about the introduction of new or increased charges for certain services.

Several of those involved in the illegal activity knew one another, they were on friendly terms and in regular contact. In addition to being competitors in the market, the businesses also had legitimate trading relationships between each other through the hiring and sale of construction products. They were suppliers and customers of one another. Although some contacts between the businesses were for such trading purposes, these legitimate reasons for being in contact could not excuse or explain the anti-competitive conduct that was uncovered by the CMA.

Secret meetings and use of personal emails

Meetings between the rivals took place in locations away from the individuals’ business premises. Various emails relating to the illegal business arrangement were also sent to personal email addresses.

One of those involved told the CMA that his counterpart from one of the other businesses “mentioned how he liked to meet without mobile phones or pads and that what would happen in the meeting would stay in the meeting.”

… we’re in at 2015 rates so perhaps we both move back to previous years to keep Mabey away.

A text in response said: “Yes, I think that’s the most sensible course of action given their current behaviour. Will do that today. Thanks”

When interviewed by the CMA, this individual said they were “caught between the interests of both companies” and, as their future employer was “under the misguided impression that they may be losing” the tender, they “needed to do the right thing” by both the old and new employer by sharing the information.

In fact, far from being the “right thing”, this was illegal. The fact that an employee of one firm is about to join a rival cannot justify the disclosure of competitively sensitive confidential information to his future employer.

How this broke the law

MGF and Vp, didn’t operate independently of each other, instead they colluded on price and strategic activity. Mabey was also involved in the wrongdoing, but for a shorter period.

Lessons from this case

Benefits of co-operating with an investigation

If a company is the first to report being part of a cartel and fully co-operates with an investigation, it can benefit from immunity from fines and its co-operating employees and directors can avoid criminal prosecution and director disqualification.

Even after an investigation has started, it can still benefit from reduced fines through our leniency programme.

Individuals may also be eligible for immunity from prosecution and director disqualification if they come forward independently and co-operate with the investigation.

If you think you may have broken the law, we always recommend that you seek independent legal advice.

If you have information on other companies in your industry that may have been involved in an anti-competitive arrangement, report it to us; you may qualify for a reward.

For more information, including how best to report, see our ‘Cheating or Competing?’ campaign page.

Business Response to the Government Office for Science
0
✖