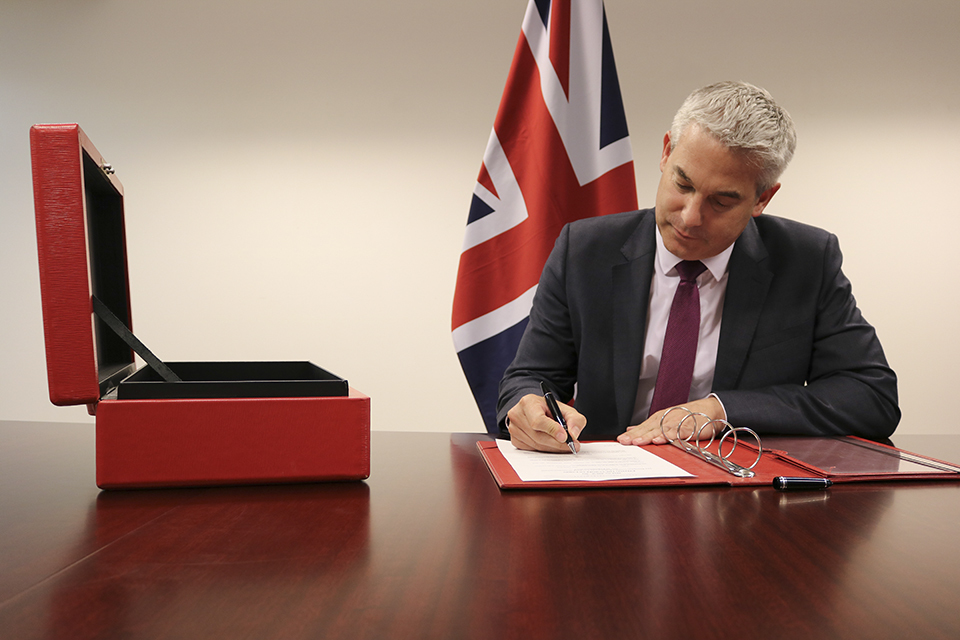 The 1972 Act is the vehicle that sees regulations flow into UK law directly from the EU’s lawmaking bodies in Brussels.

The announcement of the Act’s repeal marks a historic step in returning lawmaking powers from Brussels to the UK. We are taking back control of our laws, as the public voted for in 2016.

The repeal of the European Communities Act 1972 will take effect when Britain formally leaves the EU on October 31.

Speaking after signing the legislation that will crystallise in law the upcoming repeal of the ECA, the Secretary of State for Exiting the EU Steve Barclay said:

This is a clear signal to the people of this country that there is no turning back – we are leaving the EU as promised on October 31, whatever the circumstances – delivering on the instructions given to us in 2016.

The votes of 17.4 million people deciding to leave the EU is the greatest democratic mandate ever given to any UK Government. Politicians cannot choose which public votes they wish to respect. Parliament has already voted to leave on 31 October. The signing of this legislation ensures that the EU Withdrawal Act will repeal the European Communities Act 1972 on exit day.

The ECA saw countless EU regulations flowing directly into UK law for decades, and any government serious about leaving on October 31 should show their commitment to repealing it.

That is what we are doing by setting in motion that repeal. This is a landmark moment in taking back control of our laws from Brussels.