Bringing an end to impunity in Libya: UK Statement at the UN Security Council 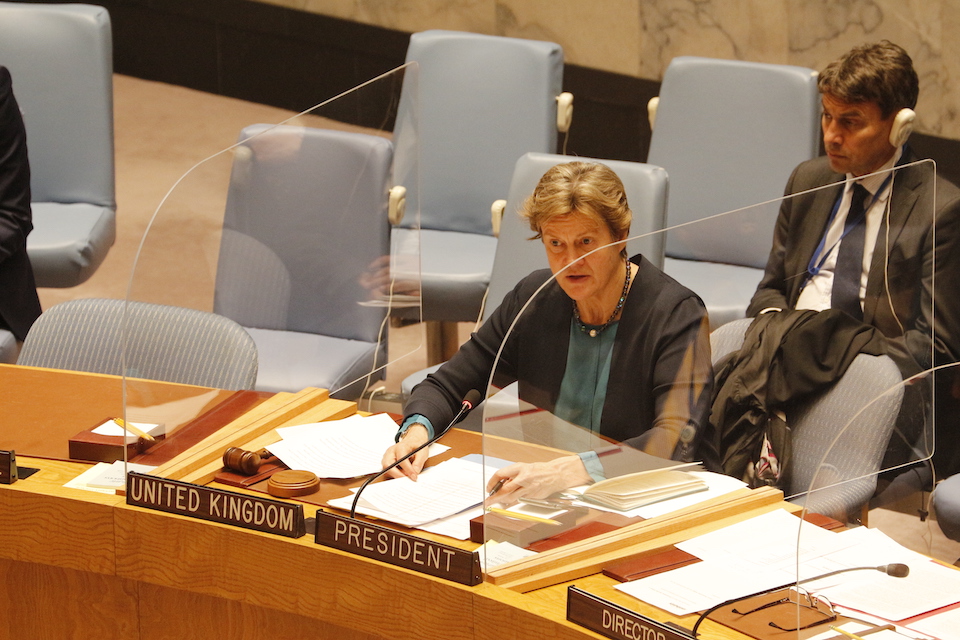 I would like to thank the Prosecutor, Karim Khan, for his important briefing today on the occasion of the 23rd report of the Prosecutor of the ICC on the situation in Libya. The United Kingdom gives its full support to the Prosecutor’s ongoing investigations and I welcome both the Prosecutor’s briefing and his report as a demonstration of transparency to the Council.

As the report sets out, there is credible evidence of the ongoing commission of widespread serious crimes in Libya, including crimes of conflict-related sexual violence. The UK condemns these reprehensible acts and calls for the perpetrators to be brought to justice. Human rights must be fully protected in Libya.

We must maintain our commitment to the victims of the last eleven years. The ICC investigation is an important contribution to transitional justice, which is critical to the success of the political process and in the interests of all Libyans. The UK calls on the Libyan authorities to cooperate with the ICC investigation and Independent Fact Finding Mission. Access to sites, evidence and witnesses free from intimidation is necessary for progress to be made.

The UK supports the Prosecutor’s renewed strategy and the principles on which he will take forward the investigation. The UK welcomes, in particular, prioritisation of the Libyan investigation and the announcement of additional resources, which we hope will accelerate progress towards justice for victims.

The UK commends the Prosecutor’s work to co-operate with national authorities and his intention to develop such partnerships further, including in assisting prosecutions at the national or regional level where this is appropriate. We reiterate our call for all relevant States, including both States Parties to the Rome Statute and States not party to it, to cooperate with the ICC and surrender individuals subject to arrest warrants.

This Council mandated the Prosecutor’s investigation in Libya, in order to ensure accountability for serious international wrong-doing. The UK will remain steadfast in its commitment to accountability for atrocity crimes in all situations in which they are committed. We will continue to work with the Prosecutor and with international partners to bring an end to impunity.

Bringing an end to impunity in Libya: UK Statement at the UN Security Council