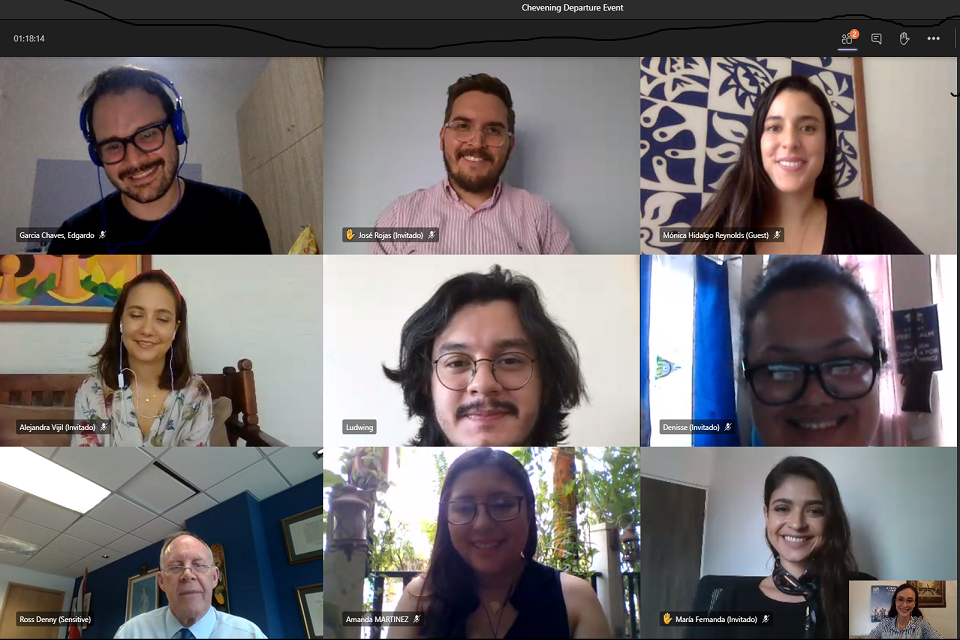 On 17 September, the British Ambassador to Costa Rica and Nicaragua, Ross Denny, hosted a virtual farewell event for Chevening scholars selected to study a one-year Masters in the United Kingdom.

Ambassador Denny congratulated the six scholars, three from Costa Rica and three from Nicaragua, for having been selected for this prestigious award. He remarked that although the circumstances had prevented them from starting their courses physically in the United Kingdom, that UK universities’ ability to adapt quickly to the current context meant that they were all able to begin their studies remotely. Ambassador Denny also encouraged them to make the most of the virtual activities that would be organised by different university groups.

This year, the following scholars will be doing their Masters in the UK:

Established in 1983, Chevening, the UK government’s flagship scholarship programme, aims to develop global leaders and represents “a unique opportunity for future leaders, influencers, and decision-makers from all over the world to develop professionally and academically, network extensively, experience UK culture, and build lasting positive relationships with the UK.”

Applications for the 2021-2022 academic year have already opened and will close on 3 November 2020. For further information and application details, go to: Chevening

Education New chair of the Skills and Productivity Board con…
0
✖