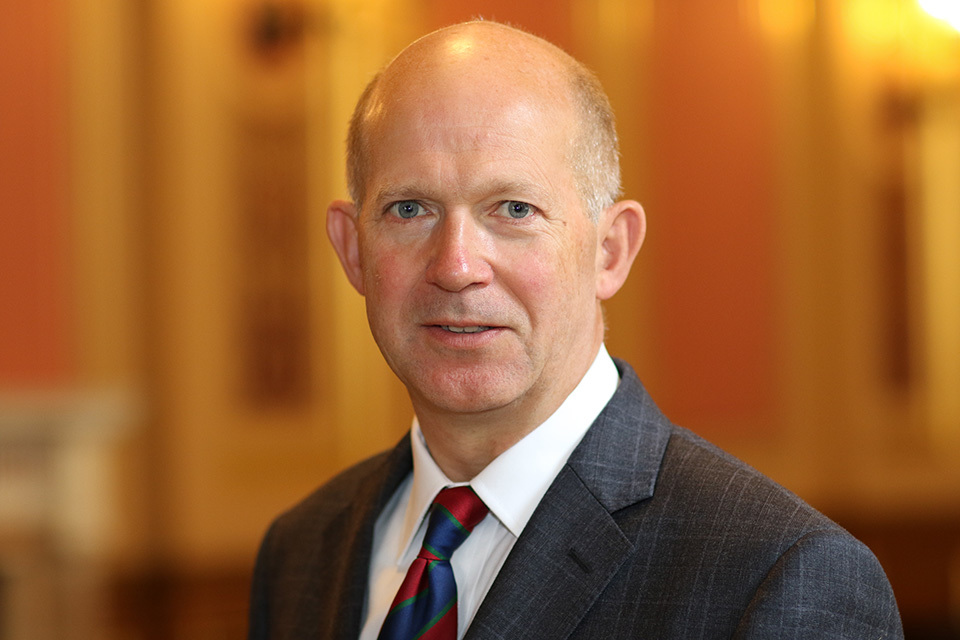 Today we are launching the Royal British Legion’s poppy appeal in Turkey. After the centenary anniversaries of the First World War, we must all be very familiar with how important the poppy has become in our culture, as a symbol of remembrance of those who died in that war and later conflicts.

As I did at this event last year, it might be interesting to say a little about the origins of the famous poem, In Flanders Field, which probably best of all reminds us of the ubiquity of poppies on the Western front. This is how the poem came to be written.

During the early days of the Second Battle of Ypres, on 2 May 1915, a young Canadian artillery officer, Lieutenant Alexis Helmer, was killed when a high explosive artillery shell landed near his gun position. Lt.Helmer was serving in the same Canadian artillery unit as a friend of his, the Canadian military doctor and artillery commander Major John McCrae.

Because the chaplain had been called away somewhere else that evening, Major McCrae, as the brigade doctor, was asked to conduct the burial service for his friend Alexis Helmer. He did so and, filled with the emotions of having said goodbye to a close friend, he sat down in the evening, with thoughts of the burial filling his mind, and began writing his now famous poem “In Flanders Fields”.

It was the spring of 1915. The sun had begun to warm up the countryside after the long, cold winter of 1914-1915. In the region around Ypres, a city in Flanders, the months of April and May 1915 were unusually hot. A flower that was taking advantage of the good weather, blooming in clusters on and around the front lines, was the red field or corn poppy.

The sight of these delicate, vivid red flowers growing out of the shattered ground caught the attention of Major McCrae. He noticed particularly how poppies had sprung up in the disturbed ground of the burials around the artillery position he was in.

And should you wish to be reminded, this is what John McCrae wrote:

In Flanders fields the poppies blow

Between the crosses, row on row,

That mark our place; and in the sky

Scarce heard amid the guns below.

We are the Dead. Short days ago

Loved and were loved, and now we lie,

Take up our quarrel with the foe:

To you from failing hands we throw

The torch; be yours to hold it high.

If ye break faith with us who die

We shall not sleep, though poppies grow

“In Flanders’ Fields” is not the only First World War poem that mentions a poppy. Isaac Rosenberg’s poem, Break of Day in the Trenches, makes a passing reference to a poppy, which reinforces our sense of it as a commonplace feature of the landscape of the trenches. The focus of the poem is a rat, as you will now hear. By the way, Isaac Rosenberg died of pneumonia while on active duty in 1918.

Isaac Rosenberg, ‘Break of Day in the Trenches‘.

The darkness crumbles away.

It is the same old druid Time as ever,

Only a live thing leaps my hand,

As I pull the parapet’s poppy

To stick behind my ear.

Droll rat, they would shoot you if they knew

Now you have touched this English hand

You will do the same to a German

Soon, no doubt, if it be your pleasure

To cross the sleeping green between.

Today, we may think of the poppy, a commemorative symbol of the Great War, as a very British phenomenon. But actually that’s not how it started.

On 29 September 1920, it was the National American Legion, a body established to look after the welfare of US veterans and their families, who were the first to agree on the use of the Flanders Fields Memorial Poppy as the United States’ national emblem of Remembrance.

Then a French woman by the name of Madame Anna E Guérin, who was present at the National American Legion convention, decided that artificial poppies could be made and sold as a way of raising money for the benefit of the French people, especially orphaned children, who were suffering as a result of the war.

Mme Guerin introduced the idea of the memorial poppy to the nations which had been allied with France during the First World War. During 1921 she made visits or sent representatives to America, Australia, Britain, Canada and New Zealand.

And so it was that in 1921 Anna Guérin sent some French women to London to sell their artificial red poppies. Madame Guérin herself went in person to visit Field Marshal Earl Douglas Haig, the founder and President of The British Legion, the British ex-service men and women’s organisation. She persuaded Earl Haig to adopt the Flanders Poppy as an emblem for the Legion.

The first British Poppy Day Appeal was launched that year, in the run up to 11 November 1921. It was the third anniversary of the Armistice that had ended the Great War. Proceeds from the sale of artificial French-made poppies were given to ex-servicemen in need of welfare and financial support.

And from those small beginnings, a national tradition, almost a way of life at this time of year, was born. For the last 98 years, the red poppy has been sold by The British Legion from mid-October to Armistice day or Remembrance Sunday to raise funds in support of the organization’s charitable work.

As you may know, the Royal British Legion provides lifelong support for the Armed Forces community – serving men and women, veterans, and their families.

There are no veterans of the First World War still alive. The last British surviving solider, Harry Patch, died at the age of 111 in July 2009.

But the demands on the Royal British Legion’s charitable work have not ended. There have been many conflicts since the Great War – the Second World War, the Korean War, the Suez emergency, the Malayan emergency, the troubles in Northern Ireland, the Falklands War, two Gulf wars, Afghanistan, Bosnia, Sierra Leone…..sadly that list is far from exhaustive.

Our service men and women put themselves in harm’s way to defend our country, to protect our allies and to uphold our values.

By wearing the poppy, we show our support for them, we recognise their service and we donate to the charity, the Royal British Legion, that takes care of them and their families in times of need.

So I hope, between now and Remembrance Sunday, everyone will wish to buy a poppy and make a contribution to the charitable work of the Royal British Legion.

At the going down of the sun and in the morning, we will remember them.