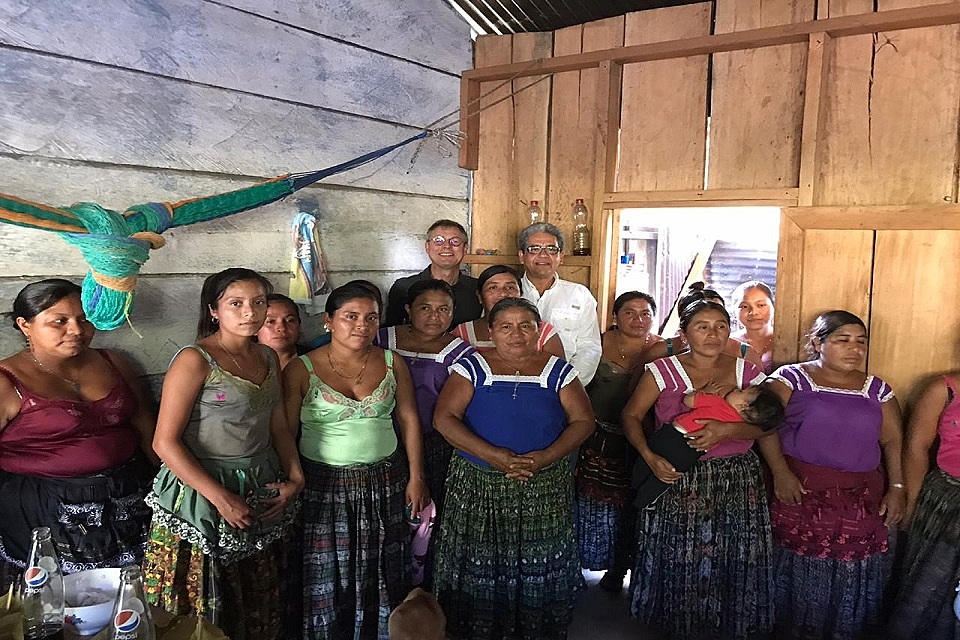 He met with communities and reaffirmed his commitment towards environmental protection and the creation of economic opportunities.

During his visit on 20th February, Ambassador Whittingham hosted meetings with civil society organisations in southern Petén, including the Inter-Sectorial Board of Land and Environment (MITA). Local authorities also participated in discussions about the use of multisector coordination mechanisms to address challenges in the Adjacency Zone and to verify the impact of financial assistance from the British embassy in the territory.

The Ambassador also visited the community of Monte Los Olivos to learn about the projects under implementation. Monte de Los Olivos is one of the 17 priority communities within the Adjacency Zone with projects that benefit more than 1,200 families. Among these initiatives are the diversification of agricultural crops, the establishment of agroforestry systems and the management and commercialisation of xate, among others.

The British Embassy has supported the promotion of integral rural development through projects that focus on health, education and nutrition within these communities. The United Kingdom has encouraged collaboration between the governments of Guatemala-Belize by supporting the operation of a “Technical Roundtable” that addresses the main environmental, social and economic challenges in the territory, with the aim of maintaining that dialogue.

In Guatemala, the United Kingdom works closely with partner organisations such as Asociación Balam, the Coordinator of Peasant Agricultural Associations (COACAP), and the Association for Integral Rural Development of the Adjacency Zone (ADRIZA). The Mayor’s Offices of San Luis, Poptún, Dolores, El Chal, Melchor de Mencos have participated in and supported this process; the Vice Ministry of Agriculture for Petén Affairs, CONAP, INAB, MINECO and other government entities were included in the dialogue.

On 21st February, the Ambassador paid a courtesy visit to the Office of the Organization of American States (OAS) in the Adjacency Zone. Then he moved to the community of El Arenal, shared by Melchor de Mencos – in Guatemala – and Benque Viejo – in Belize – to participate in a football match with students from both countries who share the mutual desire to promote peace and prosperity.