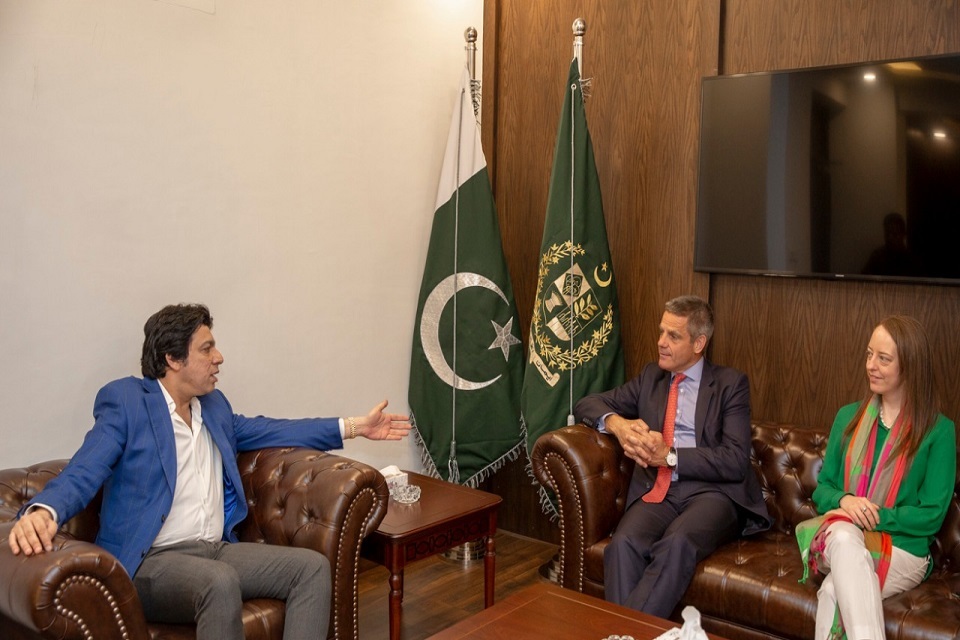 Her Majesty’s Trade Commissioner to the Middle East, Afghanistan and Pakistan, Simon Penney, visited the Tarbela Dam on Monday, only days after UK Company Mott MacDonald was appointed as lead consultant for the Tarbela 5th Extension hydropower project.

Earlier in the morning he visited Minister for Water Resources Muhammad Faisal Vawda to discuss greater collaboration between the UK and Pakistan in meeting Pakistan’s future water resource and hydropower ambitions.

The appointment follows the successful commissioning of Tarbela 4, where Mott MacDonald was also lead consultant. The project is being delivered by the Water and Power Development Authority of Pakistan (WAPDA).

Tarbela power station, situated below the largest earth-filled dam in the world, has been steadily developed since it was originally commissioned in 1976. The aim of the extension is to increase seasonal power supply in Pakistan to meet increasing demand for electricity.

I am delighted that a flagship British company like Mott MacDonald is playing such a valuable role in supporting the delivery of an important project that will deliver energy to thousands of people, and congratulate WAPDA on progress to date. I would like to see more UK companies supporting Pakistan in meeting its future energy needs.

We are excited to continue our involvement with the Tarbela project. Our design innovation on Tarbela 4 increased the power supply by 47 per cent. Similarly, our designs for Tarbela 5 have increased power by a further 10 per cent. We are proud that our work will connect new opportunities for energy reliance and sustainability in Pakistan.