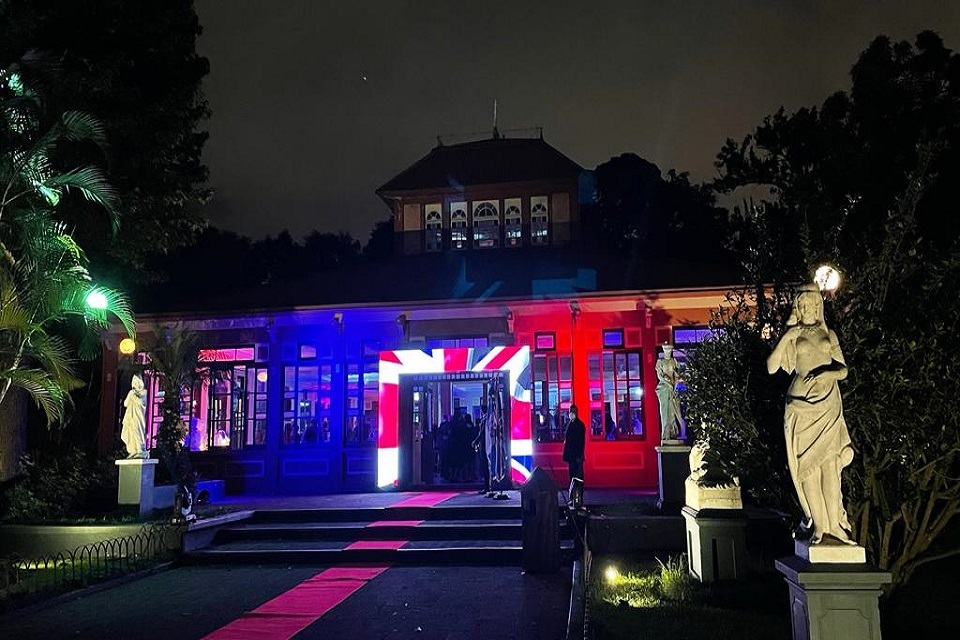 Good evening and welcome to the Queen’s Birthday Party and Platinum Jubilee Celebration!

The last time I stood at a podium to deliver a Queen’s Birthday speech was in March 2020. It feels a long time ago. And as I stand here today it shocks me how much the world has changed in two years.

In March 2020 Covid-19 officially arrived in Guatemala. The reality of a global health crisis was beginning to be felt. But I doubt that many of us understood then the impact Covid-19 would have. People across the world have suffered directly or indirectly. They have lost loved ones. They have suffered economic challenges. And we continue to live with uncertainty.

I also doubt that two years ago anybody would have believed that a European country, Russia, could invade without provocation a neighbour, Ukraine. But today we witness via news channels the flattening of Ukraine’s cities through the indiscriminate use of artillery and missile strikes with massive loss of life. These are horrors from the past that I never expected to see in the 21st century.

Despite the challenges we have faced, the global response to Covid and the near universal repudiation of the Russian invasion of Ukraine demonstrate the resilience and importance of international organisations such as the UN and NATO. In this context, I would like to take this opportunity to thank Guatemala for its strong support. Guatemala’s votes at the UN have helped send a clear message to President Putin that his invasion will not be allowed to succeed.

Another area of international co-operation that we should celebrate is COP26 and the concrete outcomes it achieved. Of course, there is still much to do if we are going to tackle climate change. But COP26 demonstrated the art of the possible and sets the stage for future work to overcome this existential risk to our world. I would like to express my thanks to Minister Rojas and Rita Mishaan for their important work at COP26 that contributed to its success.

This evening, however, is of course focused on one celebration in particular, And that is the Queen’s Birthday and her Platinum Jubilee which marks her 70 years on the throne. I spoke a moment ago my shock at how much has changed during my two years as Ambassador. This change pales into insignificance when one thinks about the changes the Queen has witnessed since she assumed her role in 1952.

In 1952, there was, of course, no twitter, no internet, there were no personal computers or mobile telephones. It took several hours for the Queen to hear of the death of her father because she was travelling in Kenya. Something unimaginable today.

Here in Guatemala Jacobo Arbenz was President, Nobel prize winner, Miguel Angel Asturias, was a diplomat in Paris and Guatemala participated for the first time in the Olympic Games in Helsinki with 21 athletes. The population of Guatemala was just three million people.

In the UK Winston Churchill was Prime Minister and a thick smog in London in December killed 4,000 people. The UK was still recovering from the impact of the Second World War.

Since 1952 the Queen has worked with 14 Prime Ministers, made 150 overseas visits and carried out more than 21,000 royal engagements. She has sat for more than 200 official portraits, and she is the longest reigning monarch the UK has ever had.

She is the only person in the UK to be allowed to drive without a licence. She doesn’t have a passport – despite her extensive travel. And she has two birthdays – today we mark the official birthday that happens in June.

But the fact that stands out for me about the Queen is her outstanding sense of duty and empathy to those who are in suffering around the world. She has been an important figurehead for the UK during times of enormous social change, including the difficult times we are facing today. She has stood for important values.

I take inspiration from this as I look forward to working, with my team, in Guatemala and Honduras during the coming year.

We will continue to build our economic relationship through the UK-Central America Association Agreement. I very much hope that despite global challenges we can boost bilateral trade and explore investment opportunities. These are important pre-conditions to reducing poverty.

At the same time we will continue to champion the importance of rule of law, fostering transparency, protecting human rights and tackling corruption. These values are prerequisites for solid democratic structures and creating a business environment that can attract investment. As part of this work the UK last year sanctioned a Guatemalan Congressman for corruption. The UK Government also made statements linked to other rule of law-related issues. In line with the norms of diplomacy around the world, my team and I will continue to promote these values – and we value the important dialogue we have with the Guatemalan government.

Our climate change work and efforts to support biodiversity here will ramp up this year following the launch of the Biodiverse Landscapes Fund. About US$25 million will be invested over the coming seven years in Guatemala, Belize, El Salvador and Honduras to achieve these objectives and help with the sustainable development of communities living in these areas.

None of this will happen of course without the support of everyone here today. The Guatemalan Government, private sector, civil society, the press, British nationals – all of you are essential partners. So let me take this opportunity to thank you all for your support during the past two years – and I very much look forward to working with you all during the year ahead (hopefully without masks!).

I would also like to thank the Embassy team who have demonstrated enormous energy, creativity and commitment during difficult times. I feel very fortunate and humbled to lead such a great team.

And of course I thank my wife, Yuehping, who always says the words I need to hear, and listens to words she’s probably had to listen to at least two times before. I couldn’t do my job without her.

So to finish, thank you all for coming. Enjoy the evening, which is designed to be a party – not a formal reception. Hot food is now served. And, I hope, dance to the music of the Rubber Souls who have a programme of British music lined up.