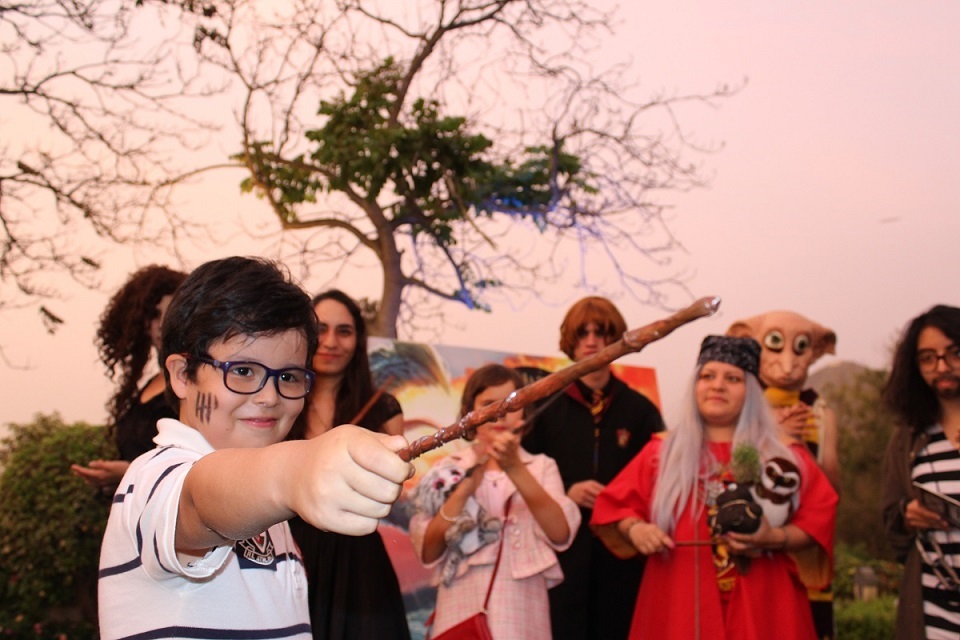 Hogwarts moved to Lima. The venue of The Triwizard Tournament moved to the Residence of the British Ambassador to Peru. The first Harry Potter Book Night held by the British Embassy in Lima brought together over 300 members of the Potterhead community to celebrate the magical universe created by J.K. Rowling.

For many people, Harry Potter is the first contact they have with literature. And I’m honoured that this first contact is with a British author. There is no doubt that J.K. Rowling is one of the UK’s most important cultural exports and one of the world’s greatest literary successes.

At the beginning of the evening, guests had the opportunity to try on the Sorting Hat and be appointed to one of Hogwarts School’s four houses. The newly initiated wizards from Gryffindor, Slytherin, Hufflepuff and Ravenclaw spent the afternoon learning how to prepare potions, design and use magic wands, and train fantastic animals. Other activities for the nearly 300 people who attended the event included trivia, storytelling and virtual reality.

At dusk, volunteers dressed up as Voldemort, Harry Potter, Ron Weasley, Bellatrix and the dreaded Death Eaters performed the Battle of Hogwarts, encouraging attendees to join the final battle between the forces of good and evil in this magical universe.

At the end of the event, the Ambassador awarded the winner of the costume contest. Lucia Cabrera, dressed as Sirius Black, earned all the applause from the audience and convinced the jury with her excellent portrayal of the prisoner of Azkaban. The diplomat said:

British literature has stories for all audiences, from Harry Potter to Pride and Prejudice. I invite you to discover millions of these fascinating stories.

The Harry Potter Book Night, an event promoted globally by Bloomsbury Publishing, focused this year on The Triwizard Tournament. Británico, Cambridge Assessment English, Hollyfood, LUG Peru, Lego, the Order of the Sun Fan Club, among others, helped turn this event into a magical experience for all involved.