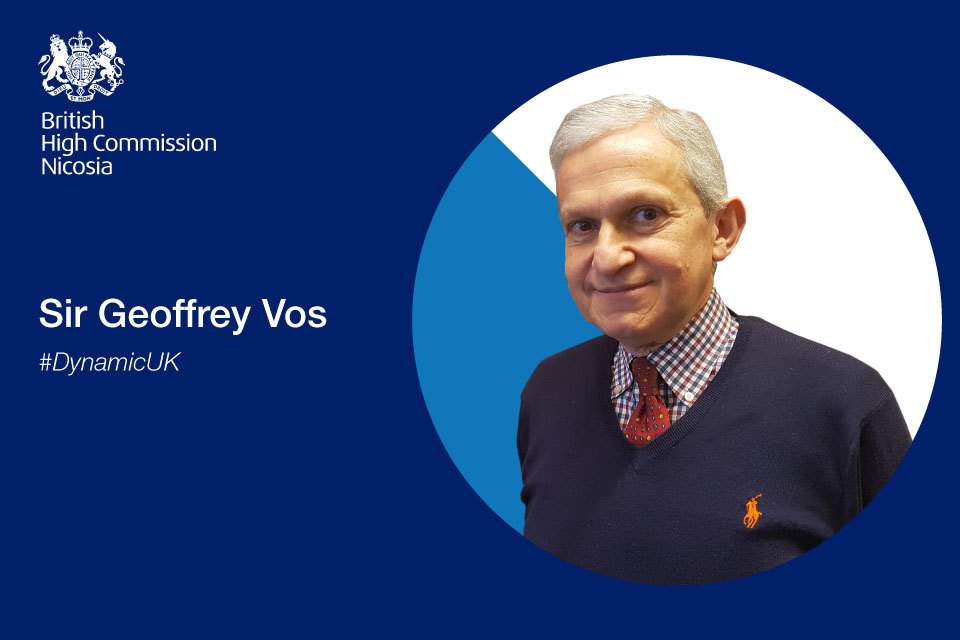 Presenting a #DynamicUK, the British High Commission in Cyprus has taken the initiative to launch an insightful webinar series focused on sharing the effects that COVID-19 has had on the world. The webinar reveals how elements of the UK adapted to the pandemic and how they continue to innovate to rise to the challenges they face.

The British High Commission has opened up an invitation to six highly innovative British professionals from various industries to share their knowledge and expertise on how the current pandemic has affected their fields. In our first discussion, Christophoros Christophi, of Christophi and Associates LLC, spoke to Sir Geoffrey Vos about the effect of the pandemic on the Judiciary. They also discussed Sir Geoffrey’s vision of a technology-enabled justice system.

Sir Geoffrey Vos is the Chancellor of the High Court, and soon to be Master of Rolls, the head of Civil justice in England and Wales. He has responsibility for the conduct of business in the Business and Property Courts and prior to that, he was a Lord Justice of Appeal from 2013 and a President of the European Network of Councils for the Judiciary. He is a keen proponent of technology and in November Sir Geoffrey launched the LawTech Delivery Panel’s statement on Cryptoassets and Smart Contracts.

In this interview, Sir Geoffrey analyses ways that technology can be used to improve access to justice, to reduce delays and costs as well as the barriers that may stand in the way of major reform, including strategies that might win the hearts and minds of the legal sector and overcome its reluctance to embrace change. Sir Geoffrey stated:

When preparing this talk, I looked back to the talk I gave in Nicosia on 15 June 2018 which was titled ‘English Law underpinning FinTech, Legal Tech, and RegTech’. I said that the common law was peculiarly well-adapted for use in e-justice and online courts. And I remarked that in an era when people can get every kind of service instantly or at worst the next day by calling it up on their smartphones, it is inconceivable that they will accept, in the longer term, the delays that are inherent in almost all justice systems. That was why we needed to move fast to develop Online Dispute Resolution before the millennials lose faith in justice itself.

Throughout this enlightening discussion, the High Court Chancellor analyses the new era of online courts brought forward by the pandemic, and his vision of an integrated Alternative Dispute Resolution that is supported by the Judiciary, as well as technology can assist in the resolution of high profile and complex cases. Sir Geoffrey stated:

In my view, even the most complex and high-profile cases can be resolved more quickly, at lower cost and more efficiently with the help of legal technology…The current UK system, which you operate in Cyprus too, originated in the 19th century. It needs a total re-think both in the UK and in Cyprus. I know that you are in the process of reform and modernisation and that Lord Dyson was involved with that work, but I am talking about something more extensive. Still more radical reform is needed.

Discover more and gain insights on justice and technology, by watching the entire webinar in the video below.