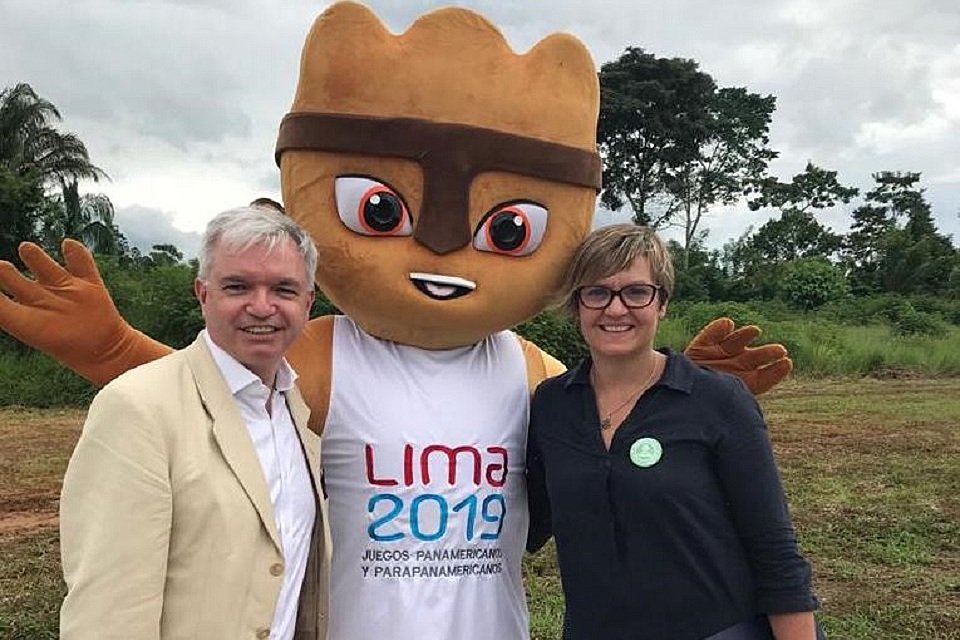 Lima – Mark Menzies MP, the Prime Minister’s trade envoy for Peru, Argentina, Chile and Colombia visited Peru from 25 to 28 February. During this first official visit from the United Kingdom after its departure from the European Union on January 31, Boris Johnson’s envoy said:

EU Exit opens a fantastic commercial opportunity for the relationship between the United Kingdom and Peru.

Menzies expressed United Kingdom’s intention to deepen the collaboration between both countries. In that sense, he shared the interest of working closely in sectors such as infrastructure, climate change, renewable energies, sustainable mining, among others. He assured:

We are very interested in supporting Peru in the reconstruction process, in the north of the country. We can offer our UK companies’ expertise in sustainable infrastructure in areas where the population is particularly vulnerable to the impacts of climate change.

Menzies accompanied President Martin Vizcarra, the Minister of the Environment Fabiola Muñoz and Her Majesty’s Ambassador Kate Harrisson to Tambopata to participate in the event by which the 2019 Pan American and Parapan American Games were declared the first green games in history. During the ceremony, he said:

It has been an honor for us not only to contribute with quality infrastructure in these Lima 2019 Games, but also in measuring the carbon footprint and preparing the guide on how to organise games in a sustainable way.

During his visit, Mark Menzies also shared the desire to learn about Peru’s experience in organising the COP20 climate summit in 2014, as this year’s edition is to be held in Glasgow, Scotland.

Menzies’ official agenda also included meetings with the Minister of Transport and Communications, Carlos Lozada, and the Director of the Reconstruction Authority, Amalia Moreno. With them he discussed projects and opportunities for the provision of sustainable infrastructure in areas of Peru that are particularly vulnerable to the impacts of climate change. The Trade Envoy assured:

Our experience in delivering timely and quality infrastructure projects at the Pan American Games has shown that we are ready to support the process of rebuilding the northern area of Peru that was destroyed by the flooding caused by the El Niño Costero phenomenon in 2017.

Menzies also visited the National Institute of Neurological Sciences in Barrios Altos, where one of the ten mobile clinics supplied by the British company MCC London Limited to the Ministry of Health operates.

These clinics can be set up and operate in just 45 minutes, and offer services in cardiology, endocrinology, internal medicine and more. One of these mobile clinics was used to support the medical services provided to the victims of the tragic deflagration in Villa El Salvador. About this effort, Menzies concluded:

Infrastructure is basic to good health care and I am pleased to see that British technology is enabling the Peruvian government to have facilities that are focused on the needs of patients and aimed at improving health outcomes.

British investments in Peru to continue after EU exit