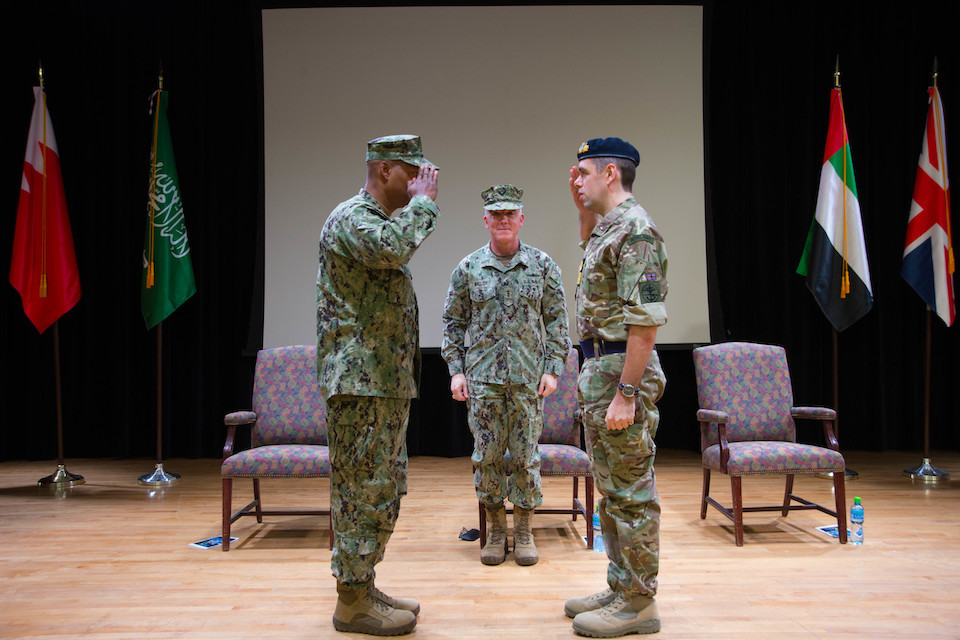 Commodore James Parkin took over the post during a ceremony at the International Maritime Security Construct (IMSC) headquarters in Bahrain.

The IMSC – which so far consists of the UK, USA, Australia, UAE, Saudi Arabia, Bahrain and Albania – was established in September 2019 to ensure the free flow of maritime trade through critical waters in the Gulf. The group conducts maritime surveillance, providing a deterrent to illegal activity and reassurance to commercial shipping.

Events in the Gulf last summer, including attacks on four tankers off the coast of the United Arab Emirates and the illegal seizure of the British-flagged oil tanker Stena Impero, saw the threat to commercial shipping rise.

The IMSC is committed to ensuring the safety of shipping in the Gulf region, which contains some of the most important choke points in the world. We recognise the importance of freedom of navigation and will ensure it is upheld by our seven member nations.

While the UK continues to call for de-escalation, the safety and security of our citizens and our interests in the region are of paramount concern to the UK and all other members of the IMSC.

Cdre Parkin will remain in post for around four months and takes over from Rear Admiral Alvin Holsey, US Navy.

International Affairs Change of Her Majesty’s Ambassador to Jordan, Ap…
0
✖