The British Week 2019 in Paraguay took place from Monday 9 to Saturday September 14. Raising awareness of British culture, it strengthened ties between Paraguay and the United Kingdom.

The week featured elements from the United Kingdom in a variety of environments, offering a range of events for all tastes. The week kick started with visits by the corgis Mila and Kylo at the British Embassy offices. Kylo the corgi dressed for the occasion during his visit at the British Embassy in Asunción.

The week offered a wide range of events in different areas of work. The first event was the UK-based universities fair in the border city of Ciudad del Este, and the next day at the capital in Asuncion. The fair is an annual event organized by Inova Education and the British Embassy in Asuncion.

On Tuesday, the Ambassador and DIT Officer hosted an even on UK innovation and creative industries. On Wednesday, the Embassy offered a reception on the Media Freedom campaign, during which we also launched the Annual Human Rights Report 2018. On Thursday, winners of our raffles on social media attended the screening of the film “Yesterday”. On Friday, our Chevening Alumni hosted an after office with for those interested in studying in the United Kingdom. During the entire week, local restaurant Talleyrand offered a special menu with gourmet dishes and a promotions of British drinks. One of the platters offered by Maurice during the British Week.

In addition, the British Embassy promoted the 12 International Harp Festival, an activity in Asunción the same week with the support of the Municipality. As part of this festival, British harpist Anita Aslin offered the public a concert open to the public and free of charge. 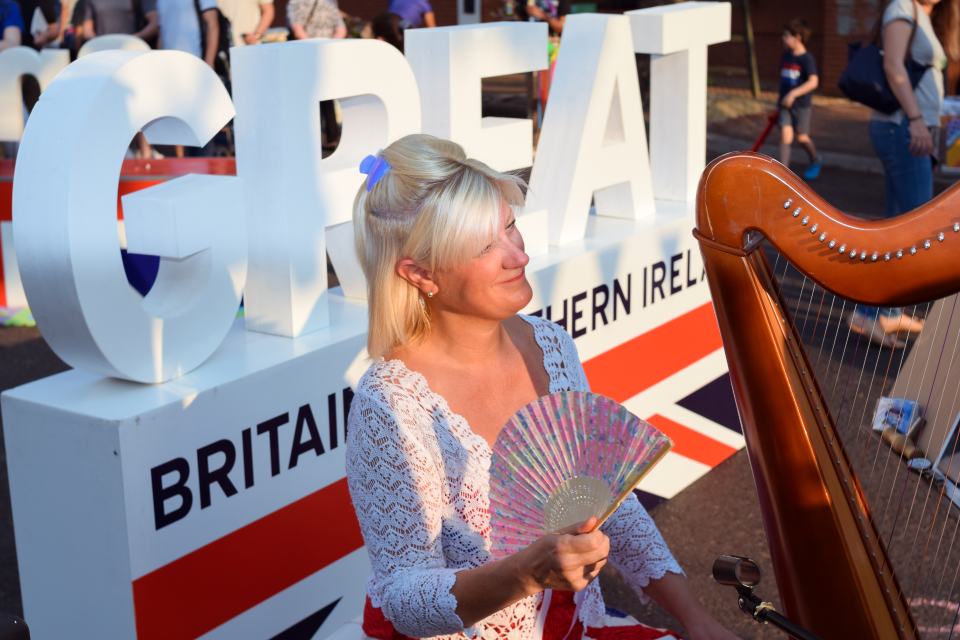 Harpist Anita Aslin delights the public with her music.

The grand finale of the British Week was on Saturday at the “Calle Cultura” fair, organised by the Paraguayan-British Cultural Association (ANGLO) and other cultural organisations. The British Embassy team hosted activities to raise awareness about single-use plastics. Our Deputy Head of Missing read a story for the youngest participants in our audience, and Ambassador Matthew Hedges participated of the inauguration of a street library.

We wanted this British Week to be an opportunity to share British culture.

From the best universities in the world to centres of global quality for innovation and creativity, the United Kingdom has a lot to offer. People used the GREAT body letter for their family photos.