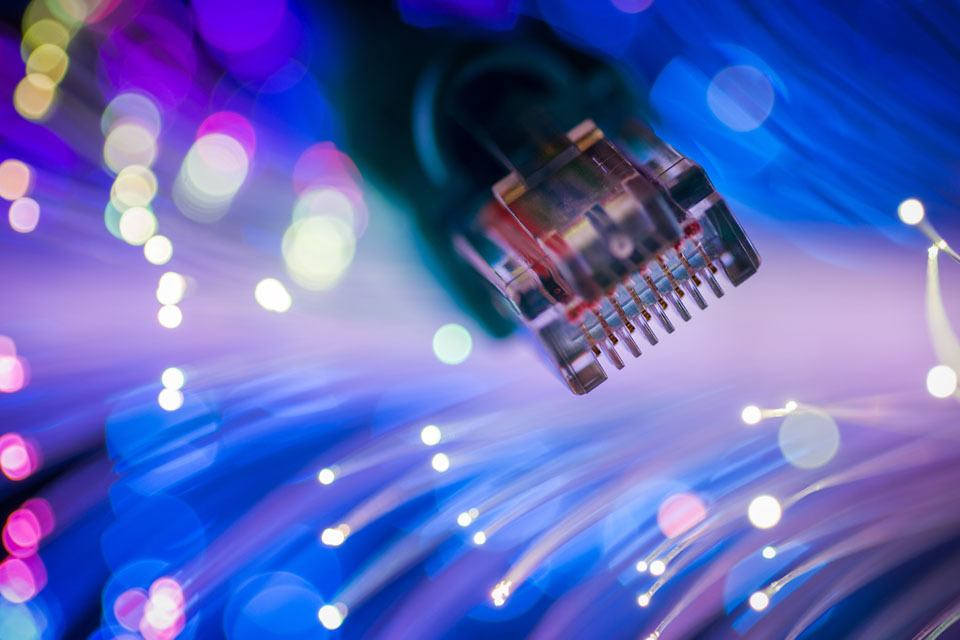 The £2.6 billion government scheme to roll out superfast broadband to ‘commercially unviable’ parts of the UK sparked a surge in home values of up to £3,500, according to a new report.

More than 96% of homes and businesses can now access superfast broadband, which provides a minimum of 30 megabits per second and fast enough to allow multiple people to hold video calls, watch high-definition movies and enjoy online gaming at the same time.

But as the government prepares to kick off its new £5 billion programme to roll out even faster gigabit broadband, Digital Secretary Oliver Dowden highlights that 11 million – or two in five – homes are yet to upgrade to superfast despite it being available in their area.

The independent review of the Superfast Broadband Programme, which secured faster connections for 5.5 million homes and businesses, found it had created £2.7 billion in economic benefits since starting in 2012, including:

The availability of faster coverage also helped power businesses and sparked a £1.9 billion increase in total annual turnover for firms based in areas upgraded through the programme.

The report, conducted by Ipsos MORI, concludes the programme’s value for money is continuing to rise. For every £1 invested by the government in the programme, an additional £2.70-£3.80 of economic and social benefits has been created in the UK economy.

Our mission to level up the country with faster broadband is delivering much more than just quicker downloads. It’s boosting the value of homes and businesses while helping to create thousands of jobs and keep the economy moving.

96% of us can now access superfast broadband, but 11 million homes are still missing out on faster speeds available in their area. I encourage anyone fed up with slow loading times or shaky video calls to check with their provider or an online switching service and see if they can join the superfast lane.

The programme saw the UK government join forces with councils and devolved administrations to invest more than £2.6 billion to ensure superfast speeds were rolled out to areas across England, Scotland, Wales and Northern Ireland where no plans for commercial build were in place.

The Superfast Broadband Programme has extended fast, reliable connectivity to areas that would have otherwise been left on the wrong side of the digital divide.

For our part, 2020 saw us extend our network footprint to over 150,000 premises, all served with ‘full fibre’ gigabit capable connectivity. A large part of that has been delivered through the Superfast Broadband Programme, connecting areas that, without the support of the programme, would be unlikely to receive this service due to the high cost to connect them.

We are proud of the role we have played in this programme and look forward to working with DCMS, BDUK and local authorities in extending gigabit capable connectivity across the UK as quickly as possible.

It’s great to see how the UK is reaping the benefits of superfast broadband connectivity and we should recognise the huge contribution of an army of Openreach engineers and planners, who have helped build this new network throughout the country over the last decade. But technology never stands still and we’re now busy future-proofing the UK with the next generation of ultrafast, ultra-reliable Full Fibre broadband.

Great connectivity’s more important than ever to our economic and social wellbeing – and it’s going to be critical to building back better and greener, post-pandemic.

These research findings chime with a detailed study from the Centre for Economics and Business Research (Cebr) which found that nationwide Full Fibre broadband would boost UK productivity by £59 billion by 2025 – and updated modelling suggests it could enable nearly one million more people to access employment including over 300,000 carers, nearly 250,000 older workers and 400,000 parents.

The Government is now focused on delivering even faster ‘gigabit’ connections to all homes and businesses through a new £5 billion rollout programme. More details on the first areas to benefit from the scheme will be announced shortly.

One in three premises already have access to gigabit speeds which are capable of delivering 1,000 megabits per second. These allow people to enjoy next-generation technologies such as 4K and virtual reality streaming.

The UK is on track to connect 4.5 million premises per year, a higher build rate than most comparable countries, and by the end of this year more than half the country will have access to gigabit-capable networks.

In response to Covid-19, the government and Ofcom agreed a set of commitments with the UK’s major broadband and mobile operators to support vulnerable consumers during the pandemic.

Providers committed to working with customers who are finding it difficult to pay their bill as a result of Covid-19 to ensure that they were treated fairly and appropriately supported, in addition to providing new and generous landline and mobile offers, such as free or low cost mobile data boosts.

The government is investing over £400 million to support access to remote education and online social care services, including securing 1.3 million laptops and tablets for disadvantaged children and young people.

The major mobile network operators are also supporting a government project enabling schools to request an uplift in mobile data caps for disadvantaged children who rely on mobile data to access remote education. Furthermore, a number of websites, including the NHS and educational websites, have been zero-rated.

The government is closely monitoring the situation, and will work with communication providers if further additional support options are required to ensure consumers get the connectivity they need.

More details on the ‘11 million’

More details about the benefits:

Reducing the digital divide and providing public value The findings suggested that the programme led to an increase in house prices of between £1,700 and £3,500, 0.56% and 1.16% uplift in prices respectively. At a programme level, land value uplifts have contributed to between £742m and £1.52bn.

This estimate represents how much house buyers valued access to a superfast broadband connection, accounting for many of the programme’s indirect effects such as enabling greater remote working and reducing commuting times.

Driving growth in the economy Overall net economic benefits of the programme from 2012-2019 are estimated between £1.9bn and £2.7bn. This is broken down into the following benefits:

Targeted areas have benefited from higher employment and wage growth and businesses have increased turnover.

The evaluation evidence suggests that the programme’s value for money is improving over time as more evidence emerges: for every £1 invested by the Government in the programme, an additional £2.7-£3.8 of economic and social welfare has been created in the UK economy.

Stimulating the broadband market Government subsidies for broadband have provided a necessary ‘incentive effect’ for network providers to invest in their expansion of their networks. The Programme has also had the effect of increasing competition in the telecommunications market in areas where smaller providers have won contracts.

As a result of higher than expected take-up of superfast broadband services, network providers are expected to return over £860 million to the public sector in ‘clawback’ clauses.

Business UK makes next step towards accession to Trans-Paci…