Building back better through innovation 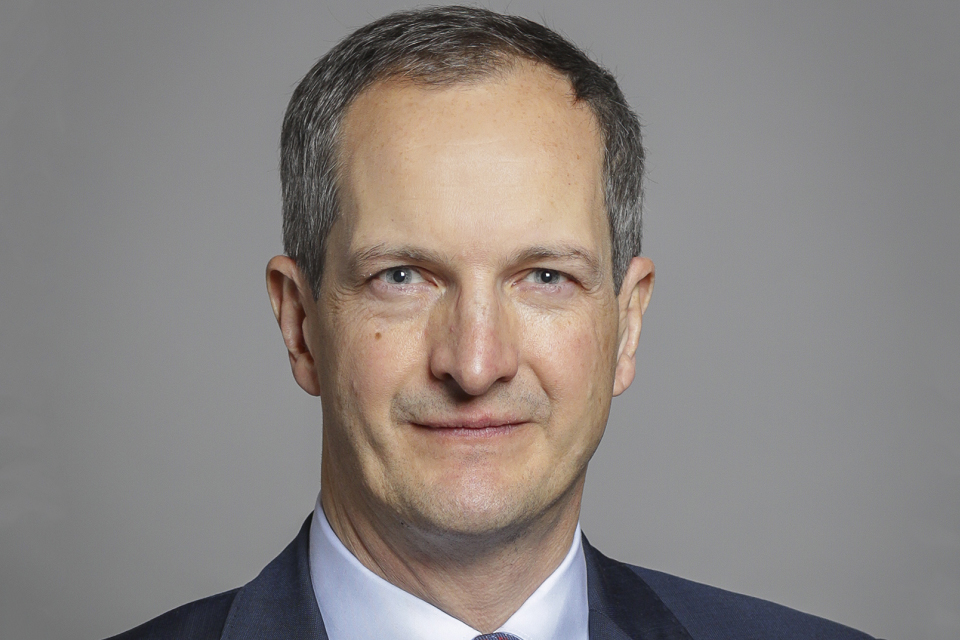 A resident of Sunderland in the north-east of England, Swan made his first prototype of the lightbulb in 1850 – although he didn’t demonstrate it until almost 30 years later.

Swan is among 21 people who might reasonably have claimed to be the inventor of the lightbulb – along with inventors from Belgium, Canada, Russia, Germany and many others.

But Edison gets all the credit. And in so many ways, it’s justified. Because he understood that the product – the lightbulb – was simply the first step. It’s innovation that allows it to take off.

And at the heart of innovation is iteration. Edison used some 6,000 different materials, before eventually settling on Japanese bamboo fibres for his filament.

Innovation is very rarely about that ‘eureka’ moment where everything just clicks into place.

It’s a collective process of gradual and incremental improvement.

Much has changed in the 150 years since Edison and Swan.

We’re now on the cusp of a fourth industrial revolution – one that builds on our digital revolution, blurring the lines between the physical, the digital and the biological.

And few things reflect the spirit of this new age better than our life sciences sector – which sits at the intersection of all 3.

But what hasn’t changed for centuries is the role of iteration in innovation.

I’m passionate about innovation. Not simply because I am, quite literally, the Minister for Innovation.

It’s a personality trait. I am an optimist. For others the drabness of today – for me the sunlit uplands of the future.

In my previous life, before becoming a Minister of Innovation, I ran the Ministry of Sound, a start-up before the words start-up were even invented.

We rode the tiger of the first great internet bubble of the 1990s, powered by the sound of house music. We had a great data business before Facebook and GDPR had been invented. NatWest told us we cleared the first online retail purchase in the country. And we were live to the global internet directly from the club each weekend, pioneers of internet broadcasting.

But what I experienced, here and in the United States, is that the businesses that really took off were the ones that could change direction on a dime.

When we launched our first album, it was enough to stick the famous portcullis club logo on the front cover to top the charts. There were loads of clubs – Cream, Gatecrasher, Renaissance, even School Disco had an album. So the battle was for the big-name DJs – Pete Tong, Carl Cox, Sasha and Digweed. They soon oversold themselves, and the competition came for tracks. And so it went on. The Ministry of Sound thrived because we were ahead of each consumer twist.

Iteration is the difference between your start-up succeeding or stumbling.

Clinical trials are no exception to this.

It’s something my friend, the science and economics writer Matt Ridley, sets out in his fantastic book, ‘How Innovation Works’, where he argues in defence of incremental, iterative processes, noting that the Wright brothers succeeded because they didn’t expect to build a flying machine at the first attempt.

But as well as the power of iteration in innovation, he argues that, for people like me in government, it’s the barriers to entry we have to watch out for.

It’s my personal mission to ensure you have the right conditions to iterate, to innovate and, ultimately, to succeed – and that means taking a hard look at those barriers to entry.

And, for me, a key part of that is to help you make clinical trials cheaper, faster and more accessible.

In normal times, this would be a challenging mission. But it feels especially challenging now, as we are still grappling with the biggest public health emergency in a generation and its impact on our life sciences sector – something I won’t shy away from.

There have, of course, been some amazing victories.

The pandemic has shown, beyond measure, the value of robust clinical trials, identifying vaccines, therapeutics and diagnostics that work – and, crucially, ruling out the ones that don’t.

Like the UK’s RECOVERY trial, the largest of its kind anywhere in the world, with over 38,000 participants, which revealed the life-saving benefits of Dexamethasone – something that has gone on to save countless lives, here and around the world.

Or the REMAP-CAP study, for which the UK has recruited 60% of trial patients globally, a study that showed how drugs ordinarily used for arthritis can also increase survival from COVID-19.

These are great achievements.

But there’s no getting around the fact that the pressure on our health and care system this past year has been immense, with real consequences for non-COVID studies. We’ve seen research programmes put on pause – or even cancelled.

There are therapeutics that would have been developed in 2021 that simply haven’t materialised because of the pandemic.

There’s no question we’ve lost something – and I share in that profound sense of loss.

I want us to be able to look back in 5 years’ time and say we made up the ground.

The first natural step is to restart what we’ve stopped.

Our ‘Restart Framework’ that we’ve built with the NIHR has supported the recruitment of over 230,000 participants in non-urgent public health studies since last April.

It is heartening to see that 76% of paused commercial studies have now reopened.

We know the challenges facing these studies continue to be great, and we are exploring strategies to better enable the full recovery of our non-urgent public health studies.

And now, with the success of our vaccine roll-out, and our roadmap out of lockdown, the sector can realistically look to the future.

But that future cannot simply be business as usual.

So our second step must be bigger and bolder.

The only way we can truly hope to catch up is to take a totally new approach, by reducing the barriers to entry, dramatically increasing the velocity of innovation in the sector, and building back better.

Not only will this help us catch up, but it can also help us tackle some of those seemingly intractable challenges, like treatments for Alzheimer’s and dementia that have eluded us for so long.

First, by making trials more accessible. Fundamentally, we have to centre our studies around patients.

Like the RELIEVE IBS-D study, which used new tech and virtual trial designs to enable rapid recruitment and safe participation from home.

At a single NIHR site in Newcastle, for example, where they used a virtual approach, recruitment was 67% faster, compared to the 28 sites using a traditional approach.

We can also make trials more accessible if we continue to embed research within the NHS and local care pathways, so research and trials are not a burden but an essential pillar of effective patient care.

And I’m delighted our 5 NIHR national patient recruitment centres are already making it quicker and easier for life science companies to deliver late-phase clinical research – at scale and at pace – through the NHS.

Second, we need to be both internationally competitive and collaborative.

We can be more competitive, by using our newfound regulatory freedom, now we’ve left the EU, to embrace new opportunities – something we’ve seen so brilliantly through the pandemic as our regulatory system has got innovative trials off the ground in record time.

I want us to attract more research to these shores – and get more UK patients to the front of the queue for new treatments.

But equally, we have to stay collaborative.

Just imagine what Edison could have achieved if he worked with the other 20 people around the world who were also developing light bulbs!

While there are many successful trials, not enough are set up in a way that can benefit the whole world.

It’s frustrating when the clinical trials in different countries aren’t recognised, because data and insights can’t be properly integrated across national boundaries.

We need to be more co-ordinated about how our trials are set up.

And we know that’s possible.

For example, at the start of the pandemic, there were no international assay standards for vaccines.

It made it harder to compare results from vaccine trials and meant that work was sometimes duplicated – or worse, unusable.

One of the reasons the UK was the first country in the world to vaccinate is because our regulator worked so hard to overcome some of these challenges.

We must continue to strengthen the frameworks that underpin clinical trials, with shared standards, so the creation and delivery of clinical trials can be as seamless as possible around the world.

Third, and finally: we have to embrace digital tools and big data.

It’s something that was done so brilliantly when we made millions of people’s coronavirus test results available to the PRINCIPLE trial.

It’s an example of how safe and ethical data access can offer up many more opportunities to work as a system.

Few things demonstrate the UK’s commitment to the principles of data sharing than the fact that 40% of sequences shared in the international database GISAID are from the UK. It’s a staggering number.

And it shows: we believe in sharing data. We believe in the power of AI to make sense of it. And we believe in genomics too, and with ever greater collaboration and innovation in this field, I believe we can make real and meaningful breakthroughs on major challenges, from cancer to kidney disease, and even in the area of population health where data, digital tools and the use of real-world evidence enable us to undertake large-scale trials and investigations at pace across the country to reduce inequalities in areas such as cardiovascular disease and diabetes that have a significant health burden for our population.

In closing: there is much to do – especially as we continue to recover from COVID.

We need a new approach – with cheaper, faster and more accessible clinical trials, staying competitive – but remaining collaborative and embracing the digital tools of the future.

This is the way that, when we meet in 5 years’ time – hopefully in person – we can reflect that, after COVID, not only didn’t we lose anything but we gained something too.

That must be the mission.

I’m so thrilled I have this chance to work with you to make that happen.

Listening and building trust: starting as I mean to go on

Building back better through innovation

Health Relaunch of the Act FAST campaign to improve strok…

Health Modified COVID-19 vaccines for variants to be fast…
0
✖