On Wednesday 9 October, on what was the Western Front just over a century ago, two Unknown Soldiers of The Royal Fusiliers (City of London Regiment) killed during the Great War were finally laid to rest with full military honours.

Father Patrick O’Driscoll, Chaplain to the 1st Battalion The Royal Regiment of Fusiliers leads the service.

To forget a human being is to say we want to be forgotten. Even though we do not know these two men by name, it is our duty and privilege to remember and learn from their human sacrifice on the battlefield. And even though time separates us, we place these men in this blessed and consecrated ground so as to always remember them and thank them for what they did for their and our generation and that in remembering their humanity they can rest here in dignity and peace, so that we can live in that way for what they died for.

The service was organised by the MOD’s Joint Casualty and Compassionate Centre (JCCC), also known as the ‘MOD War Detectives’.

It has been an honour to work with The Royal Regiment of Fusiliers to organise this burial service. We have worked hard to try to identify these men, but unfortunately today they have been buried as unknown soldiers. Despite this, their sacrifice will not be forgotten, and they have been buried with full military honours.

The remains of these two soldiers were found alongside twenty-two others during ground work at an industrial development at Briekestraat, just north of Ypres. The location, thought to be the original Irish Farm, is an original wartime cemetery created by 1st Battalion The Royal Fusiliers under war conditions. Until the discovery, it was believed that all those buried there had been transferred to the New Irish Farm Cemetery, some 300 metres away, after the war. 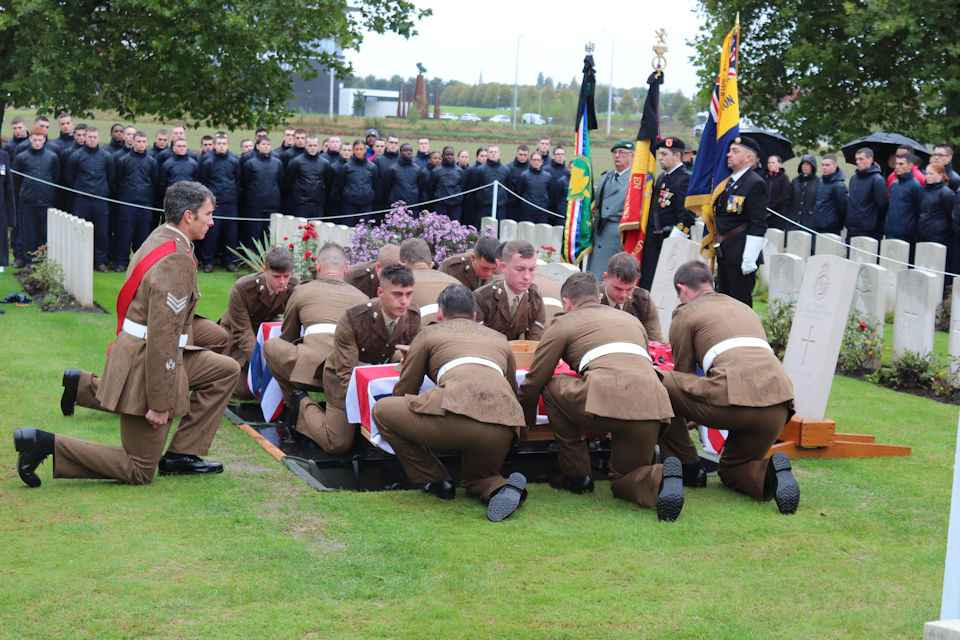 Two WW1 Soldiers Of The Royal Fusiliers (City of London Regiment) are finally laid to rest.

Nineteen of the twenty-four soldiers found were buried with full military honours on 28 September 2017. Five were not buried at the time as it was thought that they may be identifiable. This included the two Fusiliers.

Further research carried out by the JCCC War Detectives showed that they most likely died between May and September 1915 and that they were most likely soldiers of 1st Battalion The Royal Fusiliers (City of London Regiment). This pointed to four London soldiers who were all killed in June 1915 and who are commemorated on the Menin Gate.

DNA testing was carried out with the surviving families of the four potential candidates, but sadly all proved to be negative. The decision has therefore now been taken to provide a final resting place for these two Fusiliers as Unknown Soldiers of The Royal Fusiliers (City of London Regiment).

The burial service was supported by current soldiers of 1st Battalion The Royal Regiment of Fusiliers, who supplied two bearer parties and a firing party for the ceremony.

Of the remaining three soldiers, two are known to have been from The Essex Regiment. They will be buried in New Irish Farm Cemetery on 5 November 2019.

The graves will now be marked by headstones provided by the CWGC.

Although it has not been possible to identify these two Royal Fusiliers by name, we are honoured to lay them to rest with respect and dignity alongside their comrades at the Commonwealth War Graves Commission’s New Irish Farm Cemetery. We proudly mark their graves, ensuring that their service and sacrifice will not be forgotten. The Commission will care for them, together with all of those who served and fell, in perpetuity. 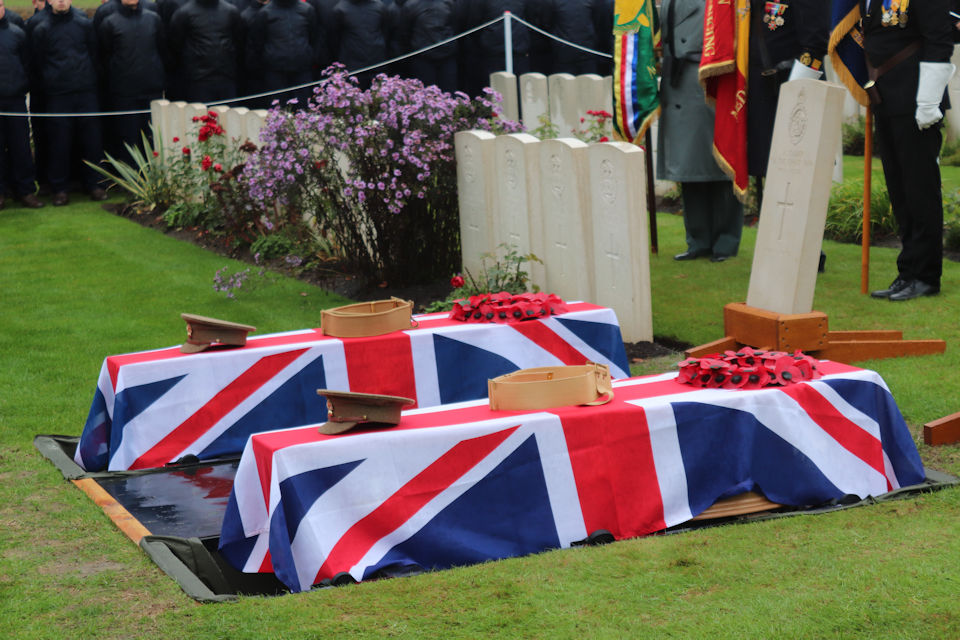 Two WW1 Soldiers Of The Royal Fusiliers (City of London Regiment) are laid to rest with full military honours.