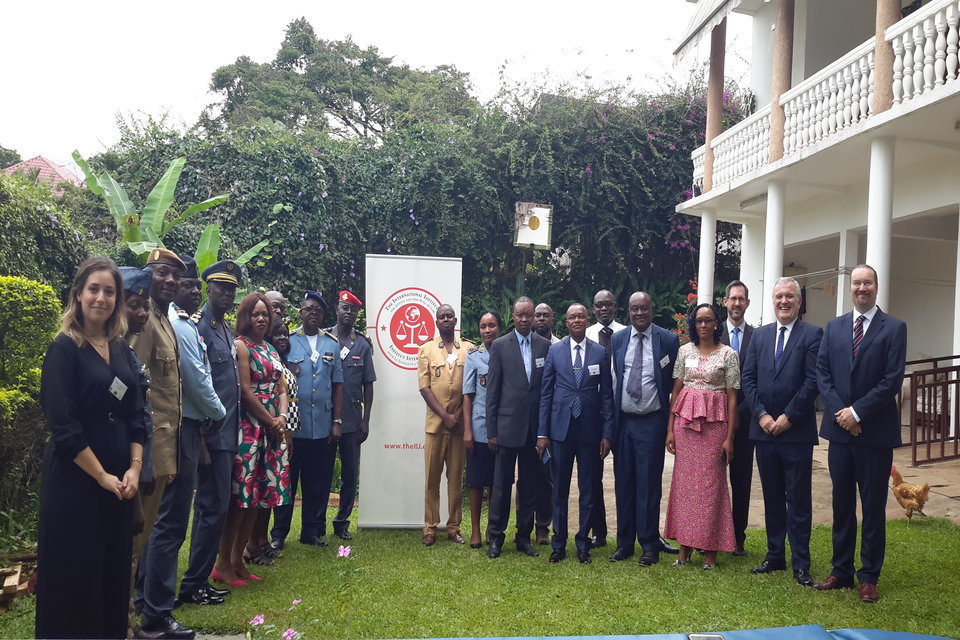 It is always a pleasure to work with Cameroonian colleagues. Their professionalism and enthusiasm for continual improvement in an environment of serious and complex threats is very encouraging.

Mr Connell was joined in delivering the training by Dr Ian Stanier, who is also a former UK senior investigator and now a leading academic in the field, and Ms Maria Ladron de Guevara of the IIJ. Future training modules are scheduled to include electronic and digital information and evidence, financial investigation and joint operational practicing.

The training was hosted by His Excellency Rowan Laxton, British High Commissioner to Cameroon, and opened in the presence of the Head of the UK Diplomatic Service Sir Simon McDonald KCMG KCVO, Permanent Under-Secretary at the Foreign and Commonwealth Office of the government of the United Kingdom. The training is closely supported by Lt. Colonel Sid Purser, UK Senior Military Adviser to Cameroon, and his personnel.

The International Institute for Justice and the Rule of Law (IIJ) is an international institute established in 2014 by 12 member states. Headquartered in Malta, the IIJ delivers rule of law-based capacity building and training to criminal justice practitioners, including lawmakers, police, prosecutors, judges, corrections officials, and other justice sector stakeholders, on how to address terrorism and related transnational criminal activities within a rule of law framework. Although the IIJ’s mandate is global in nature, the Institute’s geographic focus is partner countries in North, West and East Africa, and the Middle East. The IIJ is one of three Global Counterterrorism Forum (GCTF)-inspired institutes with a mandate of supporting the development, implementation and operationalisation of good practices to reduce the vulnerability of people worldwide to terrorism by preventing, combating, and prosecuting terrorist acts and countering incitement and recruitment to terrorism.