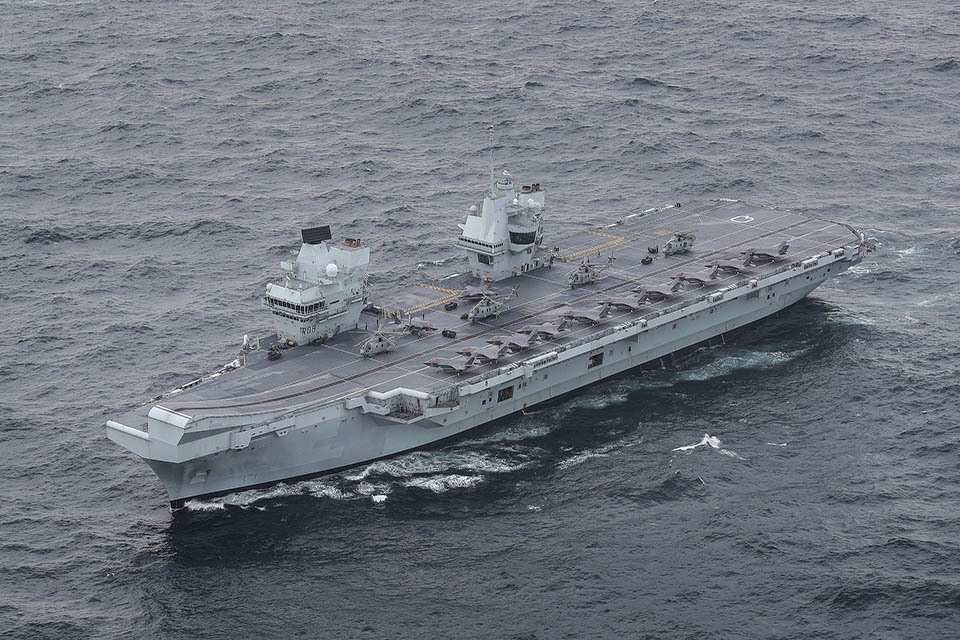 The CSG has reached Initial Operating Capability (IOC), meaning all elements of the group from fighter jets to radar systems to anti-ship weapons have been successfully brought together and operated.

Both the air and naval elements of the CSG have now met this milestone, which includes qualified pilots and ground crews being held at short notice for carrier-based operations and trained to handle weapons and maintain the equipment.

Another marker of success at this stage includes the ability to deploy Anti-Submarine Warfare capabilities such as frigates and destroyers, as well as both fixed and rotary wing aircraft including Merlin helicopters to operate alongside the carrier.

This is a hugely significant milestone for HMS Queen Elizabeth, the Royal Navy and the whole country. This achievement is a testament to the determination of our service personnel and industry workforce who have delivered this first-rate military capability, a capability held by only a handful of nations. I wish the entire Carrier Strike Group well ahead of their first operational deployment this year.

Following the success of the NATO Joint Warrior Exercises last autumn, the Carrier Strike Group capability has reached the key IOC milestone for the programme on schedule.

The multinational deployment in 2020 focussed on incorporating all elements of the CSG with 13 of the UK’s allies including Belgium, Canada, Denmark, France, Germany, Latvia, the Netherlands, Norway, Spain, Turkey, Japan, UAE and the US. Exercise Joint Warrior saw the largest number of aircraft on a British Royal Navy carrier since 1983, as well as the most F-35B jets at sea across the globe.

Full operating capability for the CSG is expected by December 2023.

International Affairs First ballot of the 2021 Youth Mobility Scheme for…

International Affairs Change of Her Majesty’s Ambassador to Somalia: K…
0
✖