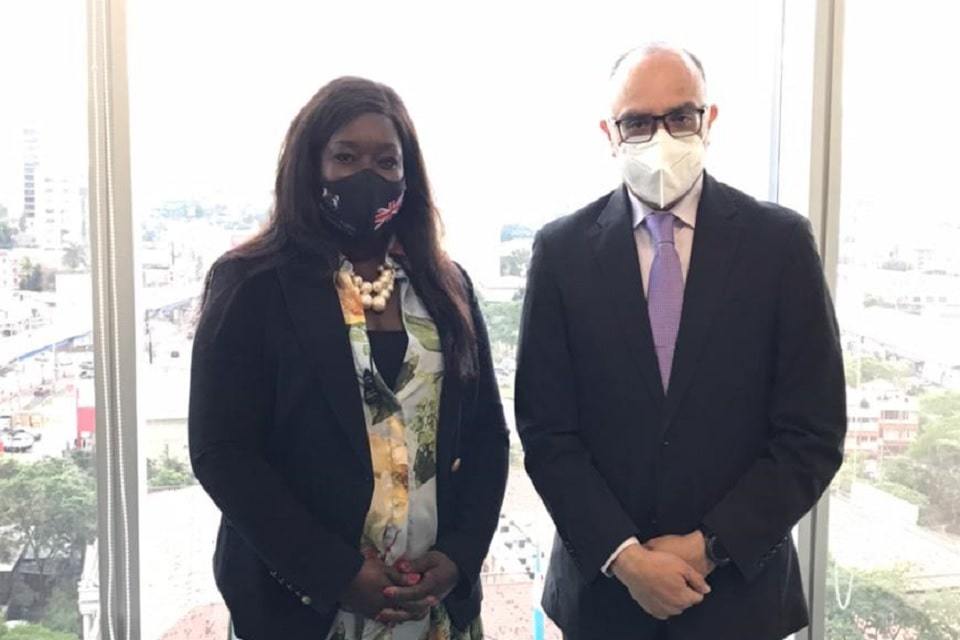 Chargé d’Affaires at the British Embassy, Barbara Amono-Oceng, met with Melvin Redondo, Sub Secretary of International Trade to discuss commercial and economic plans of the country, including the implementation of the Association Agreement between Central America and the UK.

Chargé d’Affaires explained that the UK wants to foster honest, reliable investment, through trade and mechanisms like the support of UK Export Finance (UKEF) in the region, building on the UK’s financial expertise and in other sectors like infrastructure, renewable energy and electric mobility – supporting countries to grow their economies sustainably.

The Chargé d’Affaires and Sub Secretary addressed the implementation of the Association Agreement between Central America and the United Kingdom, which has been conducted without problems since it came into force. In 2022, the Agreement will host special committees to continue building on its benefits, in order to increase trade flows between Honduras and the United Kingdom.

The Chargé d’Affaires also stressed the importance of working together with Honduras in multilateral forums, such as the World Trade Organization, in order to agree on a positive and forward-looking agenda that promotes inclusive and sustainable free and fair trade. She urged Honduras to join the international community in pressing Russia economically to end the war in Ukraine, which is generating increased costs for food and fuels around the world.

The Director for the Administration and Negotiation of Agreements, César Díaz, also participated in the meeting.

In 2021, bilateral trade between Honduras and the UK was US$182 million; Honduran exports to the UK market were US$155 million, while British exports to the Honduran market were US$27 million. The main Honduran products exported were coffee, fish, crustaceans, textiles, sugar, fruits and vegetables; while the main British products were electric motors, plastics, specialised machinery, scientific instruments, and colouring materials.