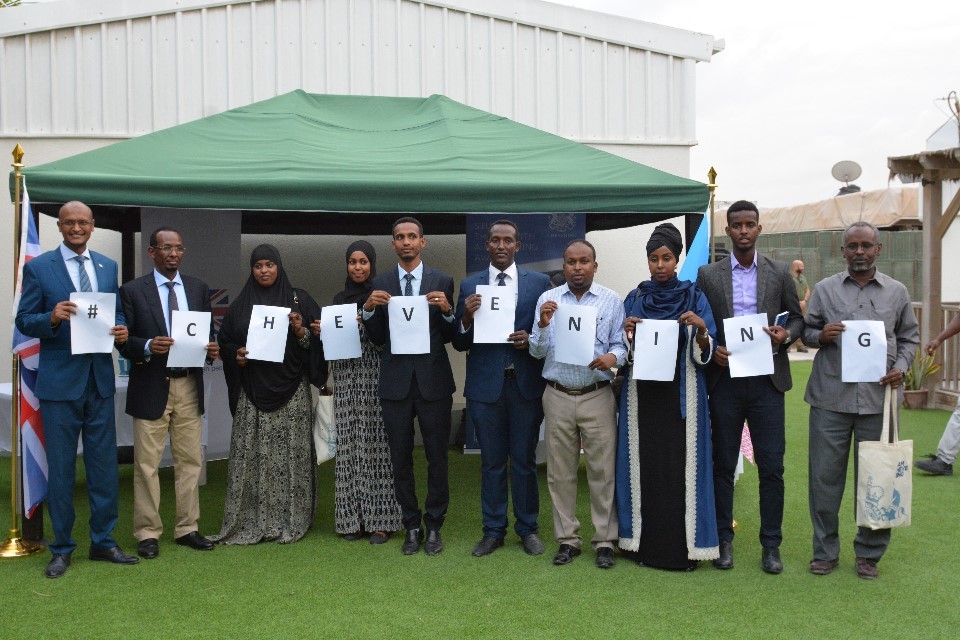 Do you want to study a master’s course at a top British university?

If so, you can apply for the British government’s flagship scholarship programme – Chevening – any time between now and 5 November.

Chevening offers full financial support for a year’s study on one of 14,000 eligible master’s degree courses at UK universities. In addition to furthering their academic studies, Chevening scholars also benefit from access to a wide range of exclusive academic, professional, and cultural events and experiences.

The scheme is for people who have already started their careers. We are looking for leaders of the future, people with talent and ambition who want to make Somalia the best it can be, and who we can help on their way by giving them a world-class education.

Since we started the scheme in Somalia, over 50 Somalis have won awards.This year we have doubled the number of scholars. In the next few weeks, eleven more will be heading to the UK. Many past scholars now play leading roles in Somali public life.

We’re now opening the application process for 2020/21. I would strongly encourage people to apply.You of course need a excellent academic background and English, but also initiative, leadership skills and a strong commitment to public service. We’re especially keen on applications from women and members of groups who are under-represented in public life.

The Head of Scholarships at the Foreign & Commonwealth Office, Ben Coates, said:

Our universities promote the creation and exchange of information and ideas, as well as the building of knowledge and networks. Chevening Scholars find themselves immersed in that world, and leave the UK after their studies having grown academically, professionally, and personally as a result.