On 27 September 2017 Andrew Foster and his wife Lucy were on a camping trip in Yosemite National Park in California when rocks, reportedly the size of cars, started to fall around them. Lucy was walking 50m behind Andrew when they heard the rocks begin to fall above them. Mr Foster was already well clear of the danger site when the rockfall began but Mrs Foster was not, and he shouted for her to run. She lost her footing on the uneven terrain, causing her to fall to the ground directly under the rock fall. Mr Foster ran back to his wife and lay on top of her to protect her from falling rocks. He suffered fatal injuries whilst Lucy, although suffering life-threatening injuries at the time, was rescued from the mountainside and made a full recovery.

On Friday 23 November 2018, at 06:49 hours, nominee Luke Ridley contacted police via a 999 call. He had been driving on the A303, close to Countess Services in Amesbury, Wiltshire when he witnessed a blue Nissan Micra vehicle leave the carriageway and come to rest on its side, partially suspended from an earth bank and at a precarious angle. The vehicle started to smoke and then flames ignited from within the bonnet area.

Mr Ridley stopped and ran to assist. There was a single female driver, aged in her 60’s in the vehicle, who was still in the driver’s seat and was disoriented and unable to free herself from her seat belt.

Mr Ridley entered the vehicle via the rear hatch and cut through the seatbelt using a tool from his own vehicle. He then dragged the occupant through the rear hatch to safety, whilst the fire was taking hold. The occupant, although disoriented and shaken, and having inhaled some smoke, was uninjured.

The police received several 999 calls from the public to alert them that the vehicle was on fire although no other drivers had stopped. The attending officers have noted that within two minutes of their attendance, the vehicle had become completely engulfed in flames with loud explosions being heard. The attending officers were in no doubt that had Mr Ridley not acted a loss of life would have occurred. 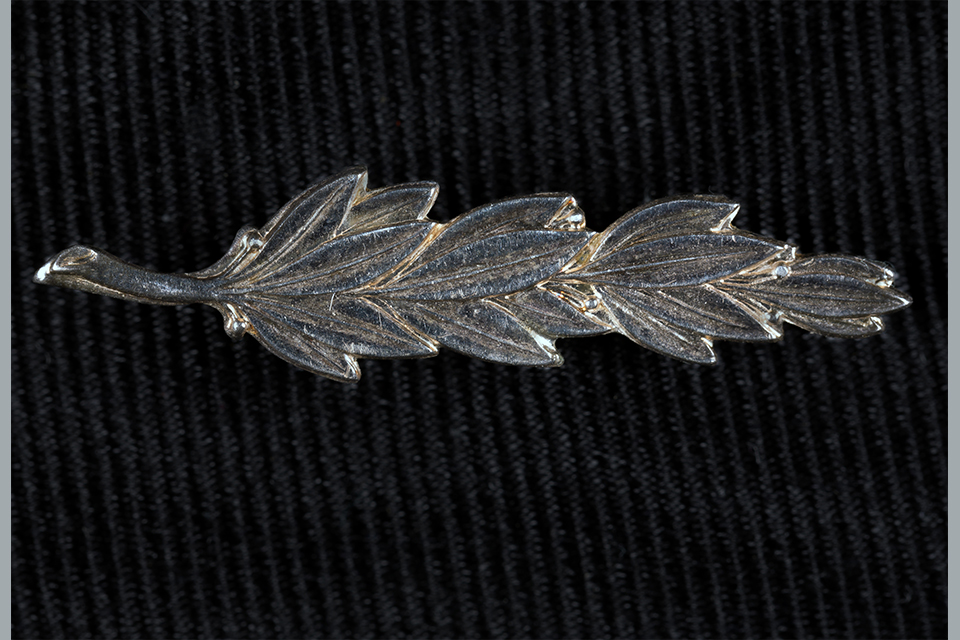 On 30 July 2017 at 10:30 pm, neighbours heard someone screaming for help and on further investigation, found that they were coming from Leanne Collopy’s home where she lived with her small child. Inside the premises, Leanne was subject to a sustained, brutal attack by her former partner who earlier came to her home for that purpose, armed with a kitchen knife. The attacker then doused Leanne with petrol and subsequently set the house on fire. The neighbours attempted to open the door but found that it was locked. As a result, the landlady and the police were called to the scene.

After repeatedly stabbing Leanne about the head and body, the attacker then started a fire which quickly spread throughout the house. Her child was found by a police officer sat upright on the kitchen counter in wet clothing. Heavy blood pooling, belonging to Leanne, was found on the kitchen countertop. The tap was running and the window was open, suggesting that Leanne had doused her daughter in water and attempted to get her out of the window, away from the fire.

Once the police arrived, an officer was able to pull Leanne’s daughter to safety quickly through a window. Leanne was also rescued but later sadly died in hospital from her injuries.

On the evening of 10 August 2018, Mrs Doble’s neighbour entered her house with a knife, with the intention of attacking and killing her. Although Mrs Doble’s front door was not locked, the attacker stormed through with such force that he broke the latch. Mrs Doble’s son Kieran was at home and saw the attacker entering the house and as a result, intercepted him in the hallway. During this time, the attacker was shouting at Mrs Doble as he made it clear that he intended to kill her.

While the attacker continued to shout and make threats, Kieran asked him to leave but he refused. Kieran then rugby tackled him and persisted in preventing him from reaching his mother. As a result, Kieran received a 30cm slash across his chest, a wound to his upper right arm, several slashes to his chin and a life threatening slash to the left side of his neck. Kieran’s girlfriend who was also in the hallway, alerted Mrs Doble that Kieran was being attacked. Mrs Doble came into the hallway and on witnessing what was happening, tried to protect Kieran by placing herself between him and the attacker. As a result, Mrs Doble received a cut to her arm from the attacker who was swinging his knife around.

Mrs Doble managed to break away and alerted the police by phone. However, she was in no fit state to explain what was happening and on realising this, Kieran took over from her and relayed helpful information to the police. The neighbour was at this point still attacking the family and his offensive threats could be heard in the background of the phone call. To protect themselves, the family sought refuge in various parts of the house. At this point, the attacker left and not long after was arrested at his home by armed police officers.

On 24 October 2018 shortly after midnight, Nottinghamshire Fire and Rescue received a report that a fire had broken out at a former care home, housing the elderly and people with learning difficulties or other needs. On arrival, the Fire Service were confronted by a male holding a handgun. The fire brigade withdrew and requested police.

Whilst waiting for armed officers to arrive on the scene, Sergeant Matthew Daley, the initial Police Commander at the scene, moved to the rear of the building with the Fire Commander to assess the danger posed by the fire to the residents. Information was relayed that there were potentially over 50 residents trapped an armed suspect in the burning building. It could be seen that one ground floor flat was completely engulfed in flames, and flames were licking up against the flats to both the left and right, and also the flats above. A short time later, armed officers arrived on scene to e****t firefighters to the rear of the building where they could begin fighting the fire. Whilst this was happening other armed officers entered the building to try and locate the suspect. The suspect was sighted in possession of a black handgun, but had moved into a smoke-filled part of the building and officers were not in a position to follow. A description of the suspect was passed to all officers on scene in case they sighted him.

The actions of these two officers was courageous, utterly selfless and displayed extreme bravery in the face of such immediate danger toward not only themselves, but other officers, other emergency services personnel and the vulnerable occupants of the building. The suspect was extremely large and had warning markers for violence and previous firearms offences.

On 30 July 2017 at 10:45 pm, police were contacted following reports of a house fire. PC Mark Fletcher and a colleague were on duty and arrived within minutes as the first officers in attendance. PC Fletcher recorded the incident on his body camera from start to finish.

He became aware of a ground floor window which was open and could see that the house was ablaze in the kitchen. A small child was sat on the window ledge inside the premises. PC Fletcher immediately pulled the child through the window and to safety in the arms of a neighbour in attendance.The child survived the incident but had around 20% burns and has had multiple operations during a lengthy period in hospital to aid her injuries.

PC Fletcher became aware of two persons on the floor inside the premises. After making a number of unsuccessful attempts to kick through the uPVC front door, PC Fletcher is heard on his body camera to say that he is going into the premises. He smashed the ground floor window and climbed in to the premises which was ablaze and was able to open the front door. Assisted by a member of the public, the officer went back into the premises and carried the victim out. She was still alive at the time, but died some time later. This was Leanne Collopy, also nominated for an award. The officer returned inside the premises and, with assistance, carried out a man who was identified as the offender for the incident and who survived the fire.

The actions of PC Fletcher saved the life of two people: a child who was just short of her second birthday and the offender, who was subsequently arrested and charged with murder. In early 2018, the suspect appeared in court where he pleaded guilty to murder and was sentenced to life imprisonment. The victim, Ms Collopy, passed away as a result of multiple stab wounds and burns, but the officer’s actions maximised the possibility of her survival.