The Coal Authority has completed work to construct a reinforced concrete cap and landscape the land where 2 terrace houses were demolished after they were damaged by an old coal mine shaft.

The project began with a report to our 24/7 hazard line about cracks in a Wigan property near the 200 metre deep, 2.4 metre diameter Wallace Colliery shaft, which once gave access to 5 coal seams that were worked from the 1830s. 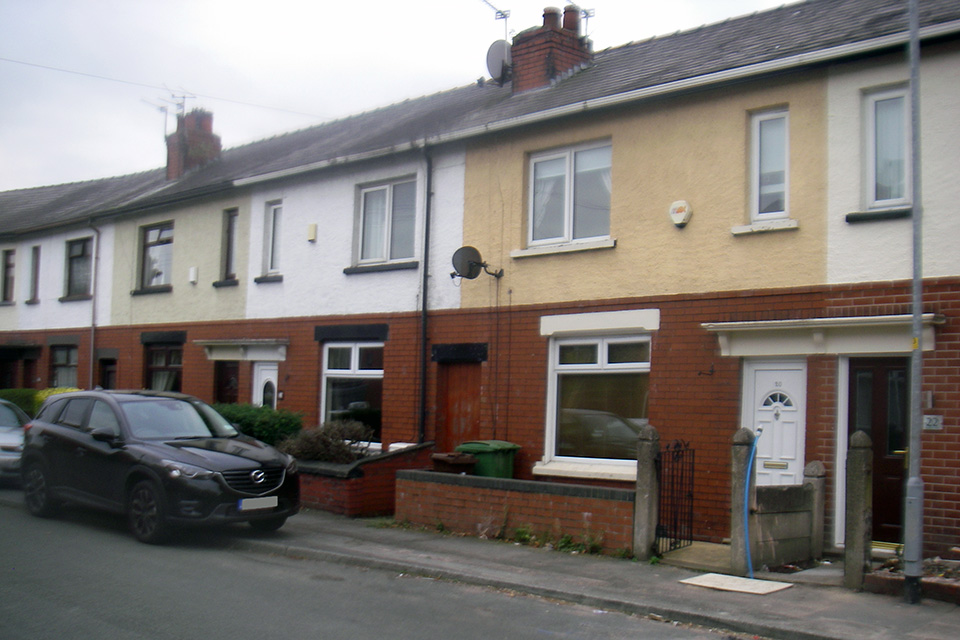 The properties when the Coal Authority was first called.

After evacuating residents and securing the area, our investigations revealed that material used in the 1920s to fill the shaft – which lay beneath a passage between two homes in the middle of the terrace on Wallace Lane in Whelley – had slumped, causing both houses to move.

To eliminate any risk we purchased the properties and, because of limited access and to minimise disruption, demolished them by hand. 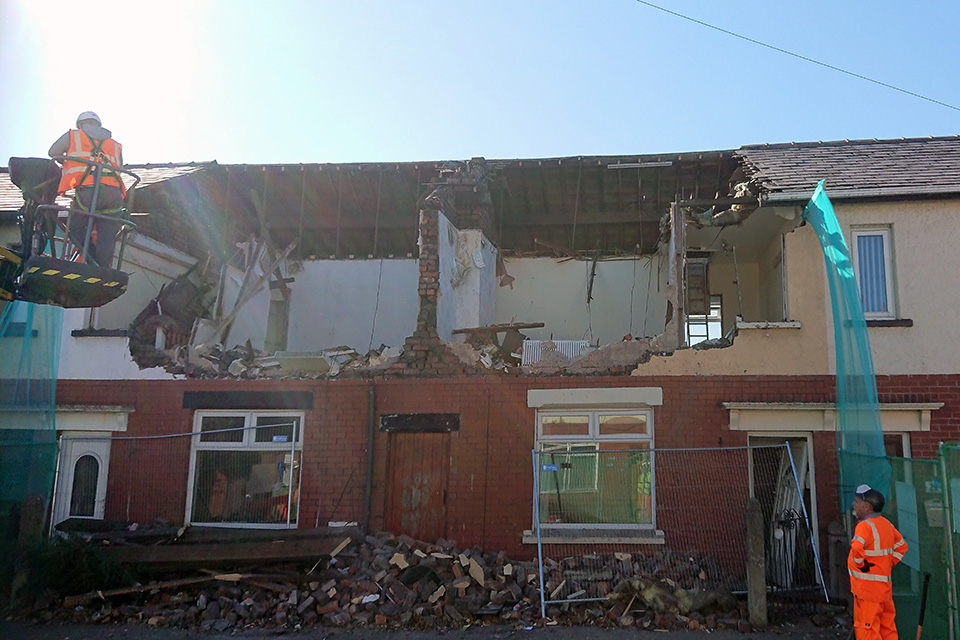 The damaged properties being demolished by hand.

The 6 metre by 6 metre cap was cast centrally over 16 steel piles, drilled 8 metres into rock, with a built-in inspection chamber to allow the shaft to be monitored in the future.

To support the two exposed gable ends of the neighbouring homes, our engineering team designed underpinnings, which were dug out and filled in 3 sections to create one continuous foundation without destabilising the properties, before the gable ends were rebuilt to modern thermal standards. 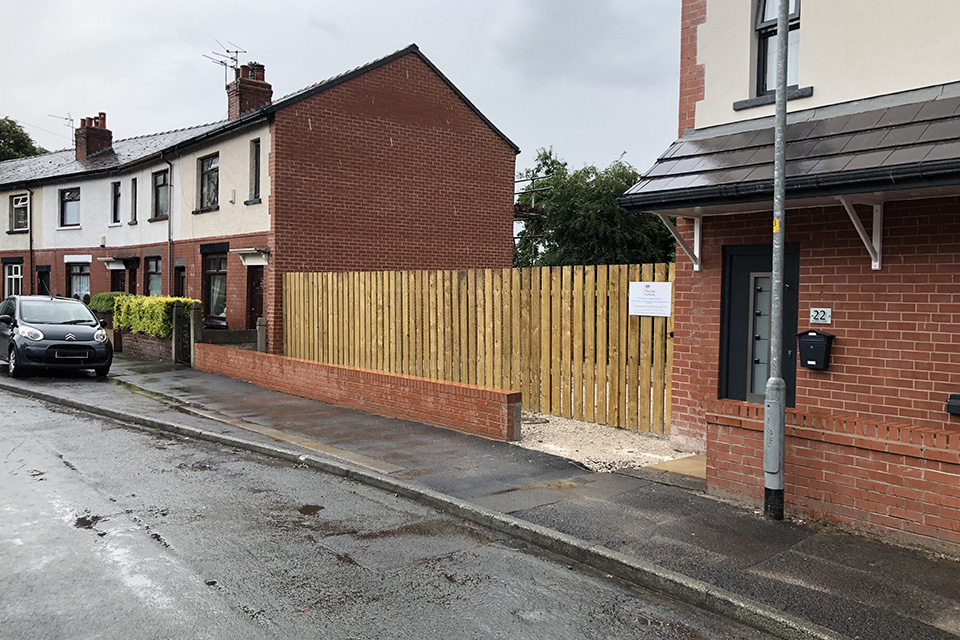 Coal Authority project manager Keith Ollivant – who liaised with contractors, the council and neighbours – oversaw the work with support from our safety, engineering, legal and property teams. He said:

These houses date from the 1930s and the builder knew the shaft was there, which is why the terrace was designed as a dog-leg with the alleyway spanning it.

They probably thought the foundations of the properties would support each other which, to be fair, they did for 80 years.

However, over time the fill within the shaft slumped, at which point the houses above weren’t supported, so they tilted, causing damage.

In this video, Keith explains what happened after he was called out to 18 Wallace Lane: