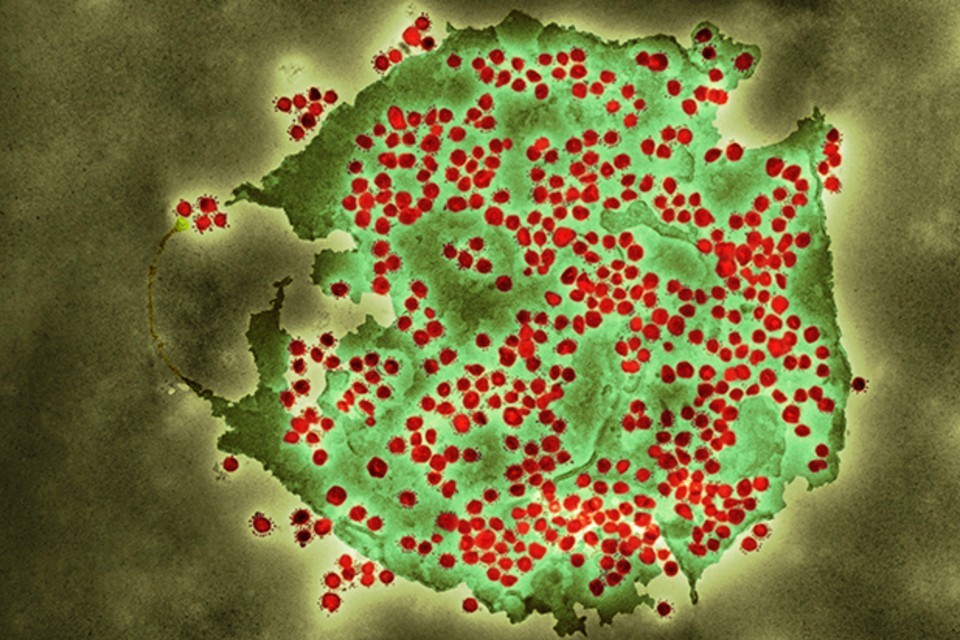 As of Thursday 14 January 2021, 35 genomically confirmed and 12 genomically probable cases of the SARS-CoV-2 variant which originated in South Africa (called VOC202012/02 in the UK, also named B1.351 and 501Y.V2 internationally) have been identified in the UK.

The second variant has been designated a Variant of Concern by NERVTAG, now termed VOC202101/02, and this variant has more mutations. We have NOT detected this second Brazil originated strain in the UK– this has been detected in Manaus and travellers arriving in Japan.

Laboratory work has begun on the VOC 202012/02 in the UK and is routinely undertaken on all variants under investigation or of concern once samples are available.

We are continuing efforts to understand the effect of the variants on transmissibility, severe disease, mortality, antibody response and vaccine efficacy.

For now, our advice remains the same following detection of a Brazilian variant in the UK, even though this is not the variant detected in Manaus with more mutations: the best way to stop the spread of the virus is to wash your hands, wear a face covering and keep your distance from others. Whilst in lockdown, it is important that we also stay at home unless it is absolutely essential to go out.

Through COG-UK, the UK is a global leader in SARS-CoV-2 genomics, providing around 48% of the genomic data supplied to GISAID, the scientific initiative which allows global, real-time surveillance of the COVID-19 pandemic.

WGS is vital to the global response to the pandemic, allowing us to monitor and understand the evolution of new COVID-19 variants and respond with timely public health interventions.

In addition to the travel ban imposed on South Africa on 23 December 2020, the Department for Transport (DfT) has announced new restrictions for everyone arriving into the country from Namibia, Zimbabwe, Botswana, Eswatini, Zambia, Malawi, Lesotho, Mozambique, Angola, Mauritius and Seychelles.

The restrictions follow new data on the steep rise in incidence of the B1.351 variant, which has vastly increased the risk of community transmission between these 9 southern African countries, as well as the Seychelles and Mauritius which have strong travel links with South Africa.

From 15 January 2021, the DfT has also imposed a subsequent travel ban to the UK from several South American countries and countries with strong travel links to Brazil. Passengers who have been in or transited through Argentina, Brazil, Bolivia, Chile, Cape Verde, Colombia, Ecuador, French Guiana, Guyana, Paraguay, Panama, Portugal (including Madeira and the Azores), Peru, Suriname, Uruguay and Venezuela in the last 10 days will no longer be granted access to the UK.

British and Irish Nationals (and or third country nationals with residence rights in the UK) who have travelled from or transited through these countries must self-isolate for 10 days, as must members of their household. Contact tracing and testing of close contacts of confirmed cases will be used to identify and manage potential transmission. The decision to impose these restrictions has been taken to prevent the spread of the variant of coronavirus, known as VOC202101/02, into the UK.

The Isolation Assurance Service (IAS) will be contacting all returnees from all southern African countries, Mauritius and Seychelles to reinforce the advice to self-isolate, to encourage testing even if asymptomatic and to inform anyone treating/testing them of their recent travel.

Regular updates of confirmed variant cases will be provided on this page.

The 2 cases were identified in the UK on 22 December 2020 and both have been in contact with someone who has travelled from South Africa. PHE’s Health Protection Teams have followed up with both cases and contact tracing is underway.

The new variant named B1.351 (also referred to as 501Y.V2) was first detected in Nelson Mandela Bay, South Africa, in samples at the beginning of October. Molecular dating suggests that it could have been in circulation from the end of August.

The rapid spread of the variant in South Africa could be an indication of increased transmissibility but this is not yet confirmed. PHE is investigating this variant and will share its findings in due course. There is currently no evidence to suggest that the variant has any impact on disease severity, antibody response or vaccine efficacy. Epidemiological and virological investigations are also ongoing in South Africa.

It is not uncommon for viruses to undergo mutations; seasonal influenza mutates every year. More than 4,000 variants of SARS-CoV-2 have been identified in the UK and variants have been observed in many other countries.

We are investigating this new variant of SARS-CoV-2 which originated in South Africa. Viruses often evolve and this is not unusual. We are carrying out work as a priority to understand the potential risk this variant may cause. It is important to say that there is currently no evidence that this variant causes more severe illness, or that the regulated vaccine would not protect against it.

The best way to stop infection is to stick to the rules – wash our hands, wear a face covering and keep our distance from others.

The recommended control measures to limit the spread of the new variant continue to be testing, following the existing public health guidance and abiding by the restrictions, including ‘Hands, Face, Space’ and limiting your number of contacts. DfT have announced new restrictions for everyone arriving in the country from South Africa.

Health AI at the forefront of efforts to treat coronaviru…