The site, covering an area of 150 hectares, is located within a triangle of land formed by the M42, A45 and A452. Current work includes construction of modular bridges over the M42 and A446, and remodelling of the road network in the area to facilitate access to the new station, as well as easing access to and from Birmingham Business Park.

Around 200 people, including graduates and apprentices, are working on the site, from HS2’s Early Works contractor LM, a joint venture between Laing O’Rourke and Murphy. This is set to increase to 250 people over the coming months as the construction of new bridges and access roads ramps up. 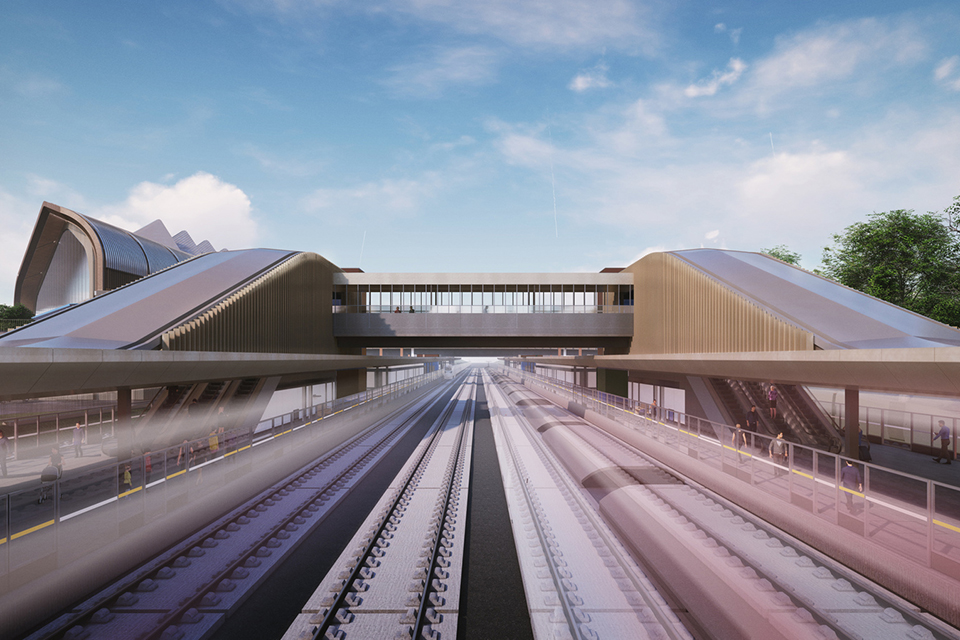 Major regeneration plans around the site, being led by the Urban Growth Company, will support 70,000 new and existing jobs, 5,000 new homes and 650,000 square metres of commercial space, generating an additional £6.2 billion GVA per year and bringing 1.3 million people to within a 45-minute commute of the station.

An Automated People Mover will link to the NEC, Birmingham International Station and Birmingham Airport, carrying up to 2,100 passengers per hour in each direction, with a link every 3 minutes along a 2.3 kilometre route. 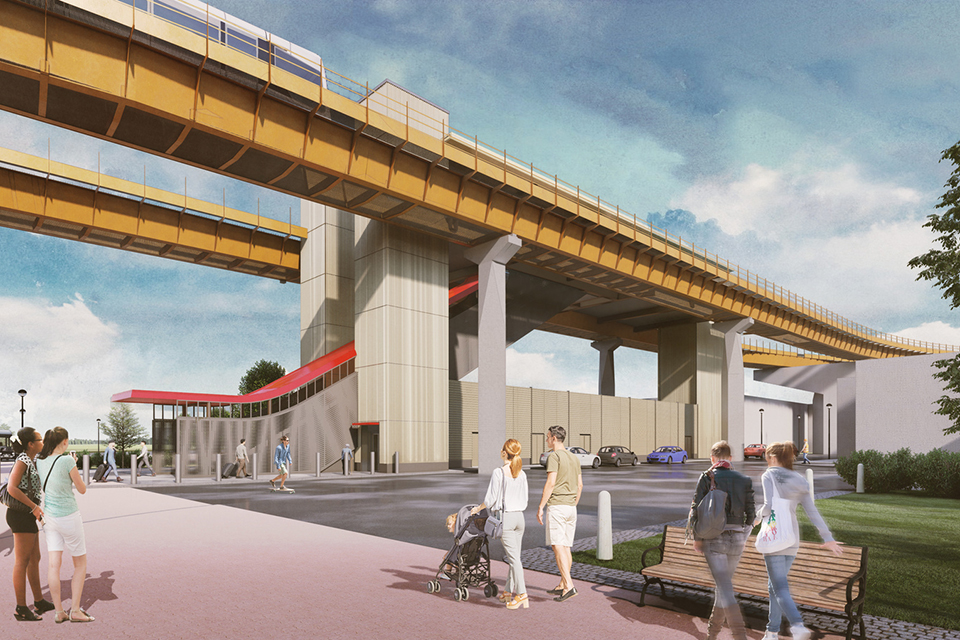 An Automated People Mover will link to the NEC, Birmingham International Station and Birmingham Airport.

It’s really exciting to see how much progress has been made on our Interchange site since early works started last summer. For the team working on one of the project’s biggest construction sites, it’s great to see it developing by the day, with bridges and roads already being built, paving the way for construction of the railway.

As a transformational project, HS2 will play a pivotal role in creating regeneration opportunities around the station, with plans for new jobs, homes and commercial space resulting in a huge boost to the regional economy.

Much of our early works programme has now been completed on the site by the LM team, including habitat creation, archaeological investigations, site clearance, and utilities diversions.

We are now pressing ahead with the project’s first permanent works near the A452, A45 and M42, including a bridge over the M42. Our modular bridge construction strategy showcases innovative British infrastructure engineering at its best – major components manufactured offsite and assembled onsite, where they’re needed – ensuring quality, efficiency, and hugely reducing local impacts.

The focus at Interchange is on sustainability, during both construction and operation. The site is using solar panels to generate power for the site offices, and at least 90% of construction waste, demolition waste and excavated material is being reused.

The new station will be net zero carbon in operation, adopting the latest environmentally friendly design and sustainable technologies including rainwater harvesting and sustainable power generation with more than 2,000 square metres of solar panels. It has been designed to focus on open space and landscaping, with new tree planting and a landscaped pond to encourage biodiversity.

By freeing up space on existing lines, for new local train services, passengers and freight, HS2 will help ease congestion and over-crowding, and offer an environmentally friendly form of transport for long distance passengers. There will be up to 5 trains per hour passing through this brand new interchange in both directions, with an estimated total of 175,000 seats per day, making this one of the best connected transport interchanges in the country and a new gateway to the UK. 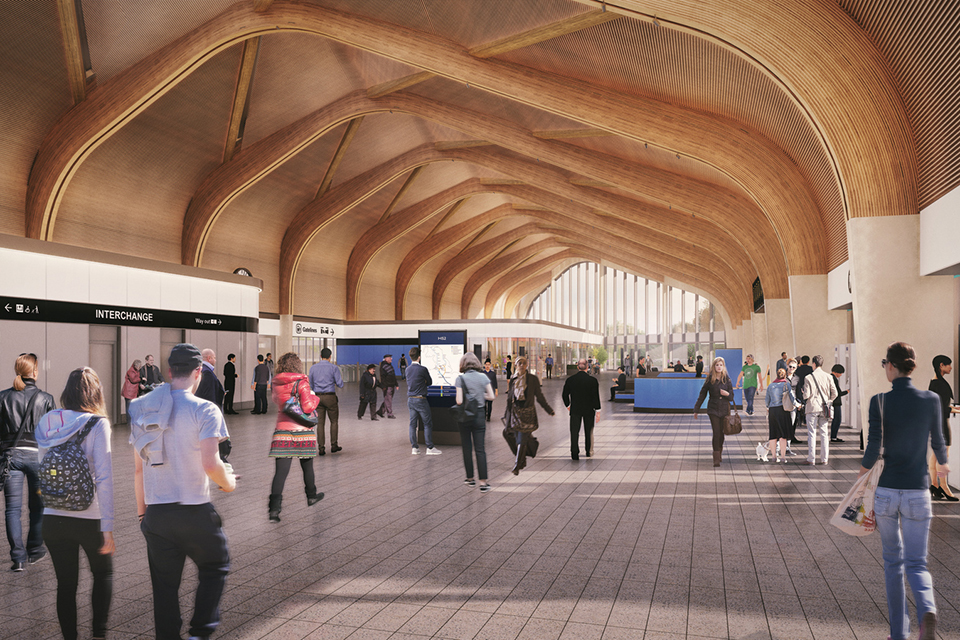 Vanessa Adams worked as an Apprentice with HS2 for 2 years and is now a Project Coordinator working on the Interchange station. She said:

Being an Apprentice working with the Interchange team at HS2 has been an exciting and eye-opening experience. I’ve enjoyed the flexibility around moving into several teams across the 2 years, meeting new people and learning about the different areas within the industry. I’ve enjoyed seeing this part of project develop over time, and it’s great to see the so much work now happening on site.