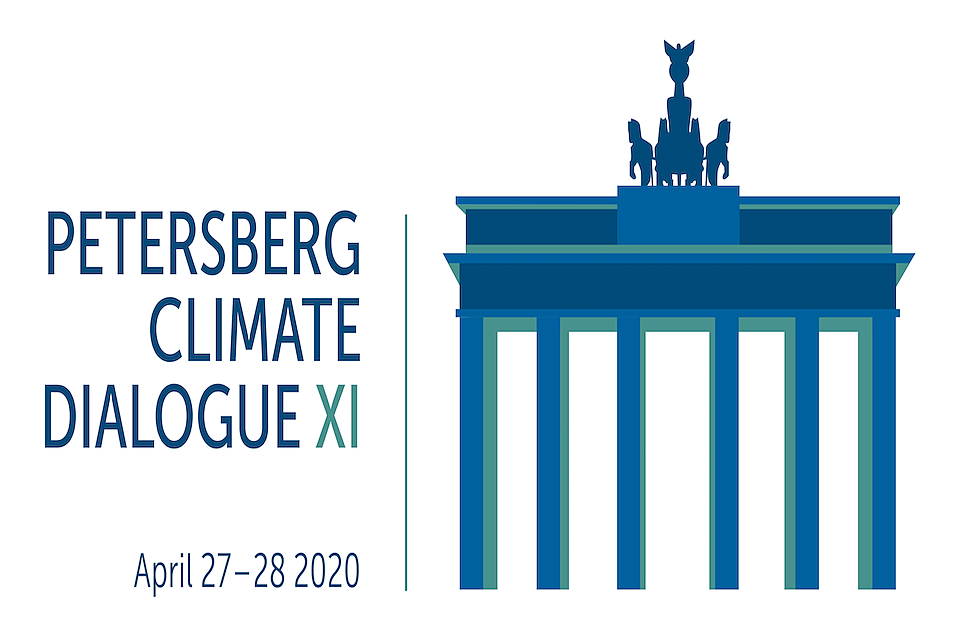 This was an online session involving international organisations, governments, business, and members of civil society.

Firstly, thank you everyone for joining us for this discussion, despite the very difficult circumstances facing so many people right now.

I am very honoured to be co-hosting the Petersberg Climate Dialogue with Minister Schulze; and it’s great to be participating in this high-level stakeholder event ahead of the ministerial discussions that are going to take place tomorrow.

While we rightly focus on fighting the immediate crisis of the Coronavirus, we must not lose sight of the huge challenges of climate change. And Minister Ribera of course referred to that in some detail.

We all know that climate risks are growing year by year. And the steps we take now to rebuild our economies can have a profound impact on our societies’ future sustainability, resilience and, ultimately, wellbeing of humans, but of course, nature as well.

And two of the areas that I think we particularly need to have our attention on are the power and transport sectors.

Energy transition and accelerating the move to zero-emission road transport are two of the five key campaigns that the UK is going to be focusing on in the lead up to COP 26.

And I believe that by actually uniting around specific issues, we hope to spur innovation, scale up solutions and bring down the costs in both of these areas. And I’ll talk a little about what’s been happening in costs in these areas

The challenge we face is how do we speed up progress towards a zero emission and climate-resilient global economy, whilst at the same time creating jobs and supporting communities through the transition? And, of course, that it is particularly important now as a result of where the global economy finds itself in the COVID-19 situation.

To meet the goals of the Paris Agreement, we need to decarbonise the global economy about three to five times faster over the next decade than we did over the last two decades.

And it is right that we should come together as we have done today – international organisations, governments, business, civil society – to discuss how we meet that challenge together.

Now, our efforts can and they must of course support each other. And government policy can encourage business investment. And business innovation can create new options for consumers. And civil society advocacy can build on support for strong policy.

And I do think that if we work together on this we can progress a lot faster.

So, just to give you some statistics.

In the power sector, the pace of progress has actually been pretty impressive. Globally, the cost of solar power has fallen by 85%, and that of wind power by 49%, since 2010.

Renewables are already cheaper than new coal power in two thirds of all countries in the world. And before long, it will be cheaper to build new renewables than to continue to operate existing coal plants. And I do think actually this is a remarkable global achievement. All countries that have deployed these technologies have helped to increase economies of scale, to accelerate innovation, to shift investment, and ultimately to bring down costs.

Cheap and clean electricity is very much a reality. But the transition away from polluting coal power is not complete.

The goal of phasing out unabated coal from power generation is now supported by 97 members of the Powering Past Coal Alliance, so this is 33 countries, 27 sub-national governments, around 37 businesses and related organisations. And the Alliance now covers more than a third of the total coal power capacity of the OECD countries.

It’s clear that developed countries should lead the way, and the UK is committed to achieving zero coal power by 2024.

Last year, if I can tell you, that only 2% of all our electricity generation in the UK came from coal, which is for us a record low. Just eight years ago, that level was around 40%. So, where we work effectively we can make a difference.

In parallel we also need to scale up technical assistance, investment, and indeed, policy support, so that clean power becomes the most attractive option for all countries, not just developed ones.

So that the global pipeline of planned new coal plants, which is already shrinking, we should aim to have that eliminated entirely.

We must support heavily coal-dependent countries in making a ‘just transition’ – it’s a phrase we use a lot, but I think we have to really give effect to that. We need to help them to move to clean energy in a way that creates jobs and supports the communities that are most affected.

Electric vehicles are cheaper to run than fossil fuel cars and are expected to be cheaper to buy by the early 2020s.

The auto industry is being hit hard by the current crisis, we all know that for those of us who are dealing with this in our own governments. And of course our immediate concerns are the businesses and jobs that are affected.

But the long-term prosperity of the industry, and for wider society, the challenge of transition is just as important.

By the most optimistic estimates, over half of new car sales globally will be electric vehicles by 2040. To meet the Paris Agreement goals, we probably need all new vehicles to be zero emission by then. In other words, we’re going to need to double the pace of the global transition.

I do believe that we can achieve this if we work together.

The UK itself has already set the goal of ending the sale of new petrol and diesel cars and vans by 2040. And in February, thanks to progress in the sector, our Prime Minister Boris Johnson announced we were bringing this target forward to 2035 or, indeed, earlier if we can give effect to that.

We have also invested in a UK Battery Industrialisation Centre, and that’s a stepping stone to our larger commitment for a Gigafactory – a large-scale battery technology factory for electric vehicles.

Now, I do believe that actually the more countries that set clear targets and policies in line with this rapid transition that I’ve talked about, the faster investment will shift towards new technologies, and the faster their costs will come down. We’ve seen that in renewables and we want to see that when it comes to vehicles as well.

Faster transitions in power and transport will absolutely have far-reaching consequences and we all understand that.

Cheap and clean power, and the scaling up of batteries and fuel cells in road transport, will absolutely open new pathways to decarbonisation in industry, buildings, aviation and shipping.

And we are only just beginning to experience the benefits of a clean economy, and we need to move much more quickly towards it.

And I do believe that whether we live in the South, the North, the East or the West, we do share one life-giving but incredibly fragile planet. We share an interconnected global economy. That is absolutely clear and has been very clear as we’ve seen the consequences throughout COVID-19.

But we also share the hope of a prosperous future.

And I hope the discussion today can explore opportunities for stronger cooperation to meet this shared challenge, working together. Absolutely, we can certainly make faster progress.

The eleventh annual Petersberg Climate Dialogue is the first major climate ministerial meeting of the year, bringing together ministers from 35 countries within the United Nations Framework Convention on Climate Change (UNFCCC).